Next of Kin: What Happened to the Paranormal Activity Franchise? 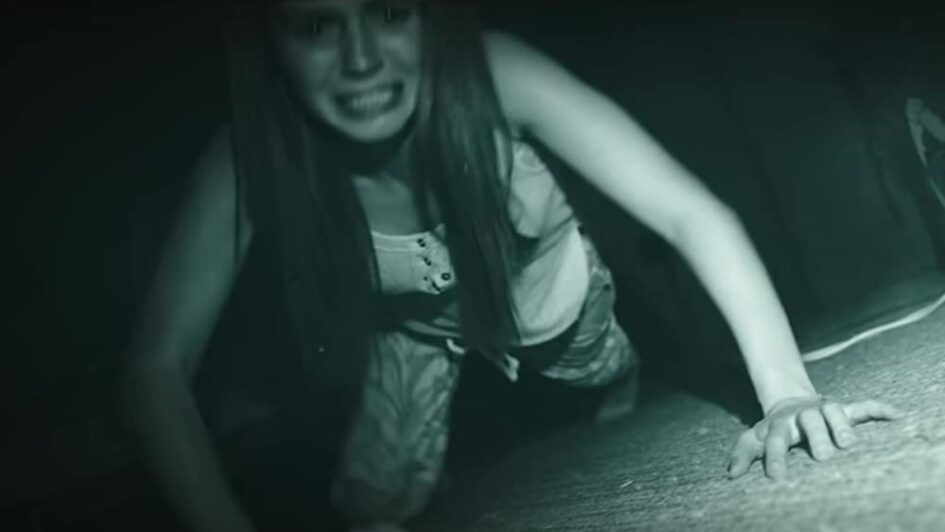 Per Matt
Paranormal Activity was lightning in a bottle for Blumhouse Productions back in 2007. The micro-budgeted film spawned a franchise, building a house of horrors for Producer Jason Blum. Now that the spooky season is upon us, I chose to watch the most recent chapter of the franchise, Next of Kin, and all I gotta wonder is: What happened to the Paranormal Activity franchise?

Back in 2015, The Ghost Dimension was promoted as the final story under the Paranormal Activity umbrella, but the more things change… there just happens to be more found footage! While critics killed the movie, it was a profitable venture, even though Franchise Syndrome had definitely kicked in. Which is why yet another Paranormal Activity release was inevitable.

Originally premiering on October 29, 2021 via Paramount+, Next of Kin is a stand-alone sequel that doesn’t necessarily follow any previous characters, but the basic premise interested me.

Margot (played by Emily Bader) feels all alone in this world. Originally abandoned as a newborn outside a hospital, she never knew her mother. After taking a DNA test via 23 And Me, she has finally found her first biological relative. This meet-up is documented, which eventually leads them to a secluded Amish community, where Margot hopes to learn more about her mother. But will these new-found revelations rock her world? Prepare for something supernatural in this spiritual sequel!

“It’s like Little House on the Prairie… but with Tupperware.”

While there just aren’t enough jump scares for my liking and the plot’s development is way too much of a slow burn, I truly thought this could be a stand-alone film without the “Paranormal Activity” title.

In fact, I truly enjoyed the storyline being based at a rural, snowy location (kinda like the premise of A24’s X). I want to know more about the Beiler Farm, as looks can be deceiving for the big-city folk. Give me more stories about the demon Asmodeus, which I can only assume will happen at some point in the future. I’m already interested in those story elements, but I really wasn’t sucked into this world enough to care about the main characters.

While there’s plenty of bumps in the attic, sometimes people are simply asking for it whenever they’re rummaging around where they don’t belong. I’m OK with curiosity killing the cat, but I want to feel invested in our hero. That didn’t happen with Next of Kin, and that’s too bad.

I don’t know if found-footage films are dead. While I despise their motion-sickness inductions, I do understand the necessity of the format, even if they really upset my stomach. Film No. 8 in the franchise has already been announced (Paranormal Activity: The Other Side), which returns to a familiar character. So, will this Amish adventure simply get lost in the shuffle? There most likely won’t be another Rumspringa reboot, and that’s too bad. But streaming services need familiar intellectual properties to lure in prospective customers, so don’t you dare believe that this one will be the final straw for the franchise.

Scream was Wes Craven’s movie that was promoted with the headline: Sequels suck. Eventually, it led to a sixth story getting greenlit and it’s the only time a franchise was born that I wasn’t disappointed in (at least for a few films). I wouldn’t mind a series of familiar-feeling stories set within the Paranormal Activity Universe, without actually being sequel within this franchise. While that horse has already left the stable for Next of Kin, I am hoping this franchise can eventually right its past wrongs.

But how many whiffs will it take?