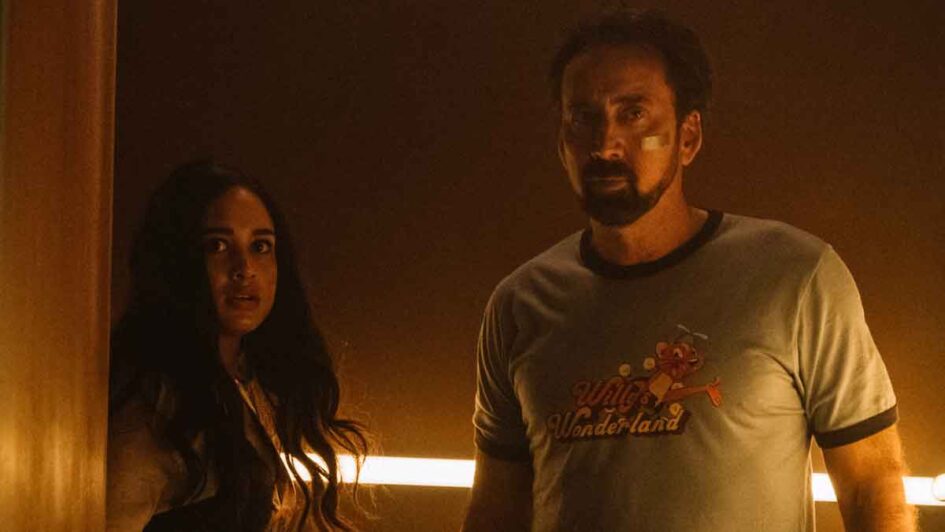 Imagine you have been hired to work inside a themed restaurant. All you’ve got to do is be the the overnight janitor. Sounds easy, right? No one to bother you. All you have to do is clean up the place, so it is ready for the next day. Yeah, the place is like a Chuck E. Cheese or Showbiz Pizza. It has animatronic characters, but they are all turned off. Not like they are going to come alive and try to kill you. That kind of stuff only happens in internet Creepypasta memes.

If that premise sounds familiar to you, it should. Especially if you are an avid gaming fan. This is basically the story for the Five Nights at Freddy’s horror game franchise. The game pits you as a security guard trying to stay alive while Freddy Fazbear and his gang of robots try to kill you. The original installment of the game was released in 2014 and was a huge hit. As of early 2021, it has spawned a total of seven games in the series, along with four spin-offs. Multiple novels were created, expanding the universe even further. Not to mention there are tons of toys, collectibles and other merchandise readily available. To say the game is a success is an understatement.

One thing that has been missing from the list has been an official movie. For all of FNAF’s success, a motion picture has not been made. In 2015, Warner Bros. showed interest in releasing an adaptation, picking up the rights. But after multiple failed scripts and changes, the property was seemingly dropped. Blumhouse Productions last stated in November of 2020 that the movie was still in its plans, even going as far as saying that a script had been approved, with initial production plans slated for Spring of 2021. The major hurdle appears to be related to the script just not fitting correctly.

With the delays in the production of an official Five Nights at Freddy’s film, other movies have jumped in to fill the void. Warner Bros. was able to release The Banana Splits Movie. Based on the television series of the same name, The Banana Splits Movie was much easier getting a script in place. This is probably related to the show being from the late ’70s to early ’80s, and scripting would not necessarily have to be perfect. The film was received with generally positive reviews, but left many wanting the FNAF film for comparison. Hulu also jumped into the animatronic horror movie business with The Hug, a short film that was part of the Huluween series for 2018. While not a full-length film, The Hug introduced us to Pandory, a evil robot panda that murders the customers of a small pizza shop. The Hug was voted “most likely to become a feature film.”

And then there is the newest film to torment those with Robophobia: Willy’s Wonderland.

Willy’s Wonderland is a straight-to-streaming film from director Kevin Lewis, written by G.O. Parsons. Nicolas Cage stars as an unnamed man (given the title “The Janitor” in the credits), traveling through the remote town of Hayesville, NV. His travels are interrupted when he hits a spike strip set in the road. Before he can do anything to assess his situation, a tow truck shows up to take his disabled car to the town’s repair shop. As the shop only takes cash, the quiet stranger agrees to work off the repair bill by cleaning up Willy’s Wonderland, a family entertainment center.

That same evening, a group of teenagers from the town plans to burn down Willy’s, claiming it is a place of evil. They know that the animatronics inside are in fact possessed by Satanic cannibals, and that everyone who enters the venue is in danger. Discovering the man inside working, the teens attempt to rescue him, only to find the man has already fended for himself, destroying two of the animatronics before they even arrived. Recruiting him to help dispose of the remaining robots, the group begins their purge.

Nicolas Cage has simply been brilliant in his recent films. I know I became a fan of this reborn version of Cage with Mandy (2018). Nicolas was in full beast mode as he trounced demonic bikers on his way to avenging the death of his love. The term “Crazy Cage,” made famous after Face/Off, took on a whole new meaning with Mandy. And then, when I thought he could not top that level of weird, we were bestowed the gem of Color Out of Space (2019). That film was straight from H.P. Lovecraft, showing Nicolas trying to protect his family from an otherworldly entity. If you have not checked out Color Out of Space, stop what you are doing and go check it out. It’s hard to find words to describe the level of chaos in it.

And now, we have Willy’s Wonderland to add to the mix of great Nicolas Cage films. As the mysterious janitor, Cage doesn’t utter a single line of dialogue during its 88-minute run time. Normally, I would find this off putting, as I want character development. I want to know the who, what, when, where and why behind the main characters in the films I watch. And if I don’t get that, I usually roast the film for that glaring failure. But with Willy’s Wonderland, I found that the air of mystery behind The Janitor somehow made sense. It was odd. Yes, I truly 100 percent want to know more about him. Who is he? Why was he not in the least taken off guard by killer robots? I just accepted he was an animatronic killing bad ass. And I didn’t mind that one bit! Dammit, I want more Crazy Cage!

Willy’s Wonderland truly is a five out of five star film. I don’t think any other actor could have pulled off The Janitor like Nicolas Cage. Was there a lot of plot and backstory left on the table? Yes! And that makes me hope that this was simply an appetizer for more to come. Both from Nicolas Cage, as well as the Willy’s Wonderland team. Five Nights at Freddy’s got a ton of high-quality sequels. Willy’s Wonderland deserves at least another rocking horror fest.