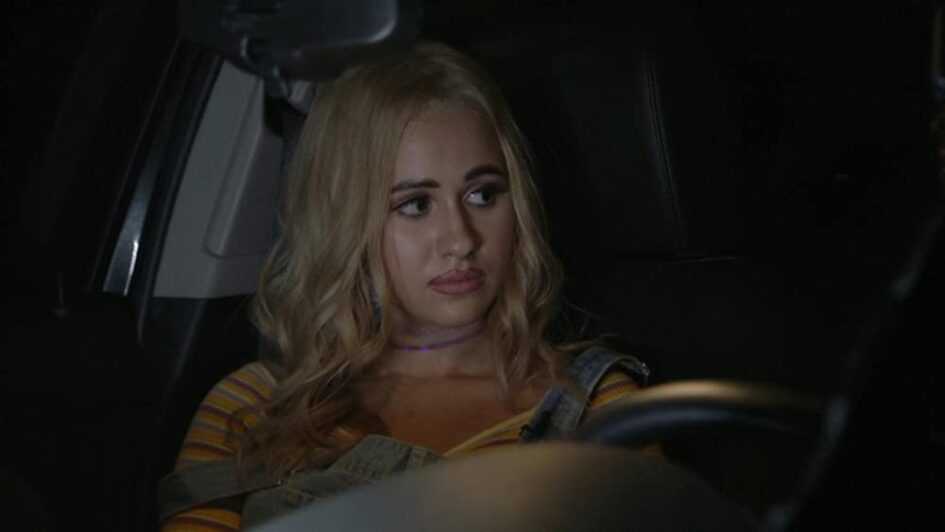 Per Matt
In preparation for writing up Borat Subsequent Moviefilm, I decided it was about time to catch up on a previous Sacha Baron Cohen movie that I had missed, so I’d kind of know what to expect this time around. The Dictator, which absolutely looked ridiculous, didn’t seem like my cup of tea when it was released back in 2012, and I couldn’t have been more wrong. I was shocked by all of the great cameos and its writing. If only Subsequent Moviefilm could have been directed by Seinfeld hero, Larry Charles…

Before watching the Borat sequel, I took a peek at the film’s IMDb page. Nothing really stood out than the movie’s 28 producers! And after watching it, the film absolutely felt like there were too many cooks in the kitchen. An absolute political hack job, Subsequent’s entire runtime was spent attacking Cohen’s opposite point of view. The only thing that made it barely tolerable was Maria Bakalova’s presence.

Appearing as Borat’s daughter who unexpectedly stowed away when her father travels to America, her main role is to be educated (in all the wrong places) as the perfect wife, since she will be given as a bribe to Vice President Mike Pence, courtesy of Kazakhstan. If that doesn’t sound like a hoot, well, you’re right.

As Tutar Sagdiyev, Bakalova steals every scene she’s in. Since I’d never seen her before, the Bulgarian actress was a breath of fresh air every time she was in front of the camera — especially in all of her embarrassing moments! By the film’s conclusion, I felt like Tutar’s arc was the most enjoyable.

OK, so I was originally a fan of Da Ali G Show (way back when I actually paid for HBO). Many of the pranks from Subsequent Moviefilm are unfortunately recycled from that television series, which originally aired 21 years ago! As a political satire, the show originally skewered both parties (and the country in general, as the actor is British, seemingly acting as if he’s better than everybody else). It’s possible that I’ve outgrown Cohen’s humor, as I don’t like watching people getting humiliated on camera for others’ benefit. And in this age of political demonization of rival parties, that type of “humor” is only continually dividing us, as a nation.

Not a whole lot of Moviefilm is original or funny, for that matter. But at times, my heart went out to Tutar, as if this fake character was a real person. Others have noticed, as well. The Music City Film Critics’ Association awarded Bakalova their Best Actress prize for 2020 and she’s receiving more accolades from other critics and organizations. The Golden Globes recently nominated her for Best Performance by an Actress in a Motion Picture – Musical or Comedy.

I don’t know if it’s time to #CancelBorat as more than 100,000 Kazakhstanis declared online, but it’s probably time to retire these characters. More appropriately, how about we just end all of the political polarization? I’d still rather re-watch The Dictator, in all its humorous glory.