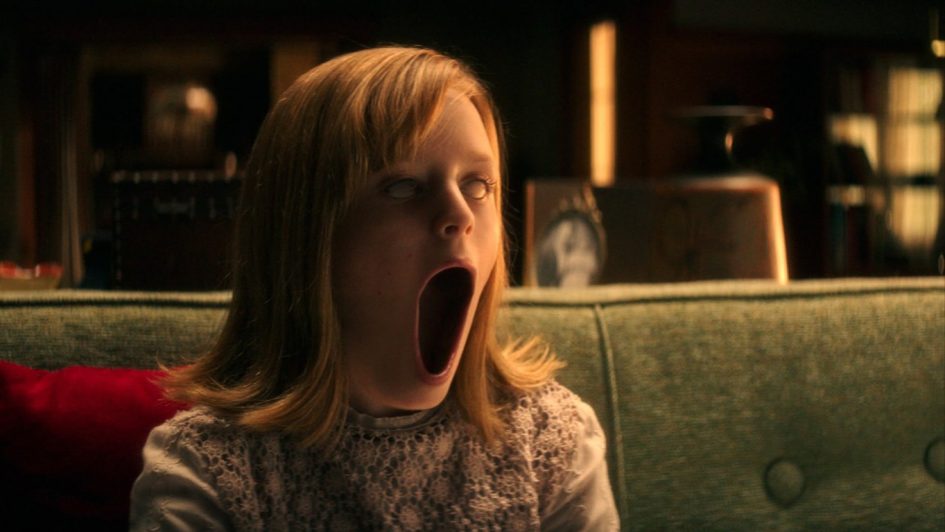 So, a priest, a 9-year-old and a Ouija board walk into a bar… and basically, that sums up the second installment of Ouija. I actually really enjoyed the film. It was a great improvement from the original. It was definitely a fun time at the theater.

The Ouija board is a game that has been around since about 1890 and as far as I know, it’s the only horror-based game to get a movie (several, in fact, if you include the Witchboard films) based on it. Both the first film and this one do a good job of turning a scary board game into an enjoyable film, and anyone who has seen movies based on films knows this isn’t always the case with gaming movies. While the first film did the job, it was rather forgettable. This film makes up for what the first one lacked and goes a long way into making this a real franchise. I definitely think we will have a third Ouija movie in the future.

The second installment is about how the board in the first film got “haunted” to begin with. Taking place in 1967, the director took pains to make sure the look of the film was spot on. Not just the clothing or set design, but the actual film. Much of the movie looks like it was shot with a filter to give it a slightly aged look and there are burn marks in the film, something no longer necessary in the digital age. All of this works together to make you feel like you aren’t just watching a horror movie set in 1967, but perhaps one that was made then, too.

Fans of movies like The Conjuring and Insidious will enjoy the film’s narrative. In a fashion similar to these films, a big part of the movie is the set up before the storm. The actors did such a good job in their roles portraying a mourning family who desperately miss their father that I got a bit misty eyed a time or two. It’s also pretty obvious that the larger budget allowed for better special effects and makeup. This definitely helped up the ante, so to speak, from the last film. Sure, the story seems to involve all the things we have seen before in supernatural horror films, but that actually makes the film better. There is a priest, a possessed child, a Ouija board, a widowed mother alone with her children and a few other things familiar to the horror world. This film throws everything but the kitchen sink at you in an attempt to garner scares. There isn’t necessarily anything new that horror fans haven’t seen before, but perhaps that is exactly why it works. It’s comforting, like an old ’80s horror VHS find in the video store.

Don’t let the nostalgic feel of the film lull you into a sense of ease, though. The film has some real chills in it that will have ardent horror fans talking about the movie for weeks to come. This movie goes way past just cashing in on a board game and nostalgia, it has moments of real bite. I give the film four out of five stars for telling a compelling story that made me care about the characters. Horror fans will want to put this one on their must-see list for Halloween.

Ouija: Origin of Evil is currently in theaters.