Parasite Breaks All the Rules as a Horror Movie 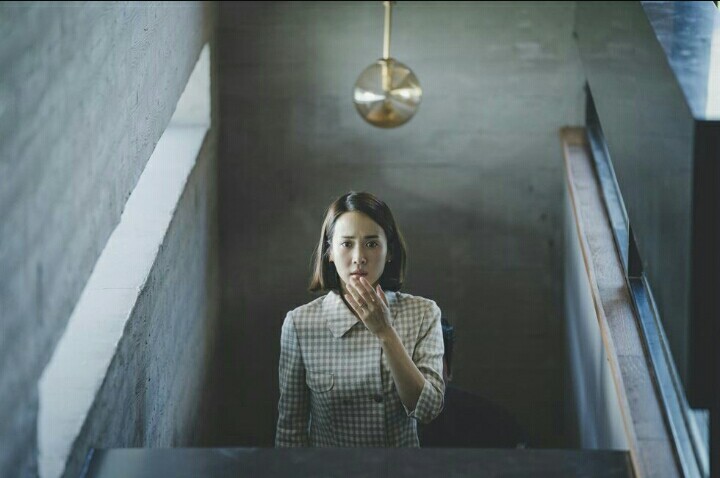 Per Matt
Black comedy, home-invasion drama, psychological terror or thriller, no matter how you attempt to describe the foreign film, Parasite, the one constant you can’t ignore is how effective it is. This South Korean-subtitled movie tackles social issues while featuring an intellectual battle of the haves vs. the have nots, as the wealth-gap war is fought with the ultimate goal of survival lying in the balance.

Written and directed by Bong Joon-ho, there’s a fine line separating the economic divide in Korea. An elaborate plan is hatched as a poor family slowly earns the trust of a rich one, wriggling their way into their lives, foolishly becoming its most trusted allies, while learning to become irreplaceable, just like a parasite lurking beneath the surface. About the mid-way point of this economic horror film, the entire family of con artists finally realizes they can’t make this charade last forever, as more lies are built upon lies in order for them to hopefully climb the economic social ladder. Here is where a secret underground bunker is discovered and the storyline gets even more layers, as the gullible, naïve and rich family’s trust chain slowly erodes away.

Part ghost story, slasher and eventually a haunted-house tale, the last half of the movie is sinister… ultimately depicting a story about earning respect. Much like Get Out, the big reveal is at a formal gathering, but Parasite feels like it’s got a stronger spiritual connection to Jordan Peele’s other horror movie, Us (although I recently watched Beneath the Planet of the Apes, and even that theme feels somewhat similar).

The antagonists are definitely sympathetic and at times the protagonists become the bad guys, dependent upon the situation. Parasite is definitely a complicated, twisted tale, one which I hope everyone will see very soon. Survival is a family affair for these sneaky characters, as their hidden nature becomes creepy and ultimately leads to their downfall, no longer are they hiding in plain sight.

The story’s politics never beat the issues into your head, although there’s definitely a few unflattering North Korean provocation references made by its southern neighbors, in a verbal battle of intimidation that’s satirized at times.

Winner of the 2019 Palme d’Or (the highest honor at the Cannes Film Festival), Parasite is nominated for three major Golden Globes, as well as a Screen Actors Guild Award nom for outstanding performance by a cast. I have a strong feeling that as more people watch this, its cinematic recognition will follow. I really hope the awards show voters don’t discount this movie because it’s a foreign film and stick with name recognition, as those domestic bigger-budget productions were mostly let-downs in 2019. I also hope that the notion of winning the Best Picture statue for a horror movie isn’t a huge stretch. Parasite could — AND SHOULD — eventually rack up some Oscar wins this year and I will definitely be pulling for the production as the underdog that beats the big boys at their own game this year.