Apollo 11 May Be the Best Documentary, Ever! 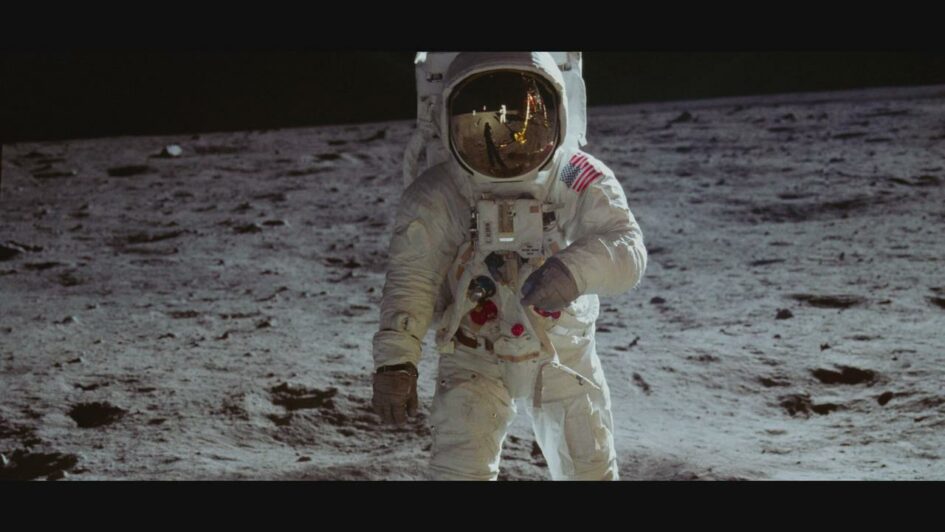 Per Matt
Knowledge of everything pertaining to outer space is imperative for the survival of the human race. While it may not be conquerable, man’s journey to survive the harshest of environments began with Yuri Gagarin’s record-breaking journey outside of our atmosphere and was extended with the landing of man on the moon. Archive footage and exclusive interviews bring America’s space race to life in Neon’s excellent documentary, Apollo 11.

Showcasing much of the environment that led up to the fateful take-off, including incredible behind-the-scenes footage of mission control, prepping the launch pad, gearing up into a spacesuit, the nervousness of a Florida audience and all of the environmental sounds that build up plenty of tension make this an intriguing movie to watch. 2019 marked the 50th anniversary of the Apollo moon landings and this film brings history back to life, in bright colors and impeccable details.

The enormity of the mission is highlighted by flashbacks to the astronauts’ childhood home videos, along with wedding and training photos. Everything in their lives has led up to take-off. Brief voice overs by classic Walter Cronkite television newscasts and flight control personnel create the story, built up by moody orchestral music. There’s lots of radio chatter as the centuries-old dream becomes reality.

One of the greatest aspects of this film is the work of an expert director. The minutes-long segments showing the silence of mission control, creaks and groans of the moving equipment and the sense of humor during technical glitches (“I promise to let you know if I stop breathing.”) tell the story through actual events without requiring much narration, whatsoever. Apollo 11 does a great job showing the environment that includes everything and everyone helping and watching as the rocket takes off, the small talk among the astronauts, the awesome flight cameras from the mission constantly rolling and the pictures taken from inside the cockpit.

If mankind is ever to take one small step onto the red surface of Mars, if Space Force is ever to protect the interstellar interests of the United States, if there’s any remote chance of terraforming harsh alien environments, it all began with mastering the moon’s difficulties. I can only imagine how incredible this would look as an IMAX movie instead of something watched on a DVD screener on my home television. Speaking of which, the only complaint I have concerns the font size, labelling the countdown and names of major players, which is way too small (and would have been easier to read had they been labeled in color and not a light shade of white).

Everything is told chronologically and seemingly in real time and the smaller, more trivial things are amusing, including weightless shaving, listening to music and the small talk in outer space. The two times which could have been improved happen when a white flash moves across the screen during lunar lift-off, which could actually be a UFO and is never referenced and an extended blackout during the astronaut’s re-entry. Other than that, it was so smart of NASA to record everything, from mission-control discussions, to outer space cameras, to military recovery operations in order to make this an entire storyline, with very few plot holes involved… I really wouldn’t change a thing.

The slow motion of the rocket’s ignition sequence is incredible and the Transposition & Docking Maneuver is powerfully dramatic. Lined up against Apollo: The Forgotten Films, there really is no comparison. The finer details are impressive and the larger moments will blow you away (that is, if your surround sound system is on). I could geek out to this kind of stuff all day long, every day of the week, trying to find the finer details I may have missed in previous viewings. I really wish First Man could have been half this good.

There was lots of pressure, as well as plenty of downtime during this trip, but there it was no time for lunar golfing for our astronauts (that will take place during the Apollo 14 mission). The unseen 65 mm footage and uncatalogued audio recordings really bring this 1969 mission to life, along with the original score by Matt Morton and the sound design, mixing and editing by Eric Milano, making this film feel incredibly unique.

Already nominated for 42 awards (including three nominations from the Music City Film Critics’ Association) and having won 32, hopefully you haven’t heard the last from Apollo 11 through the remainder of the 2019 awards circuit. It really is great. Overall, it’s easily the best outer space doc out there and it very well could be one of the best documentaries, ever.