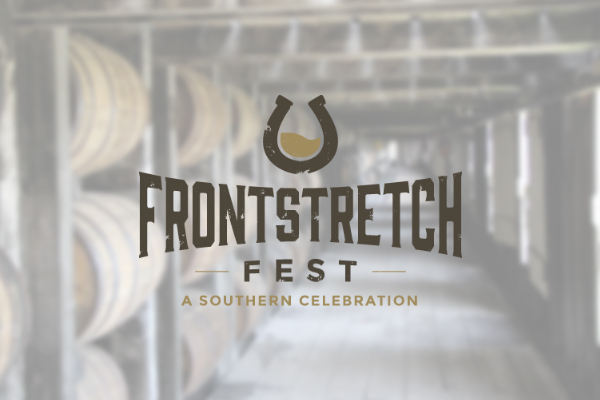 Per Matt
In its inaugural year, the Frontstretch Fest brings beer, bourbon, bites and horse racing to Tennessee and North Carolina in hopes of creating a new Southern tradition.

Later this year, the Frontstretch Fest will be throwing a party that celebrates the South. Taking place in Raeford, NC on April 4, 2015 at Carolina Horse Park and Nashville, TN on May 2, 2015 at Nashville Farmers’ Market, the festival focuses on horse racing, bourbon, craft beer and regional foods.

Starting today, Friday January 9th, attendees will get the first opportunity to purchase presale tickets at 10 am local time. The festival will feature live music, interactive entertainment and many food and drink samples from Bourbon Bend, Cuisine Corner and Craft Beer Blvd.

Previewing the event, I spoke with Brian Bauer to discuss what’s included with the price of admission and how to get a few extra food and drink tokens. 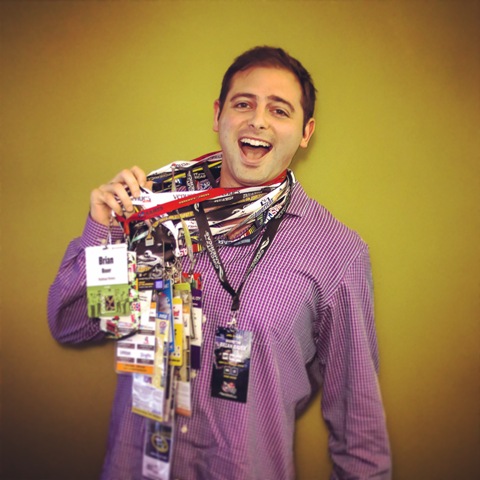 Please tell me a little about yourself and your role at the Frontstretch Fest.
– “My name is Brian Bauer, I am the Agency Director at Rockhouse Partners. We are a marketing company based out of Nashville and we are the co-producers of the Frontstretch Fest, in partnership with our parent company, Etix, which is based out of Raleigh. They’re the largest independent ticketing company in the world. They sell 50 million tickets a year. Together, we basically service clients from amphitheaters to festivals to music clubs and sports teams. They have the platform for which they sell their tickets and we help drive the demand for those tickets. We’ve also partnered with Rhizome Productions, who head up a bunch of major craft-beer festivals all over the country, particularly in the Southeast.”

Can you tell me a little about the two upcoming events?
– “This is the inaugural year of Frontstretch Fest and we’re doing it in two locations. Here in Nashville, it’s going to be the world’s largest derby party, where we’ll have beer, bourbon and food, along with a lot of interactive events, from horseshoes to cornhole to tire swings to vendors. We’ve got a ton going on.”

“We’re also doing it outside Raleigh, in Raeford, North Carolina, at the Carolina Horse Park. It’s in the infield during their Steeplechase race. This’ll be the 64th year of their race and they will have about 10,000 people attending it. This is a cool festival in the middle of a bigger event and gives people the opportunity to experience it in a different way.”

In your own words, how do you define the word, Frontstretch?
– “It stems from our initial concept of doing this event. Traditionally, the term, ‘backstretch,’ in horse racing, refers to the final turn, when the horses are coming into the finish line. Initially, we wanted this to be a precursor festival for Steeplechase races around the country. Over time, it became much more integrated with the Carolina Horse Park, so that it’s actually during the Steeplechase. It was a play on the word ‘backstretch’ and being at the front end of their event, so it became Frontstretch Fest. It’s evolved a bit, but it’s just got a good ring to it, as well. As we expand, we’re definitely looking to add more cities. Depending on the situation with various Steeplechase races and how we’re able to integrate, we might be doing it the day or the week before the race. I will say that our event in Nashville is the week before the Iroquois Steeplechase, but it is taking place during the the Kentucky Derby.”

How would you compare and contrast the two events?
– “I think in terms of the vibe of the entertainment, they’re the same event, but we have to treat the Carolina event a little differently, because people have to buy a ticket to the horse race, in order to have access to the infield. Our event is a separate ticketed event. So, we treat that event as kind of an upgrade, as opposed to our Nashville event, which is a stand-alone event. It’s a little different mentality, but not in terms of what the fan experience will be. We’re doing all the same cool bells and whistles for each. The goal is to differentiate the bourbon and beer vendors at each event. For the North Carolina event, we’re going to have Woodford Reserve, Jack Daniel’s, Old Forester, Southern Pine Brewery, Dirtbag Ales and we’re working on several more that we’ll be announcing soon. For the Nashville event, we’ve got Yuengling, Blackstone Brewery, Flat 12, Belle Meade Bourbon, Beechtree Distillery and Red River Bourbon. Both events will have regional food vendors, as well.”

What is included with the price of admission?
– “It varies, but if you get a general admission ticket, I believe you get 15 food-and-drink tokens. If you purchase it before February 1st, you’ll get an additional three tokens. I will add that when attendees register for our digital passport, they’ll receive an additional food-and-drink token. So, you’re looking at upwards of 19 samples, which is a ton of samples. We really want people to feel like they’re getting a lot with their ticket. They also have the option to purchase more tokens onsite. There is also a designated driver ticket for both events that includes eight tokens for food samples.”

“For the VIP tickets, you’ll have access to the VIP tent, which has distillery and brewery classes, unlimited samples of catered food, specific samples of bourbons and beers that are only available for VIP ticket holders and private bathrooms. We’re working on having a cigar that’s exclusive to the VIP tent. It’s definitely an elevated experience.”

Do you offer any sort of rideshare discount codes?
– “We highly recommend people use Uber. If you’re new to Uber and register using the code ‘etixfreeride,’ you’ll get a free ride to the event.”

Can you tell me a little about the digital passport?
– “The digital passport is an interesting take on the printed card that you’ll find at the typical beer festivals. People can check which vendors they’ve sampled and take notes. By registering, you’ll get an extra token and you’ll get entered for a chance to win VIP tickets to next year’s Frontstretch Fest. People will go up to vendors and they’ll scan your passport and in real time they’ll ‘stamp’ their passport and they can take notes.”

I noticed Jeni’s Ice Creams will have a Whiskey & Pecans flavor. Can you tell me a little about that?
– “I don’t have a ton of details, but we’re looking to have bourbon theme with Jeni’s and Walker Creek toffee and a lot of the breweries. There will be Maker’s Mark toffee and some of the beers will be brewed in bourbon casks. We’re trying to have some unique and on-brand offerings for people to taste.”

Can you tell me a little about the charity you’re supporting for this event?
– “We’ve got a really great charity in Team Red, White & Blue. They are a national organization that provides support and community activities for veterans. We’ll be raising funds for them. When people check out, to buy their tickets, they can make donations. Also, if people use our hotel-booking engine, $2 from every night booked goes to Team Red, White & Blue, as well.”

When do the presale tickets go on sale?
– “People can go to FrontstretchFest.com to sign up for the presale tickets on Saturday, January 10th. They’ll get an email with a passcode. Tickets go on sale to the public on the 17th. But to truly get the first crack at tickets, starting on Friday, January 9th, you can buy tickets directly using the passcode ‘horseshoe’ at checkout, starting at 10 am local time.”

I’m guessing your expansion plans would be for next year?
– “Right. The idea is for 2016. we’ll probably be adding two to four additional locations beyond Nashville and Raeford.”

Is there anything else you’d like to add?
– “We’re really excited and we think this event is something you’ll definitely enjoy. We hope to get as much feedback as possible, because this is something we’re looking at doing for many, many years and we want to make sure we’re delivering the best possible experience. Because we’re a company that’s worked so many events, we’ve got a lot of experience with seeing what works well at other events and we’re applying that to this one. We know there are a lot of beer and bourbon festivals going on, but we think this one is going to be pretty special and unique.”