Middle Tennessee celebrates the gamer lifestyle as the Grand Ole Gameroom Expo brings pinball machines, video games, tabletop games and more to the newly renovated Franklin Marriott Cool Springs on November 11th to 13th, 2016. There will be more than 200 arcade and pinball games set to free play at the event, along with multiple tournaments and special events happening throughout the weekend. And if you happen to be in the market for an arcade cabinet or a pinball machine, you might just find one to buy, as there will be some machines for sale by the end of the weekend.

Previewing the Gameroom Expo, Event Organizer David Corrigan discusses what will fill the event’s 20,000 square foot of total space, a few secrets about what’s in store for the event and maybe a few classic games that will be available to play.

This is the first year for the event. How did you get the idea to start it?

“I have been going to the Louisville Arcade Expo and the Southern Fried Gameroom Expo in Atlanta the past couple of years. I had a whole lot of fun out there. Both events put on a great show. Being in a setting where you can play all these classic arcade and pinball games takes you back in time.” 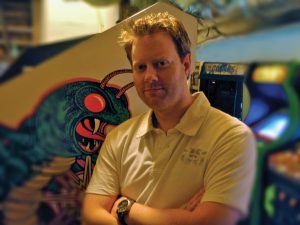 “I had been looking for another business venture related to gaming. I started my own company in 2009 making games for iPhone. That is a tough market to compete in for an independent company. I published three games and was developing three new games for home consoles, instead of mobile. I needed to take a short break from that and figure out what direction I needed to go with these games. As a long-time arcade collector, I decided a video game expo, here, in Nashville, was a void that needed to be filled. I did a lot of research and decided I could put this show on and Nashville is a city ready for this kind of event.”

What’s the backstory behind the title, The Grand Ole Gameroom Expo?

“When starting a business, a lot of times the name and logo are those first major stumbling blocks you hit. It is hard to move forward without a clear picture of what this business is. I wanted the name to be very ‘Nashville.’ I didn’t want to just simply do ‘Nashville Arcade Expo.’ I wanted it to encompass all of gaming and not be arcade or pinball specific. It had to be available on all the online venues. It also needed to lend itself to being a brand going forward that could possibly go to other cities. But, obviously ,this pays tribute to the Grand Ole Opry, which I think many people consider the heart of Nashville.”

How were you introduced to arcade and pinball games?

“Of course, I visited arcades as a kid. My main haunt was the arcade in Hickory Hollow Mall. It changed names a few times. I think it was GoldRush, then Tilt, and even several years before the mall closed, Game Galaxy brought an arcade back to that same space. I visited, as a kid, when the arcade was the place to go hang out. Actually, Hickory Hollow Mall, in general, was where everybody went to hang out. My mom would give me a few dollars and drop me off at the arcade while she shopped. When I was a teenager, I drove myself there and still always stopped in the arcade for a few dollars’ worth of games.”

What’s a few things about the Expo people might not know?

“I don’t think a lot of people realize the size of the event. We are pretty much filling up the entire floor. We are looking at about 150 arcade and pinball games and 75 consoles, plus tabletop gaming, plus VR games. It is also open all night. That always throws people off. So, yes, we open Friday at 4pm and don’t close ’til Sunday at 5pm. The arcade room does close for a little while to give those games a break, but that is at 4 am to 10 am. I really wanted to encourage people to stay at the hotel and just binge out on gaming.”

What rare games can attendees expect to play?

“I didn’t get as many obscure games as I wanted this year, but to be honest, a lot of those games are not that much fun. Not many people will have nostalgia for them and many are not the most fun to play, but I do have some uncommon games here. Even some new ones. The Pabst Blue Ribbon Can Crusher is a brand new pinball game that you will rarely see. Also a brand new pinball game Dialed In! that isn’t even for sale yet will be available to play here. As far as classics go I “may” have an Atari Star Wars cockpit, possibly a Major Havoc, Mad Planets. Also games like Paperboy and Robotron. Some of these are undergoing last-minute repairs, so they are able to stand up to a weekend of constant play. That is why some games are on the “maybe” list.”

What are your all-time favorite arcade and pinball games?

What topics will Patrick Scott Peterson be discussing?

“Scott’s main talk will be on the Importance of Preserving Game History. That is a topic he has championed over the past few years. Also something that is important to me. These games and systems disappear at an alarming rate. The prices of some of this stuff reflects that now. To a lot of people, games are not worth saving and they get trashed and destroyed all the time. I hope everybody gets a chance to attend his session on Saturday.”

Why do you think there aren’t more arcade/pinball-based cons?

“My take is a lot of the people who are deep into arcade and pinball are older. Those are the people who played back in the day and have the strongest nostalgia. Conventions weren’t a thing when I was growing up. Younger people have pop culture conventions, anime, games, etc. It has just taken longer for classic games to get into a convention setting, but they are popping up all over the country now. In a few years they will be well known.”

Are tickets still available for purchase? 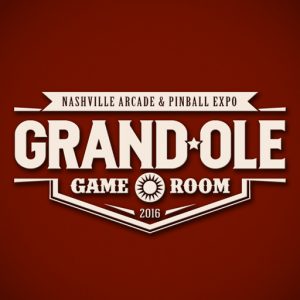 “You can purchase tickets online now. That will get you in the door faster. Or you can buy them at the door the day of the event. Same price.”

“Bring your family, your young kids, your parents. This is an all ages event. We have old EM pinball machines with the chimes, classic arcade games, new pinball games, classic game consoles, new consoles, tournaments, VR gear, tabletop gaming. Something for everybody.”

“It is also affordable for the whole family. We have discounted tickets for kids or free for young kids. We are also doing half off for Veterans as a thank you to them, since we open on Veterans Day.”