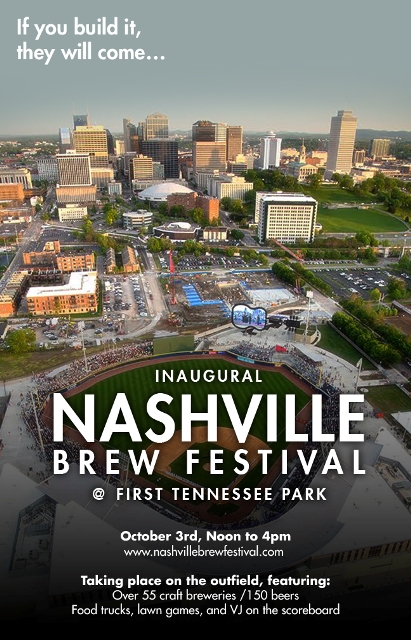 Per Matt
With the introduction of the Nashville Brew Festival, craft-beer festivals are a whole new ball game.

Craft-beer fans are encouraged to step up to the plate to First Tennessee Park (the new home of the Nashville Sounds) on Saturday, October 3rd, 2015. This inaugural beer festival will begin pouring beer at 1 P.M. (with VIP ticket holders leading off at noon). Attendees will be treated to unlimited refills of beer, music, games, food trucks and more. It’s a grand slam for craft beer and sports fans, alike.

Previewing the Nashville Brew Festival, Promoter Dan Silberstein discusses what attendees can expect at the event.

As the Promoter, please describe some of your responsibilities at the festival.
– “I get the breweries involved, solicit the food trucks, DJ and entertainment. Promote the event and advertising campaign. In short, everything for the event.”

How would you describe the event to a first-time attendee?
– “It’s a unique opportunity to discover breweries you may have never heard of, or try beers you’ve never tasted, while enjoying a rare opportunity to be on outfield of First Tennessee Park.”

This is the first year for the Nashville Brew Festival. What can attendees expect?
– “Over 55 breweries, 150 beers, food trucks, lawn games and great music. What makes this unique is the venue and the number of local breweries we have.”

What would you say your beer festivals are best known for?
– “We’re very well organized, which sounds like a common trait, but we’ve been to so many festivals where check in takes a while, beer runs out, or the lines are long. We’ve done so many of these, we know how to address them in advance.”

Where are you based? Are you a sports fan?
– “In Los Angeles, and very much so.”

This is probably the first local beer festival held in a baseball field. Why hold it there?
– “Baseball stadiums are great venues because they already have all the permits. Additionally, having real bathrooms versus porto potties is a huge plus and we don’t need to bring in outside fencing, dumpsters, security, etc. From an attendee’s perspective, it’s a better experience than a public parking lot or park.” 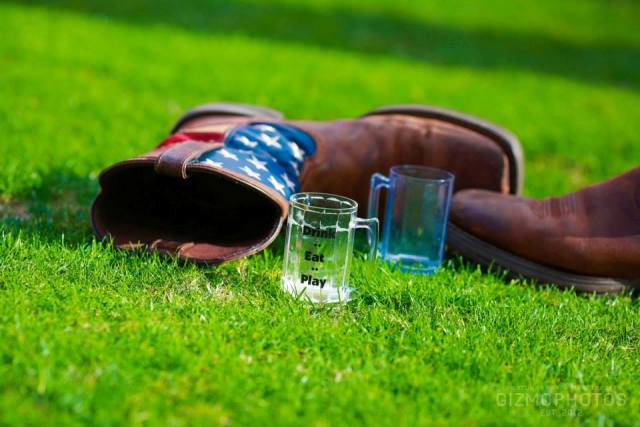 How did Nashville get chosen to host this festival?
– “We found out that the new stadium was getting built and decided to reach out. It was more great timing than anything else. Plus, the beer scene is definitely developing and it’s great to jump in before it gets overly saturated.”

To what do you attribute the booming craft-beer scene of Nashville?
– “It’s the same in every city: A symbiotic relationship between new breweries, more taps being made available at bars and restaurants, and festivals to help drive awareness for those beers.”

Will attendees be able to run the bases in the stadium?
– “The whole field will be available and we’ll also have lawn games (cornhole, etc.) as well as speed pitch available.”

Please tell me a little about how the baseball scoreboard will be used at the festival.
– “This will be one of the coolest additions to the event. We’re bringing in a video DJ to plug in and play videos of the songs that are played on the house PA system.”

How were the participating breweries chosen for this festival?
– “We initially reached out to all the local breweries, and beyond that to the craft breweries that had reps in Nashville. In total, we’ll have 55 breweries.”

Will there be any games or other entertainment options happening at the beer fest?
– “Yes, speed pitch and lawn games (cornhole) plus ping pong tables at the Center Field Plaza.”

Are general admission and VIP tickets still available?
– “Yes. VIP is an added hour (from noon to 1 P.M.) and breweries are bringing a specialty beer for the first hour.”