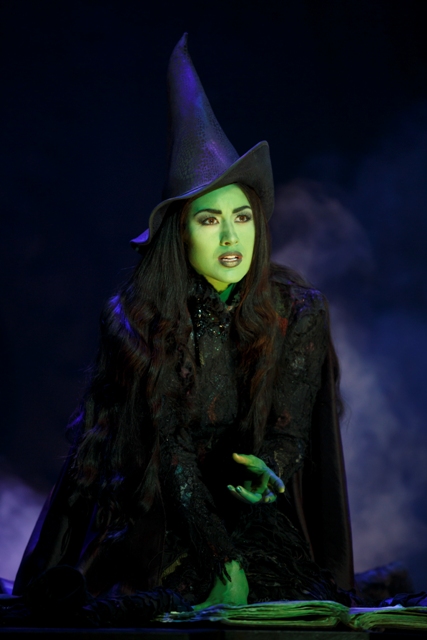 Per Matt
Brace yourself, Nashville. For the next four weeks, the Music City is about to get WICKED!

Back in town for the third time in five years, Wicked returns to the Tennessee Performing Arts Center’s Andrew Jackson Hall for a four-week engagement, from March 26 to April 20.

Throughout the years, WICKED has won more than 50 awards, including a Grammy and three Tony Awards. Every time Broadway’s biggest blockbuster plays in Nashville, it breaks box-office records.

Based on the best-selling 1995 novel by Gregory Maguire, WICKED is the untold story of the witches of Oz, directed by two-time Tony® Award winner Joe Mantello (Take Me Out, The Vagina Monologues, Love! Valour! Compassion!) and features musical staging by Tony® Award winner Wayne Cilento (Aida, The Who’s Tommy, How To Succeed…).

“The national tour of WICKED is a phenomenon that continues to captivate Nashville audiences,” said Kathleen O’Brien, TPAC president and chief executive officer. “Each of the show’s previous three-week engagements here at TPAC was seen by more than 57,000 people, and it remains one of the most requested titles each year. We are absolutely thrilled to have it back — and with an additional week to accommodate the public demand.”

For early attendees: A limited number of orchestra seats will be available via lottery two-and-a-half hours before each performance. Participants will write their names on a piece of paper and the winning names will be drawn 30 minutes later. Winning seats will be sold for $25 each (cash only), with a limit of two tickets per person. All ticket winners must have a valid ID when purchasing tickets.