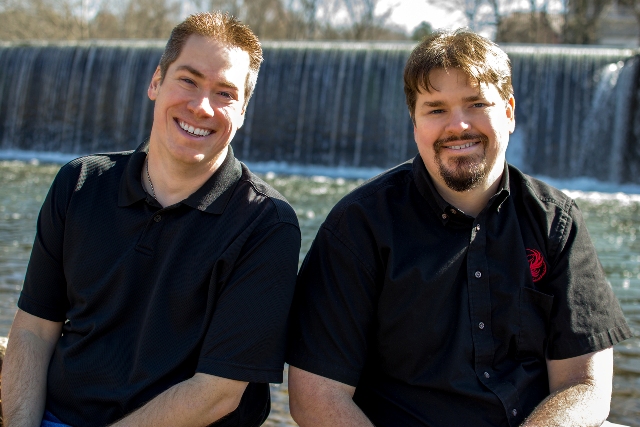 Per My Brother
We are looking forward to attending the Alabama Phoenix Festival, which takes place on May 24 through 26 in Birmingham, AL. Co-Founders Steve Charleson and Tim Stacks give us a preview and hint at what we can expect at their upcoming convention.

What was the defining moment that led you to create your own convention?
-Both: “It was during lunch at Olive Garden, about three weeks after APF’s predecessor had announced the cancellation of their 2011 event, and they were moving to another state for 2012. We had been set to run a couple of tracks and were really disappointed that we wouldn’t get the chance. The three of us were all on the same page about the kind of event we wanted to see and felt that we could manage the logistics. After that, it was a matter of picking a location, filing the business paperwork and getting the contracts in place.”

How did you two meet each other?
-Steve: “Tim and I met when I moved to Alabama in 2002 and started work. We are both engineers at an aerospace engineering firm. I met Stan a couple years later when he opened Kingdom Comics.”

Does the title, Alabama Phoenix Festival, have a hidden meaning?
-Both: “Somewhat. As we said earlier, we started up after another convention decided to move out of state. We definitely wanted APF to be seen as a fresh start for Birmingham and the state. But at the same time, we were looking for a name that had an image that wasn’t limited to any one genre. The Phoenix is used in so many different genres, it’s something that is quickly accepted by the fans. More intent was put into the use of ‘Festival’ instead of ‘Convention’ or ‘Con.’ From that first lunch, we wanted an event that would be more a carnival or Disneyesque atmosphere. We want APF to appeal as much to the none con-going person as the hardcore con-goers. So, ‘Festival’ was used.” 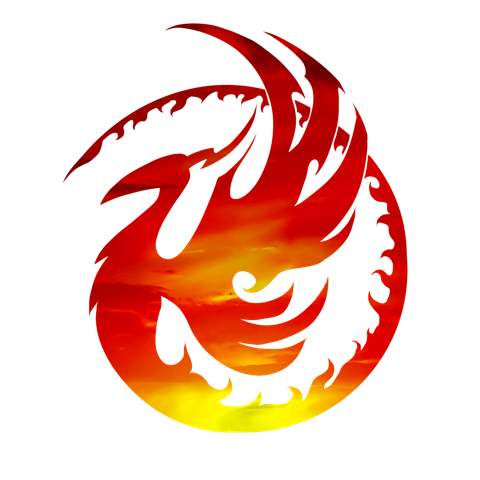 As first-time visitors, what can we expect of the Alabama Phoenix Festival?
-Both: “The goal is that you will be overwhelmed by the amount of things to do and see. We are going to be near 100 guests this year, there are over 150 hours of programming scheduled, about 30 vendors and displays in the expo hall. Fighting game tournaments, costume displays, board games… The list goes on.”

Could you highlight one of the convention’s tracks that might be new this year?
-Both: “We have a couple new tracks this year: Whedon and Kids. They both are looking really good. We’re really excited about the Kids track. We really want to see more kids exposed to sci-fi and fantasy, to help build the fanbase for the future. The Whedon track is dedicated to all film and TV projects related to writer, producer, director and creator Joss Whedon, so what’s not to like there.”

-Steve: “I’d really like to add a full-fledged film track next year. We have sort of an ad-hoc film track this year, without really planning for it. We’ve got some fantastic short filmmakers participating with Infectious Designer, Marble Hornets, Josh Mason Studios and the premiere of Daniel Emory Tailor’s The Hospital.”

The Hospital is a horror film that will be premiering at APF. Can you tease us with any details?
-Both: “An early review for The Hospital referred to it as a disgusting, depraved, and vile. This made The Hospital co-creator and APF Horror track director, Daniel Emory Tailor, pleased as punch. What more do we need to say?”

The Blast-A-Trooper event sounds like great fun. Will other Star Wars characters be patrolling the area?
-Both: “The 501st and Rebel Legion were a big part of last year’s APF and are going to be even more involved this year. In addition to the Blast-a-Trooper, they are hosting a costume panel and are participating heavily in all the Star Wars panels. As for characters, will see a lot of Stormtroopers and Jedi. We’ve heard that Darth Vader will be making an appearance. Don’t be surprised if Princess Leia and R2-D2 make an appearance. We’ve made sure to have the Rebel Alliance and the Empire sign a treaty for the duration of APF, so no one will get hurt by stray blaster fire.”

How did APF get involved with the charities Scares That Care and Children of Fallen Soldiers Relief Fund?
-Both: “Because our event falls on Memorial Day weekend, we wanted to help support a charity that was related to the welfare and care of families of military servicemen and women. After review, we picked Children of Fallen Soldiers Relief Fund, because of their dedication to help the families of those wounded or killed in service. Scares That Care contacted us about participating at our event last year. We were happy to have them as they utilize the horror genre fanbase to raise money, toys and other items, to help sick children.”

Can we expect any zombie-related panels or activities, such as a Zombie Walk?
-Both: “Probably limited to panels this year. There will be several zombie panels, featuring our Walking Dead zombies and fantastic zombie artist Sam Flegal. What we really want to do is invade the nearby mall and break into a zombie flash mob.”

The Ghostbusters seem to be well-represented this year. Is this a sneaky opportunity to partner up sci-fi entertainment with science tracks?
-Both: “We’re pretty upfront about that part. We are a celebration of creativity and imagination. Creativity and imagination are present as much in science and engineering as they are in art and literature. Ultimately, I’d like to see APF one day be as much science fair as fan convention.”

Is there any chance APF will have some sort of sci-fi musical performaces, at some point?
– Tim: “I certainly hope so. Last year, we brought in George and the Browncoats who acted as wandering minstrels throughout the convention center, during the weekend, serenading convention-goers with songs such as ‘The Man They Called Jayne’ as well as other Firefly-related music. We are working on bringing them back again this year. Also, there were some impromptu ‘concerts’ by some of our guest artists. They brought their guitars and played and sang and had a great time. As we grow, I would love to have some sci-fi and genre-related ‘concerts’ scheduled on our main stage.”

-Steve: “One of my all-time favorite con experiences was going the Bear McCreary and the Battlestar Galactica Orchestra concert at SDCC a few years ago. I’d love to partner up with one of the Birmingham concert halls and bring something like that to APF.” 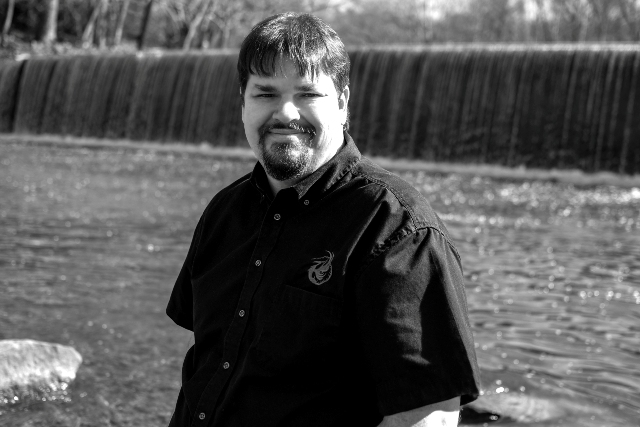 Both of you have aerospace engineering backgrounds. Will there be anyone from NASA doing a panel or presentation?
-Both: “Yes. We have a couple NASA scientists on the guest list. Les Johnson and Stephanie Osborn are both NASA scientists as well as published science fiction authors. They will be on several panels, with topics such as interstellar travel and the global reliance on satellites.”

What is your current geek-out obsession?
– Steve: “The ironic thing is, APF has taken a lot of the time I would use for my normal geek obsessions. I’m way behind on my comic book reading. I’m not even current on Game of Thrones right now (but I intend to be caught up by APF). APF has gotten me back into LEGOs, which is something I hadn’t done much with since the early ’80s.”

-Tim: “I have to say that I share Steve’s answer. APF absorbs most of my free time. I’m currently trying to finish up on Robert Jordan’s ‘Wheel of Time’ series, and having to do it by audiobook just because I can do it during my daily commute. I do try and stay current with ‘Game of Thrones’ and ‘Doctor Who,’ as they are two of my favorites.”

What is the predicted APF attendance?
-Both: “Crystal Ball time… It’s really hard to say. Our goal is 2,000 – 2,500, but until we close up and do the final count afterwards, it’s really anyone’s guess. All we can do is put together the best show we can and try to reach as many people as possible. We had a tremendous amount of press coverage last year, our social media presence, we set-up at a lot of events, and we are still running in to people, locally, who have never heard of APF. Preregistration is double what it was this time last year. But even with a price break, most people will get their passes at the door. We also appreciate the importance of putting on a great show, because we rely on word-of-mouth advertising. When people come and have a great time, it makes them not only want to come back next year, but they will also tell their friends about it.”