Puppets and People Tell a Mean Story in The Happytime Murders 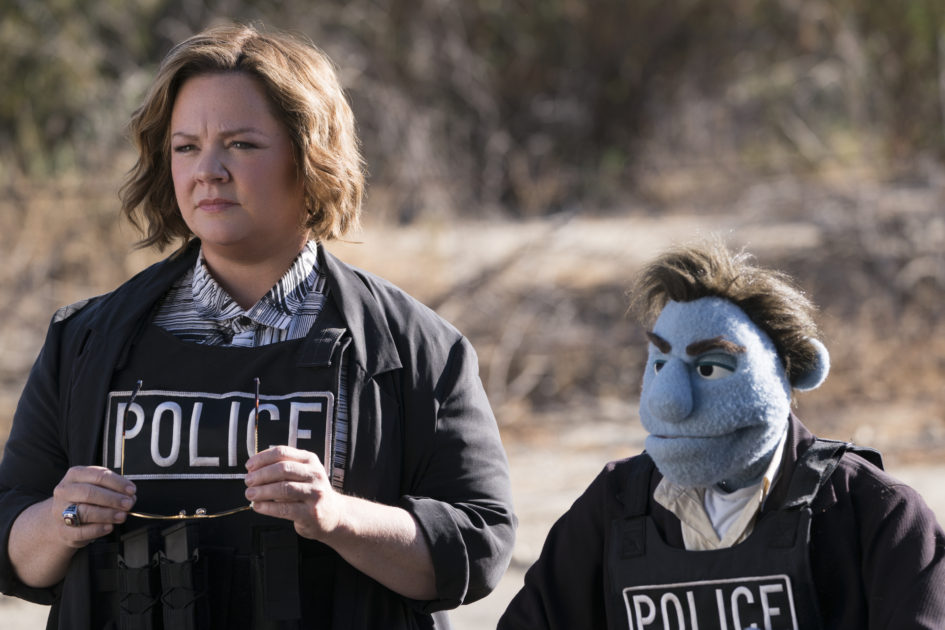 Per Matt
Not quite a mop; not quite a Muppet, these ain’t your father’s puppets. The Happytime Murders features a world where puppets cohabitate with humans. It’s sort of similar to Who Framed Roger Rabbit, but less groundbreaking. And so much dirtier.

Henson Alternative’s first big-screen adventure fully takes advantage of its hard R-rating. This movie is something similar to what I imagined Jason Segel’s puppet rock-opera, A Taste for Love featuring Dracula in Forgetting Sarah Marshall would be like, should it ever be adapted to feature-film length.

The Happytime Murders is a film noir where puppets have gone wild, living within the world of humans. The actors of an ’80s kids show, The Happytime Gang, are getting murdered one by one and Private Investigator Phil Phillips (voiced by Bill Barretta) attempts to crack the case before another life is lost. Phillips was the first puppet to become a police officer, later leaving the force disgraced. Joined by Detective Connie Edwards (Melissa McCarthy), Phillips’ former partner on the force, the pair forms an unlikely team fighting against the bad guys (and very bad puppets), along with a perceived prejudice against all puppetkind. McCarthy brings a physical presence (and plenty of physical comedy), being the absolute polar opposite of Phillips’ puppet.

There’s an outrageous storyline and a scattering of celebrities, although there’s not many cameos (which is very odd for a Henson Muppet movie). Separately, these elements are many of the makings of a great film, although I’m still not sure what to make of the puppets. They’re full of fluffy stuffing, but their bodies still somehow entail human-like organs. And like I previously mentioned, they’re behaving very, very badly in this story. There’s plenty of bodily functions, sex and drugs with these characters (although, to be honest, it’s a high-powered sugar that’s being inhaled). So much so, it’s almost like everything that happens on the screen is beyond shock value, as if to prove Brian Henson could make a movie with Muppets, proving the franchise can be successful without being linked to a sanitized theme or storyline. With an estimated budget of $40 million, hopefully Henson will prove this technique successful enough to create another adults-only outing with puppets.

And if it’s puppets you’re after, make sure to check out Dragon Con, the multi-genre convention in Atlanta, GA, which includes an entire Puppetry Track for fans of the medium. In years past there was a reunion of Fraggle Rock performers and not long ago, Big Bird puppeteer Caroll Spinney was a featured guest.

Back to the human actors in the movie, Leslie David Baker leaves a stern impression (What’s with all the alumni of The Office really making a comeback these days?), while Maya Rudolph and Elizabeth Banks really should have had larger roles within the storyline. Obviously the puppets take the center stage, but beefing up their characters would have been nice, storywise.

It’s clear there’s “No Sesame, All street” in Happytime Murders, but if the film had tried a little harder to showcase something more than shock value, it could have possibly become an instant classic like Segel’s other puppet adventure, The Muppets (2011).