The Fantastic Four Return to the Marvel Comic Universe 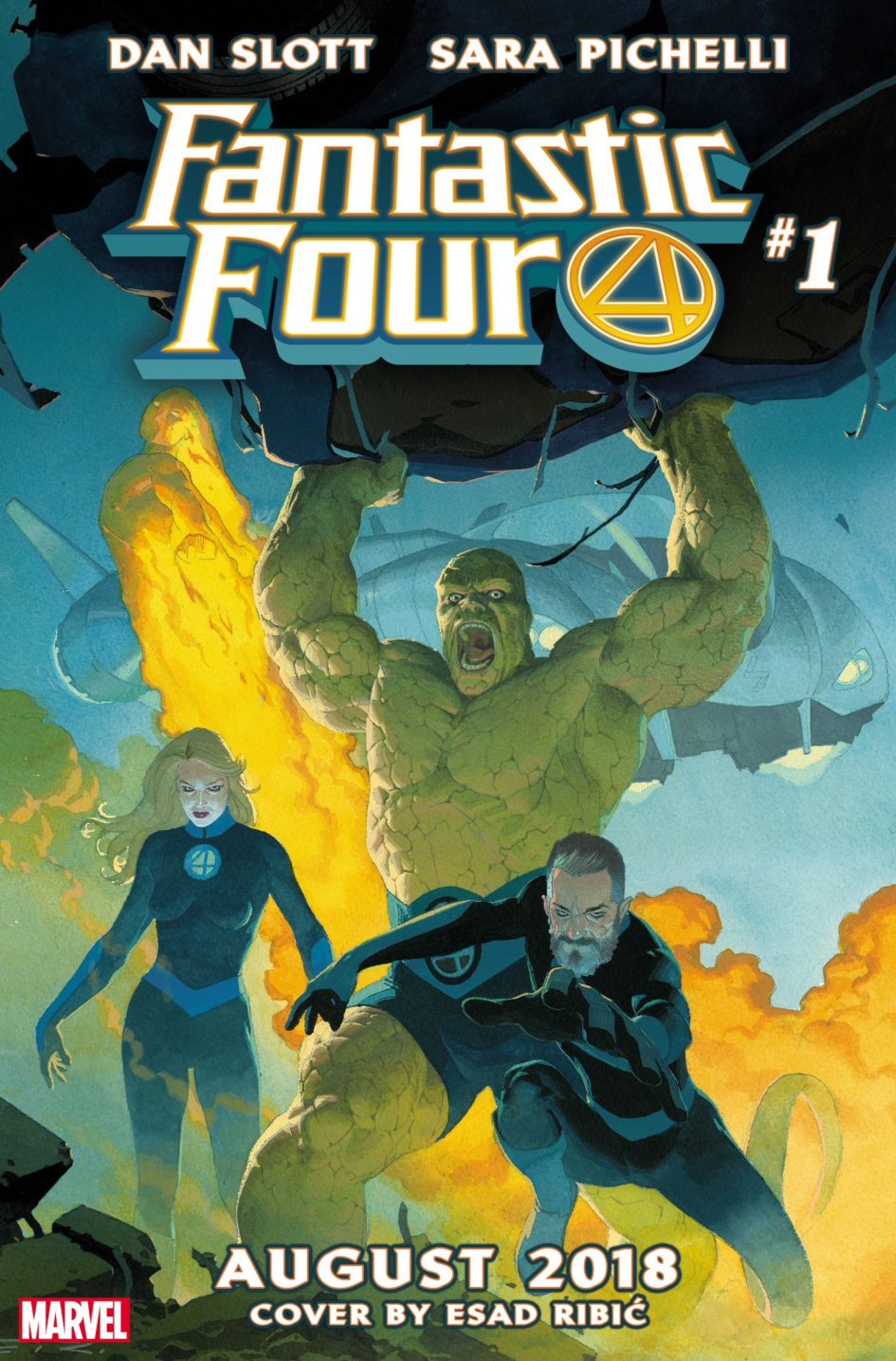 The Fantastic Four is back! Well, not entirely, but Marvel’s new Fantastic Four comic book heralds the return of the World’s Greatest Comics Magazine’s monthly adventures, and it packs the feels with every page.

The Cosmic Quartet haven’t graced the pages of their own book since it was cancelled in 2015. There’s controversy surrounding the book’s cancellation. The official reason was sagging sales. The unofficial reason is that Marvel didn’t want to promote content for the movie license they didn’t hold. Up until recently, the movie rights to the Fantastic Four and all of their related characters and villains have been the sole property of Fox Studios. With the inevitable sale of the Fox assets to Disney / Marvel, that excuse is gone.

The new comic is gorgeous and taps right into what makes the Fantastic Four who they are: this is a book about a family above everything else. A family that goes on incredible, science-bending, impossible adventures, yes, but they are a family. Writer Dan Slott takes the reigns on Marvel’s flagship title, after serving a near decade stint as the writer of the other Marvel flagship title, The Amazing Spider-Man. It’s clear Slott has a love for the characters and he has a clear definition of the themes he wants to bring to the comic.

And I can’t stress how beautiful Sara Pichelli’s art comes across. She makes an orange rock man’s face as emotive as any actor’s on the screen. The Thing has no eyebrows, more of a cranial ridge, and Pichelli does wonders with it. The story goes from New York to outer space and she makes each setting so detailed and mesmerizing.

For new readers, or those who haven’t kept up, the Fantastic Four is disbanded. Reed Richards, his wife, Sue Richards, and their two children are missing… somewhere. The one page, two paragraph introduction doesn’t say why or where, just that they did so “to stop a universal catastrophe.” Continuity and details are irrelevant and get in the way in getting right to the story, with Ben Grimm walking through New York City with his longtime girlfriend, Alicia Masters, while elsewhere, Johnny Storm is enjoying a day watching the Mets play.

Slott captures the brotherly dynamic between Ben and Johnny, even so much as showing a verbal argument over whether or not the rest of their family is dead. While most of the story takes place on Earth, Grimm tells a long-forgotten tale of the Four being lost in space, with Johnny having to sing into a space gem to find their way back to Earth. But it’s the personal reactions and family interaction that really shines, right down to young Franklin Richard’s lines.

It’s no surprise Reed and Sue are not dead (they’re on the cover of the book), but elsewhere trying to get back home. And in half a page, in only two panels, Richards, a man who makes and overcomes the fantastic everyday, shows how he does it when Sue wonders if the device will work. Reed asks, “One question. Do you believe in me?” Sue says, “Always.” And Reed responds, “And that is why I can do the impossible.”

I don’t feel the return of the Fantastic Four comic book will be mirrored in the Marvel Cinematic Universe. This reintroduction doesn’t fit the current state of the MCU. They are likely to receive the same introduction that Spider-Man got: foregoing the origin story movie and getting right to the action. The Four have a tremendous historical impact on the Marvel comic book universe. The MCU may also use the original Ant-Man technique and play with the idea that the Four have been around this whole time, behind the scenes, only now coming out in the public after the eventual defeat of Thanos. Or given the impossible nature of the Fantastic Four’s adventures, maybe their deeds and exploits were erased from time and memory, the machinations of some villain, Doctor Doom maybe?

Doom has a backup story in issue one, paving the way for the egomaniacal and mighty comic book cliche Doctor Doom that comic fans remember fondly. Over the last decade or two, Doom’s personality and power have shrunk. This story foreshadows an all powerful, armor-clad supervillain returning to fighting form. I look forward to him matching wits with the entirety of the assembled Fantastic Four.

Either way, the new Fantastic Four comic book truly grasps the feel and emotion of Marvel’s first family and their impossible fantastical adventures, but this is no roadmap on bringing them into the cinematic universe. Enjoy it for what it is: a great story, and wait to be surprised when their latest debut hits the movie screen.