Unhinged is a Timely Release Welcoming Customers Back Into Theaters 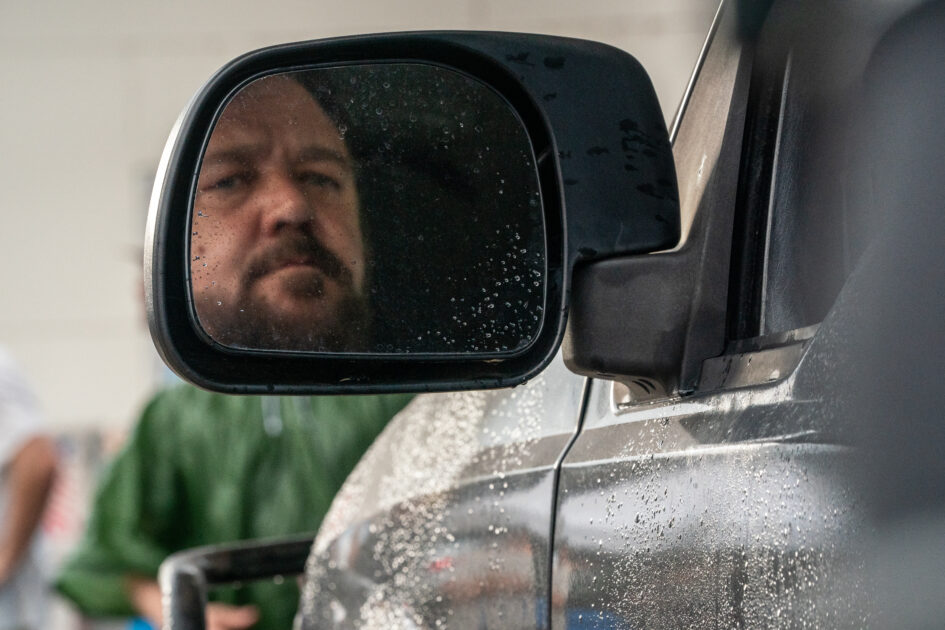 Per Matt
Riots. Looting. Massive layoffs. Inequalities among many leading to rising stress levels and aggressive behavior. Much of what America is currently experiencing during the pandemic is explored and even amplified in the new feature film, Unhinged, which feels like perfect timing, welcoming back customers into movie theaters during this crazy time of our lives. And I, for one, am very thankful to return to some sense of normalcy after surviving these last few tumultuous months.

Clearly director Derrick Borte had absolutely no idea that a worldwide pandemic was soon to be upon us when he began filming during the summer of 2019, but it feels like this movie could not be released at a better time. Granted, the film’s nationwide release date did change six times in order to “be the first to test the waters as theaters try to rebound,” but its theme as a psychological thriller could prove huge for Solstice Studios at the weekend box office.

The story is simple enough, but it does build upon a few layers by its conclusion. To say that Caren Pistorius’ Rachel is having a bad day is an understatement. Already amped up after oversleeping, losing her top client and getting into a messy divorce, while getting stuck in traffic, she’s guaranteed an automatic after-school detention for her son, Kyle (played by Gabriel Bateman). To make matters worse, a brief confrontation with an unstable man at an intersection literally wrecks her day (and her life immediately unravels because of it). Russell Crowe stars as The Man, who hopes to teach Rachel a series of deadly lessons after refusing to apologize.

Not only is there road rage and revenge, but the topic of having too much pride is briefly explored, and he promises she will soon know what a bad day really is. So much violence and destruction comes from refusing to say two little words, which is very sad (and very realistic in modern society). Sounds good so far, right?

The rest of the film plays out like a cat-and-mouse game with deadly results. The story really does keep you on the edge of your seat and a couple of times I caught myself audibly gasping (no true jump scares) when a big event transpired on the screen, but what’s the true moral of the story? Was writer Carl Ellsworth simply trying to explore the dangers of not locking your phone with a passcode? Or was he really trying showcase the dangers of honking your horn at a complete stranger? These are both first-world problems, but unfortunately, they never really get fully answered. What is explored is a whole lot of terror.

“Some people are just jerks and that’s all there is to it.” 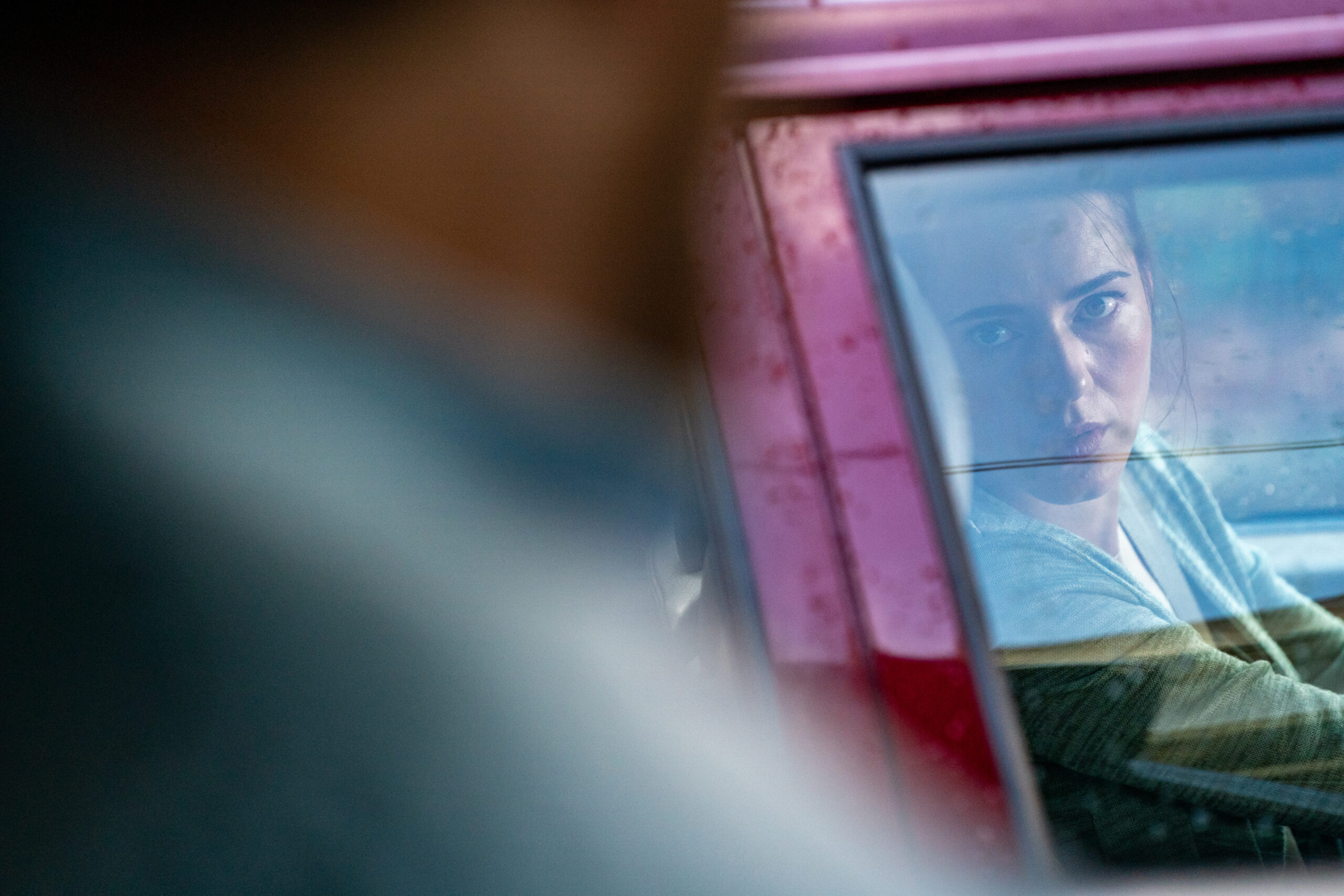 Playing a terrified woman full of a reasonable amount of paranoia, this was the first time I’ve watched Pistorius do her thing. Never caught Mortal Engines, but I like what she brings to the screen. In a much smaller role, Jimmi Simpson got a chance to shed his con-man ways (Dark Secrets Haunt Perpetual Grace, LTD) before receiving the bloody consequences for being a good guy. But the huge draw here is seeing Crowe wage his rage. At this point in his career, the actor has some added girth (as previously seen in The Mummy a few years ago) and his larger size seems fitting for The Man. As an overpowering presence, he easily outmaneuvers his adversaries with pure brute force. He is unreasonable but kinda understandable, if you know what it’s like to really, really have a bad day, when nothing seems to turn out right. But the true problem with Unhinged lies in his backstory. As in, there isn’t one.

This lack of complexity is fine on the surface level for action fans who want to see lots of hit and runs, explosions and even deaths. But when you dig deeper into the story, no reason is ever given why the audience should ever feel sympathy for The Man, other than he was treated rudely at a stoplight. And he doesn’t have a lot of depth. It’s hinted at that he’s felt invisible his whole life, ignored and unworthy of anyone’s attention; violence and retribution is all he’s got left. That warped point of view somewhat reminds me of John Goodman’s character in 10 Cloverfield Lane (kinda resembles him in size, as well).

At times, Unhinged feels somewhat similar to Michael Douglas’ Falling Down, along with a plot device of John Wick that reawakens the violent killer’s past life. It has a taut story with not much excess. It’s very tense and very believable at times, taking place within one very rough-and-tumble day in the life of an unfortunate woman.

We’re all just trying to do the best we can to get by in life, surviving one deadline after the next. Life is all about choices and after watching this one you might think twice about laying on your horn the next time someone runs a stop sign, or jets through a yellow light, just begging to get into an accident. That’s good advice for everyone, whether we’re experiencing life within a pandemic or not.

Unhinged is not going to be on any VOD platforms at this time and it’s currently only planned for a theatrical release. Please support your local movie theaters if you can do so safely. Because if we don’t support them, they may not be around much longer. For the full list of open theaters showing Unhinged, please go to: https://www.unhingedmovie.com.