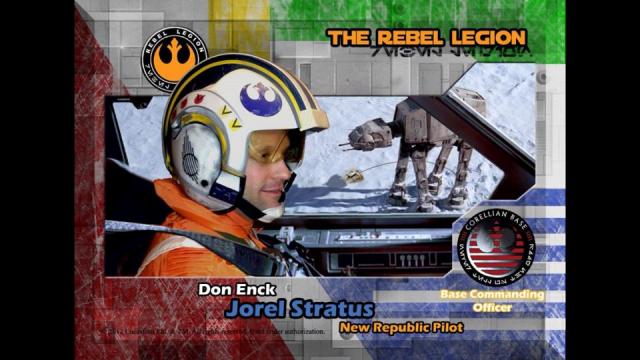 Per Matt
At the Nashville Mini Maker Faire, one of the most popular do-it-yourself groups involved Star Wars cosplayers. These Star Wars fans create costumes and build replica accessories based upon officially licensed Lucasfilm source material. Commanding Officer Don Enck is the local leader of the good guys (Rebel Legion, Corellian Base), which makes many charitable appearances with the local bad guys (501st Legion, MidSouth Garrison) in Tennessee and Kentucky, throughout the year. In my interview, I spoke to Mr. Enck about creating Star Wars costumes, appearing at charity events and eventually inviting Zombies (aka Death Troopers) into the Star Wars Universe.

How did you get involved with the Rebel Legion?
– “Probably eight years ago, we went to Ghouls at Grassmere, that’s a local event at the zoo, and saw the 501st and Rebel Legion there. I just started chatting with them. We had already made costumes, just for fun. They invited us out and a short time later, we were very actively involved.”

What was that first Star Wars costume?
– “I was wearing an Anakin Skywalker costume, from Episode III.”

I’m guessing you’re a big Star Wars fan. When did you become a fan?
– “I was probably 6 when it came out. I’m an original fan.”

Has your group enjoyed the Nashville Mini Maker Faire?
– “We’ve had a ton of fun. We actually got invited out by the guys who run The Full Scale Falcon Project. They’re in our group and they thought it would be a great place to display some material and meet people. It’s our first makers fair and it’s been a lot of fun.”

Tell me a little about the photo-op toy package.
– “Captain Rex and his wife built that box. You can stand in it and look like you’re an action figure, so it’s a ton of fun. It ties into what we do for charity. Most of what we do is charity driven. This is more fan driven, but last year we raised $15 million for a children’s charity. We’re a large, large non-profit charity. That’s really the root of what we do.”

“All the conventions and shows are fun, but most of us got into this because we like Star Wars stuff and because it’s a positive outlet in the community. Last year, locally, we granted two wishes to Make a Wish Foundation children, simply through raising funds. So, we will appear at different events, take donations for photos and 100 percent of that money — we don’t touch it — Make a Wish collects it and then they will pay for a wish for a child.”

Is that the main charity your group works with?
– “It is. Locally, it’s called Dreams and Wishes. They are the Tennessee and Kentucky charity.”

How often does your group make appearances?
– “We probably do 40 or 50 per year. We’re kind of concentrated on the bigger cities, as you would expect: Louisville, Lexington, Nashville, Chattanooga and Knoxville. Between those cities, there’s probably one to two events every month, each group will have. That’s more than any one person could attend, in a year.”

Do you know how many members are in the greater Nashville area?
– “Combined, with the good guys and the bad guys, if you take Nashville, Clarksville and Murfreesboro, there’s probably 80 to 90.”

How large is overall group?
– “The Rebel Legion and the 501st are in every state and they’re probably in 35 countries, so it’s very large.”

Where will the Rebel Legion make appearances for Halloween?
– “We do the Ghouls at Grassmere, we go to Franklin to do some other charity events, so it’s very busy for us.”

Does your group march in many parades?
– “There’s more Christmas parades than we can attend, but we try to hit quite a few of them. We definitely do the Chattanooga one, we’ve done the Clarksville one the last few years, we’ve done the Knoxville one… it just depends on who invites us first and how that plays out.”

Will either Star Wars group be attending the Geek Media Expo this year?
– “Oh, yeah. Both groups will be at GMX this year. We’re trying to bring our full-scale Dewback from Episode IV, A New Hope in. It’s about 18-feet long, about seven-and-a-half-feet tall. They’re working on space issues right now, because obviously we need a large area for that. Hopefully, that’ll get in.” 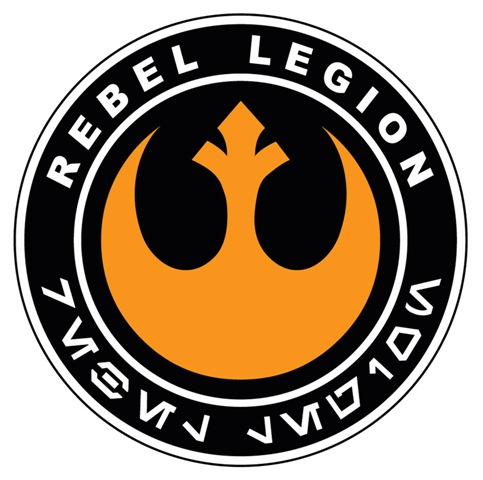 What are your hopes for Star Wars Rebels and Episode VII?
– “With Rebels, I hope that it’s entertaining. The Clone Wars was very entertaining. On a child’s level, it’s going to pull them in, as well as an adult level. It played both themes, if you were paying attention. I hope Rebels does the same thing.”

“With the new movie, I just hope JJ Abrams does a good job. If he doesn’t, he’ll be named Jar Jar Abrams. (laughs)”

Are there any actors you’re hoping will appear in the upcoming Star Wars movies?
– “I’d like to see Billy Dee Williams in Episode VII. They brought back all the original cast, but I did’t see Billy Dee. I hope Lando’s in it. Even if it’s not Lando and it’s Billy Dee in the background, making a nice cameo…”

Is it possible to be a fan of the original trilogy and not the prequel trilogy?
– “You know, everybody’s got their opinion on that and I think the Internet keeps that going. Locally, you will see the gamut. If it’s Star Wars, we like it.”

Are there many members of the local Star Wars groups who aren’t prequel fans?
– “We probably have some, yeah. If you were to do a poll, I would say there would be some for and against, but for most of us, it’s just Star Wars and we enjoy every bit of it… except for the Christmas Special. You might get the exception there. (laughs).”

What kind of advice would you give a beginner cosplayer who wants to create a Star Wars costume?
– “I would say get on our forums. Every costume that can be made, has been made and people have given very detailed instructions and build lists. They’ve said, ‘This is what I sewed together. This is the fabric I got. This is the store I went to buy it. Here’s how I glued, sculpted, snapped and assembled it.’ So, it’s all on there, you’ve just got to get online, read it and do some research.”

How can we get more Death Troopers into Star Wars fandom?
– “We need more Zombie folks! We need more undead folks around! (laughs)”

Is there anything else you’d like to add?
– “If you’re into Star Wars and want to costume, look us up. We’re always looking for new members.”