The Witch Becomes the Face of Indie Horror 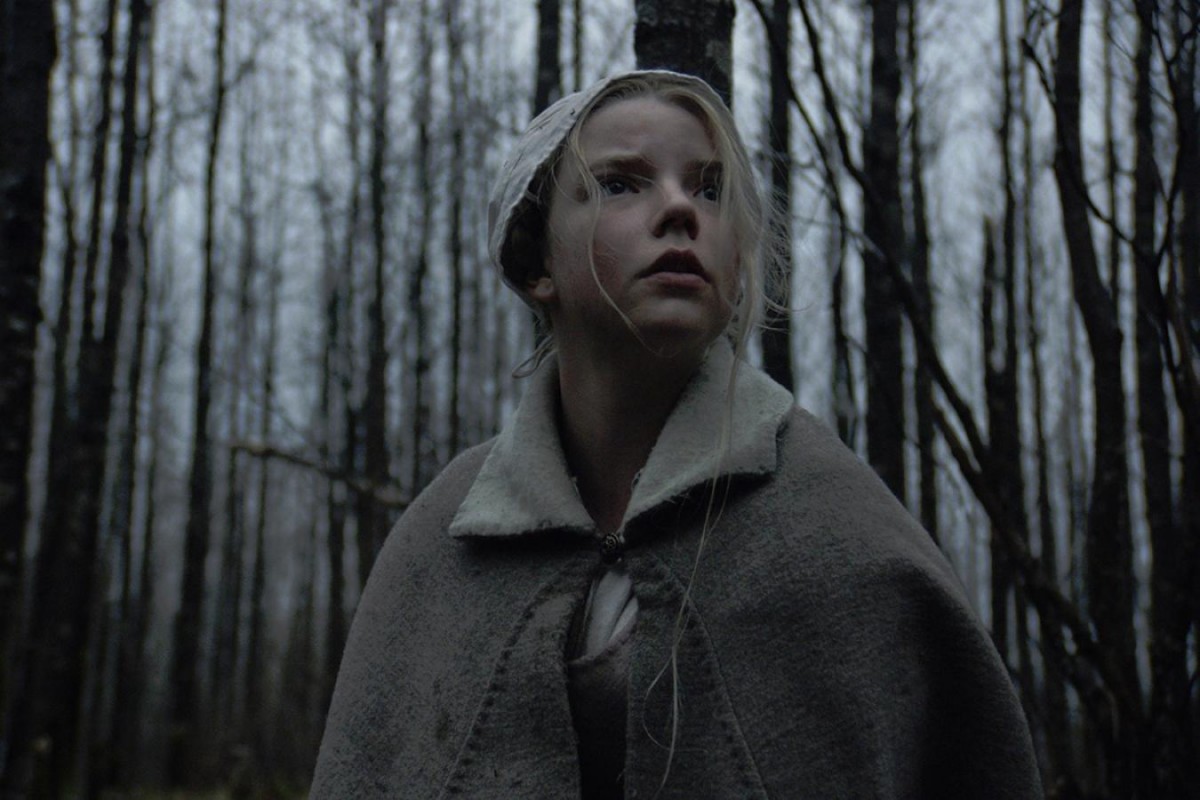 Per Matt
The woods haven’t been this scary since The Blair Witch first visited.

Self-described as a New England folktale, The Witch is the first great horror film of 2016. Supposedly inspired by actual events, Writer-Director David Eggers (in his film debut) depicts a New England family starting a new life after being recently excommunicated from their colony. Times are tough for the family, as they struggle to settle into their new home, which is on the outskirts of an ominous forest.

Their situation worsens as an ominous, unknown evil is depicted, lurking in the shadows. Attempting to seek solace, they focus on their deep religious beliefs as paranoia and mass hysteria creep into the picture… but what’s really happening in the storyline? Faith, loyalty and pride are all questioned by the family members while supernatural events transpire around them (which they don’t really notice). After intently watching the movie, many of these events could be rationally explained through different reasons, which is a great attraction for multiple viewings.

Family patriarch William (played by Ralph Ineson) suffers from too much pride, while Katherine (Kate Dickie) plays his dutiful wife, but the portrayal of Thomasin by Anya Taylor-Joy is the highlight of the movie. Growing up as a teenager in the wilderness of the 1600s seems tough enough, but much worse when her family suspects her of witchcraft. There’s an understated tension between her character and the rest of the family, which never gets fully addressed, but the actress shines in the role, carrying the picture on her young shoulders.

As a big-time fan of mysterious, supernatural and demonic-possession movies, I yearn for movies that attempt to be creepy while being authentic, keeping the often-fake jump scares to a minimum while sneaking into your subconscious mind. The Witch successfully carries out all of those elements and more. While there is some gore, most of the terror happens off screen. And if you can get around the old-time language barrier and decipher the father’s grumbles, you’ll get your money’s worth of scares. Sadly, the story feels unfinished and not everything gets fully explained, which keeps the fear factor churning, but also feels like an incomplete movie. Much like The Blair Witch Project, this really feels like an indie film, but I just wish something more from the overall movie experience.

Don’t expect a mainstream film from The Witch, but this indie horror flick may just receive a mainstream box-office return. The previews have looked great, never revealing too much information about the plot, but offering plenty of great, moody environments. As the 2015 Sundance Film Festival award winner of Best Director Prize in the U.S. Narrative Competition, The Witch becomes the unofficial face of indie horror films. With its success, I would be pleasantly surprised if more movies were molded like The Witch. If only it had a better title, though.