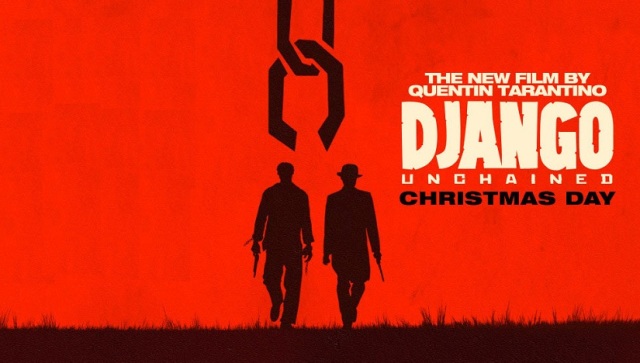 What kind of controversy can Writer-Director Quentin Tarantino not get himself into while creating a pre-Civil War film centered around bounty hunters?

In Django Unchained, Tarantino weaves a story set in our not-too-distant past. Set in 1858, the movie takes place two years before the U.S. Civil War. After Django (Jamie Foxx) is bought out of slavery by Dr. King Schultz (played magnificantly by Christoph Waltz), the two pair up, becoming bounty hunters.

Django immediately gets the hang of administering Southern justice while being tutored by the crafty Dr. King Schultz, who can seemingly talk (or fight) his way out of any situation. The two characters complement each other nicely.

The team successfully hunts down outlaws throughout the winter and eventually, they scheme an intricate plan to find and free Django’s wife as well. This is when the fireworks truly begin. Literally.

Quentin Tarantino seems to know no boundaries. At first glance, a revenge-themed flick with heavy slavery overtones doesn’t sound like a mainstream feel-good movie. But when Tarantino is writing the script (which scored his second Best Screenplay Academy Award) and directing the action, it’s easy to enjoy his storytelling.

On top of that, he continues to recruit former big-named actors and mold their roles. Be on the lookout for great cameos by Don Johnson, Jonah Hill, Zoe Bell, Tom Savini and original Django Director, Franco Nero.

Speaking of acting, Leonardo Caprio’s flamboyantly seasoned slaver had me in stitches. And as a proud member of the Anti-Leo Bandwagon, I’ve not been a big fan of his for a long time. I’m truly hoping this role will be a major turning point in his acting career. I couldn’t enjoy his Bad Guy character any more, while simultaneously hating him, as well.

And the understated acting of the bearded Christoph Waltz was perfectly balanced with the sometimes ridiculous and racy scenarios which could only be crafted by Tarantino. It’s no wonder Waltz won his second straight Best Supporting Actor Academy Award while teamed with Tarantino. Together, they’ve got quite the winning streak!

Matching the impeccible writing and acting with majestic scenery and an excellent soundtrack is one of Tarantino’s staples. These are obviously the highlights. One controversy of this film was the frequent use of the n-word, reputedly counted into the triple digits. Although it was a staple of the time period, it can still be tough to hear. Also, many of the cut-aways were jolting and confusing, possibly because Tarantino’s long-time editor, Sally Menke, passed away before film was shot. These were my only criticisms of the film.

While Tarantino prefers to call this a Southern — not a Western — because of the locations used, he is obviously having the time of his life. First with Inglorius Basterds and now Django Unchained, his career seems to be on an upswing. He seems to be having as much fun making his recent films as I enjoy watching them.

Django Unchained is an obvious must for both the Tarantino fanboy and casual movie fan, alike.