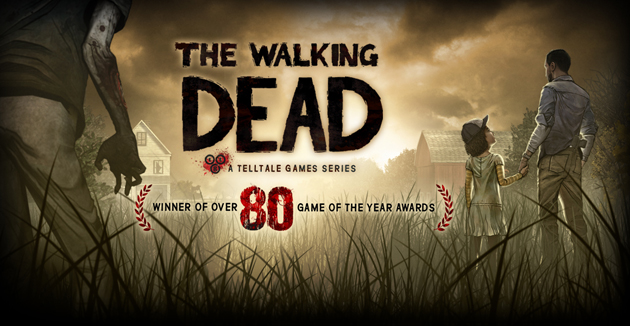 If you had to make a tough-and-terrible decision that would alter your entire universe, how would you react? Could you react quickly and not worry about the repercussions? Or would you take your time, calmly thinking it through, while the undead minions attack your friends and family? Telltale Games attempts to help you make your choices with its point-and-click video game, The Walking Dead.

Originally released as episodic content, but now available in a retail collection, this third-person perspective adventure game is contagious enough for many thrills and promises multiple playthroughs for alternate decisions. More of an adaptation of the groundbreaking graphic novels than the hotly popular AMC Network TV series, this game is not for the faint of heart. Rated M for Mature, its seams are bursting with foul language and graphic violence. That means it’s a teenager’s dream come true.

In this setting, Lee Everett — not Rick Grimes — is the main character. Everett is a former American History professor going to prison for a crime of passion when the zombie apocalypse releases unlimited Zombie hordes. Be forewarned: This is not a true action game! While there are action elements, this game focuses on the decisions you make and their repercussions, rather than the mindless cookie-cutter hack-and-slash games. The Walking Dead is a Role Play Game for the horror crowd. It’s more Mass Effect; less Left 4 Dead.

You’ll never make the same decision twice. Everything changes quickly. Your gameplay experience revolves around these separate decisions. This is what welcomes multiple playthroughs. During my playthrough, I changed loyalties regularly. Your friends are dispensable.

Robert Kirkman was heavily involved in developing the storyline to this video game, which takes place simultaneously in the same universe as the graphic novel and the AMC Network TV series. In fact, a few familiar faces make appearances, including Hershel Greene, his son, Shawn Greene and Glenn Rhee.

It’s nice to have a main character based on a person with a minority background, even if he is en route to prison. Lee Everett becomes a father-figure to the Clementine, a little girl with a great survival instinct. As a supporting character, she showcases greater charm and likability than her comparable TV character, Carl Grimes. I sure hope she makes a cross-over appearance.

Overall, this is a riveting game. It keeps your interest, with no two games played the same. Although sometimes the animation is spotty and occasional bad camera angles can hide major plotlines, these are not deal-breakers. Many people must agree. The game has won over 80 Game Of The Year awards from major media outlets. This massively successful game has already spawned a sequel, which is great news to fans of The Walking Dead!

Although this was more of an adaptation of the graphic novel — rather than the AMC Network’s TV series — young children may not know the difference. This game highlights more F-Bombs than I’ve ever encountered as a life-long gamer and at times the violence can tough to stomach, pun intended. You have been forewarned.

The game is available for download on The Playstation Network, XBOX Live Arcade, personal computer and IOS devices. It also available as a retail disk.

Strength: It creates multiple new experiences based at a familiar setting.
Weakness: Sometimes the writers go out of their way to drop F-Bombs.
WTF Moment: Fending off the walkers can be an unarmable offense!