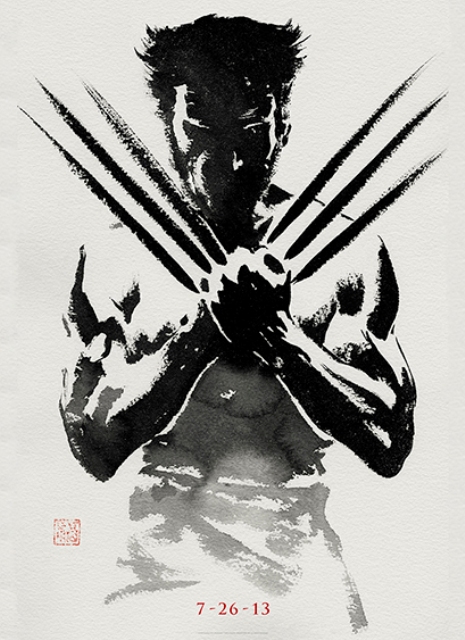 Nothing rings in the new year quite like a pair of adamantium claws… SNIKT!

In this sixth X-Men-related film produced by FOX, The Wolverine slices and dices, while continuing the current trend of superheroes trying oh-so-hard to not be super (re: Iron Man 3 and Man of Steel). They just want to be normal, everyday people. But what kind of movie would that make?

Based on the 1982 story by Chris Claremont and Frank Miller, The Wolverine follows the events of X-Men: The Last Stand. A haggard-looking Logan (Hugh Jackman) is isolated, being one with Mother Nature (sporting a beard that would give the Duck Dynasty gang a run for their money) before he is summoned to Japan in order to repay a life debt. Apparently, during World War II, Logan saved a young soldier’s life while trapped in a Japanese POW camp.

In a turn of events, when Master Yashida offers to take Logan’s immortality, he is turned down. But before Logan can leave the country, it’s unwillingly taken from him anyway, thus Logan is closer to being human than he has ever been in his long, long life.

On the run from the Yakuza (Japanese mafia), he’s paired up with Yuriko (a female kick-ass Asian mutant, played by Rila Fukushima), trying to protect Yashida’s granddaughter, Mariko, and survive without his healing powers.

For the first time on film, Logan needs help. He’s vulnerable, injured and almost human. It’s good to see the Wolverine character actually have an arc, instead of just being in pain (and inflicting it upon others). Logan actually has feelings. Who knew? His backstory gets even more complicated (I thought that was impossible after watching X-Men Origins: Wolverine), but I’m digging his character’s journey.

The Wolverine delves into Japanese politics with heavy doses of loyalty and honor. The writing is superb, inserting mutants into the Japanese atmosphere with the organized crime subplot made this an out-of-the-ordinary scenario.

However, there’s more ninjas than mutants in this movie. With all the characters in the Marvel Universe, where are the Asian mutants? Yuriko’s character has flashes of brilliance, but not much screen-time. All the major film studios better heed this warning: The superhero genre has far-too-long overlooked the female Asian mutant character type. Please insert more into your movies! White guys aren’t the only superheroes in comic books, so they shouldn’t be the only ones on the movie screen!

Has Logan finally found peace? A post-credits scene leads into the upcoming Days of Future Past movie, which is sure to feature Wolverine in full beast mode!

Strength: Great writing, acting, stunt work and Japanese sets!
Weakness: Enough with superheroes wanting to be normal!
WTF Moment: The main villain, Viper, seems to be an amalgam of the characters Toad and Poison Ivy. Not very original.