Ruminating on The Leftovers Finale 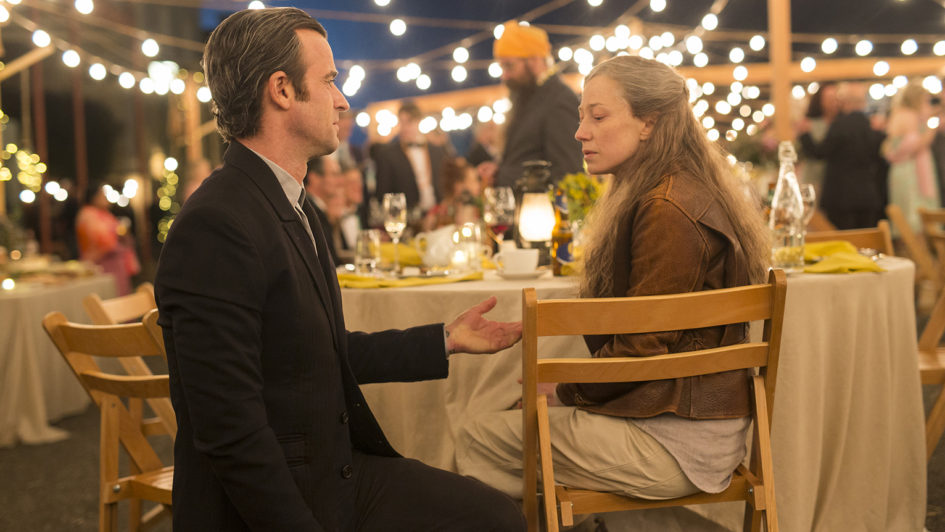 I watched The Leftovers final episode last Sunday, hoping for the satisfying ending that Lost never gave me, and though I’m not sure Lindelhoff gave me much resolution, I can say this finale has been stewing around in my head almost constantly since then.

The Leftovers, so far, has been a TV show about grief and loss. About two percent of the world’s population simply vanishes with no perceivable reason or cause. This lack of reason means many characters in the show consistently deal with an inability to fully experience their grief. The premise sounds much like a classic tragedy, with a major event happening, and the characters searching for reason and purpose. It is a perfect setup, as it allows for the confluence of fate and choice needed in a good tragedy. The writers lead both viewers and characters down a track that one feels must lead to a reason and therefore a cathartic release for everyone involved.

But as we’ve learned from Lost, not every storyteller is trying to provide the therapeutic release of catharsis that the Greeks felt was so important in their plays. This touches on another common theme in The Leftovers. Namely, that the stories we tell ourselves and each other can sometimes feel inadequate in the face of suffering. The characters turn to charlatans, preachers, cult leaders, messiahs, psychiatrists and physicists, yet none of these answers ever seem to satisfy. That’s because The Leftovers isn’t just about unresolved grief. It’s also about finding your purpose and identity in those around you.

The finale makes this especially apparent. It is almost totally unconcerned with what caused the Departure, and in fact, by this last episode, every other character has long since found some sense of peace. This last episode is essentially only about Kevin and Nora. Kevin had already experienced his resolution in the second to last episode. He visited his afterlife and destroyed it, quite literally confronting himself in a powerful take on the classic hero’s peripeteia, his reversal of fortunes that forces a moment of realization about his true self and purpose. He sets aside the need to be some sort of messiah, leaving his other world for good. This is in keeping with the ambiguous, postmodern nature of The Leftovers. Whether he really was dying and coming back, or was really meant to be a messiah figure is irrelevant. He’s found his own purpose and identity not in a story, but in a person. That person being Nora.

Nora, herself, in this episode, is older and living in Australia. The entire episode I found myself trying to find an explanation for how she looks and acts around Kevin when he finds her. Theories ranging from the highly fantastic to the most mundane scrambled around my head for the entire episode. Yet when Nora finally gives her account of what happened to her and where she went, none of it seemed to matter. I spent three seasons looking for an answer to the Departure, hoping, as all the characters did, that it would bring some sort of peace or resolution to their world. What I found, instead, was a need to see Kevin and Nora find peace with each other, having realized with each character’s arc in this story, that no answer may ever be truly satisfying.

I have to say, it is impressive the way in which The Leftovers communicates the classic elements of a tragedy and then consistently subverts them. It is essentially a story about the stories we tell ourselves to be happy. I think Lindelhoff and Co. are critiquing the very idea of therapeutic catharsis. Maybe we don’t need another grand resolution. Maybe, as the show concludes in its final scenes, what we need is to hold hands with someone we love. 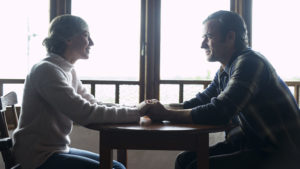