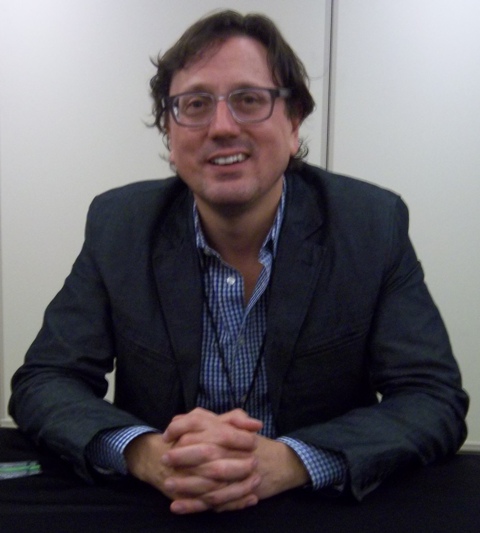 Per My Brother
The video game industry is one of the fastest-growing industries in the United States. It’s always in the spotlight and sometimes, it can be attacked in the press. That is when Erik Huey, Senior Vice President of Government Affairs at the Entertainment Software Association, enters the conversation. He represents many game developers and works with government officials to protect the rights of all gamers and video game developers. Mr. Huey describes his job, rating retro games and his hometown bias for the undead.

Your job is interesting, but confusing. In simple terms, how would you describe it?
– “Entertainment Software Association is a trade association for the video game industry. Our members are the companies that make video games. So, it’s Sony, Microsoft, Nintendo, Ubisoft, Electronic Arts, Disney, Warner Bros, Epic… We have 38 members — household names, but also smaller video game companies, as well.”

“We are the government affairs and public relations arm of the industry. I run governmental affairs at the state, federal and local level for the industry. We look out for the interests of our industry. We try to pass all good laws and stop all bad laws, at the state and federal level. I interface with elected officials and give our industry’s perspective. So, we are an advocacy arm, to insure elected officials understand the needs of the industry and the member companies.”

How long has the ESA been a trade association?
– “We’ve been around. We used to be the ISDA (Interactive Software Developers Association), and that was just too wordy. Now, we’re the ESA. We make video games. We manufacture fun, we don’t hide from it. It’s been around for 19 years.” 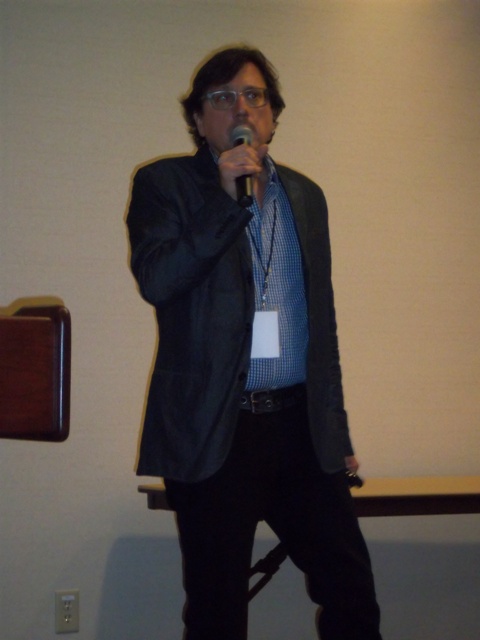 Video games, as a whole, are getting lots of negative publicity. Do you think it’s more press-driven, or politicians feeding the press?
– “Sensationalism sells. It’s rhetorically lazy journalism: Let’s go after video games. A lot of times, there’s a potential agenda. I think some of it’s press-driven. They can always find an elected official who will say these things. It’s a lot juicier than bringing on a guest who’ll say video games and real-world violence have no correlation, and what you’re talking about is distracting from the real issues. Let’s talk about those.”

In the early ’90s. when Mortal Kombat created an uproar about violence, did that bring about the ESA?
– “The Lieberman Commission, said, ‘You’ve got to do something, an industry, or we’re going to visit a solution upon you,’ and that’s when the ESA and ESRP were formed as a trade association.”

Telltale Games’ The Walking Dead has been a hit. Are you a fan?
– “I love the series. I love the game. The Walking Dead is amazing. It’s on television, games, graphic novels… it’s this great confluence of different art forms, all in one. It’s great. I’m from Pittsburgh. I love Zombies.” 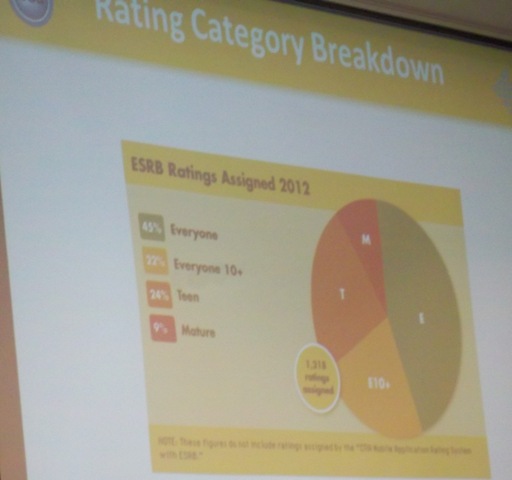 The game is a mature-rated digital download. Are you concerned there’s a lack of a gatekeeper to prevent minors from purchasing mature-rated material online?
– “Compliance is easier in our retail program. We’ve got this partnership with all the retail stores, Best Buy, GameStop, Wal-Mart and Mom & Pop stores. We reach out to our retailers. Online, you have to have a means to pay, and you can’t really have a credit card in your name until you’re 18. There’s some things you can do. It’s incumbent upon the parent to monitor your child and blocking M-rated content. The online version is going to be rated the same way as the disk version. As a parent, if you want to set your console to not play M-rated games, you can do that.”

If a retro game was to be released today, would any have a mature rating?”
– “What if you had this game, where a cannibal was running around, consuming these ghost figures? With a ravenous appetite, consuming these mysterious dots. Are they drug-induced dots? What’s going on? How would Pac-Man be described? You could describe Donkey Kong as an Italian guy, who has a hammer and a mustache, smashing stuff. Frogger: If you’re that frog, that’s some violent stuff. I still play all those old games. We had a Ms. Pac-Man table at our house for a while.”

Other than Washington D.C., where will you be appearing next?
– “I’ve got to run to the airport, because tonight’s the White House Correspondents’ Dinner. We’re hosting an After Party. I speak at E3, our big trade show in Los Angeles. I’m on the Advisory Board of Games For Change.”