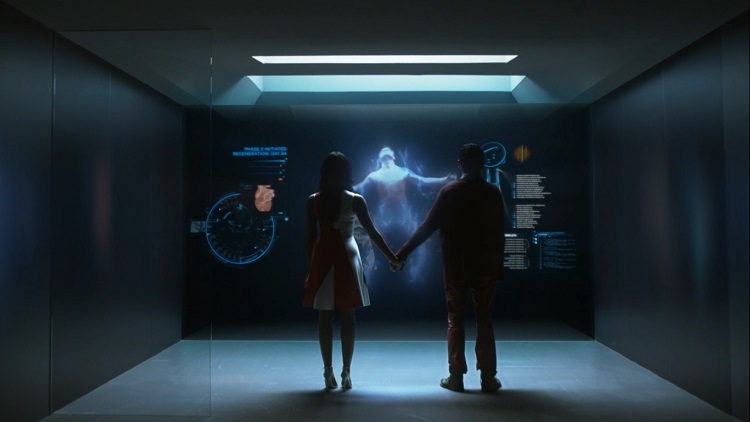 If you had the opportunity, what would you do with a second chance? That’s the premise posed in the new FOX series, Second Chance, which is inspired, in part, by Mary Shelley’s Frankenstein.

In the wrong place at the wrong time, an aging 75-year-old former Los Angeles County sheriff is killed after a break-in. Brought back to life and housed within a younger body that includes all-new abilities, it’ll take a little time for Jimmy Pritchard to adjust to his new surroundings, just like it’ll take a little time for this new TV series to gain its footing. That begs the question: How long will FOX Television allow it to grow organically?

In the pilot episode, A Suitable Donor, old man Jimmy Pritchard (played by Philip Baker Hall) gets a brief backstory before getting replaced. Back in his heyday, he was a man who got things done, rules be damned. Sadly, he resigned from his job among a corruption scandal. Thanks to Lookinglass Technologies and a genetic variation, he awakes from his dirt nap in a bacta tank with a new outlook on life. Robert Kazinsky does his best Grumpy Old Men routine until he realizes his Hulk-like rage (and strength), super hearing and being super potent have basically transformed him into a superhero.

Mary (Dilshad Vadsaria) and Otto (Adhir Kalyan) Goodwin are the co-founders of Lookinglass with ulterior motives. Otto seems to suffer from agoraphobia and it feels like his character wastes too much screen time. Mary has cancer with no cure in sight, but she uses Jimmy’s super blood to prolong her life. Ultimately, Jimmy is responsible for trying to save not only his son’s life, but Mary’s as well.

For some reason, no history is given (or mentioned) for the young donor’s body that Jimmy adopts. I’m guessing this element will play into an eventual storyline for future episodes, should the TV series last that long. Will his previous personality eventually show up as well? Tune in to find out.

Apparently, Howard Gordon (The X-Files, 24, Homeland) is listed as an Executive Producer and a writer for the series, which proves to me the TV show has the decent possibility of surviving for a second season. That being said, he isn’t listed as a writer for the pilot, which was a jumbled mess. With all the science-fiction elements present — including a talking computer — I couldn’t decide whether this was supposed to be a sci-fi show or a procedural. Either way, I’m still not very interested in these characters or finding out what happens to them in the next episode. Here’s to hoping the writing gets a better focus.

Strength: Futuristic science fiction is on full display, here.
Weakness: But this isn’t really a sci-fi show. It’s more like a procedural, among other things.
WTF Moment: Every 12 hours, Jimmy must return to the bacta tank before his body is rejected… by what exactly?