Shin Godzilla Rocks the Japanese Box Office, But Does It Survive #HauntLife? 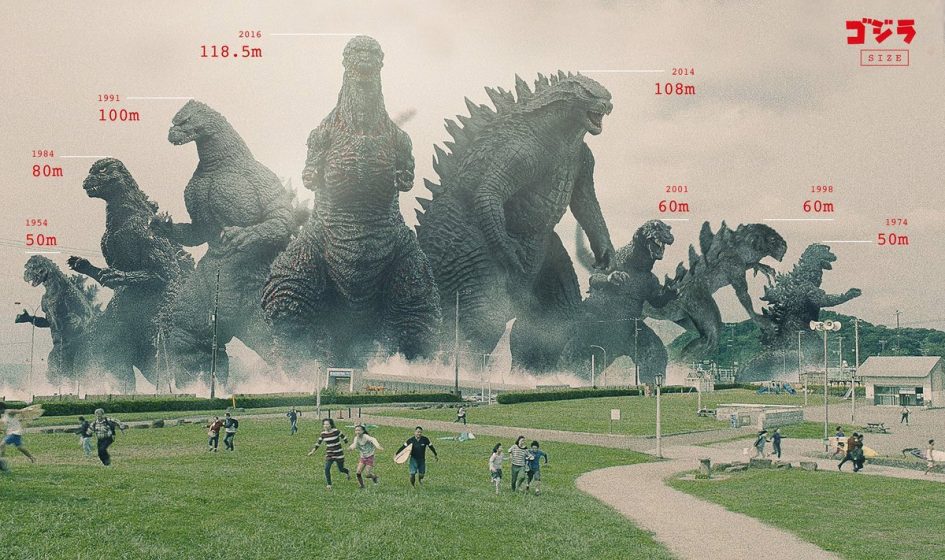 Shin Godzilla (or Godzilla Resurgence) slammed into Japanese theaters last year with thunderous applause and very high reviews. With the new film Kong: Skull Island releasing into theaters this weekend, this episode of #HauntLife is going to delve into my take on this blockbuster, and how I feel it stacks up in this day and age with other giant monster films.

Before I get into the review, I feel like it is my duty and obligation as a reviewer to show a little “street cred” when it comes to monster films like this one. I mean, you wouldn’t take medical advice from a mechanic, nor would you take legal advice from a bag boy at the grocery store. You want to find someone who kinda knows what they are talking about. For all 39 years of my life (yes, I include my newborn and toddler years), I have been a horror fan. I thought it all started when my family first got cable TV and the first thing I flipped over to was the original King Kong on TNN (or maybe it was TBS… can’t remember). But my mom recently let me know that it began much earlier, and that as a toddler, I would run around trying to scare people. Guess that is where my 2-year-old gets it, as she loves doing her “monster voice.”

Going back to my first moments watching King Kong, I was amazed how they made him look so amazing. I mean, from my young perspective, here was an ape the size of building. That is something i had never seen before, except in pictures in Fangoria or other magazines I got to look at, only at the grocery store waiting for Mom to finish her weekly shopping list. But these were no pictures, these were fully mobile images on my screen. I was hooked.

As King Kong ended, I was upset, ’cause I had no idea what was going to be on next. In those days, you didn’t have a digital TV Guide to see what is coming on next. And since the cable man had just driven away only minutes earlier, it’s not like Mom and Dad had suddenly started getting the TV Guide magazine. So, I sat there, eagerly anticipating the next film. I bet you can tell what it was, since I am writing on the subject. That’s right… Godzilla.

Now, I cannot tell you which of the many many Godzilla films it was. It could have been Mothra vs. Godzilla, Son of Godzilla or even the original Godzilla film. All I know is the moment I laid eyes on that scaly nuclear dragon and heard that iconic screech, Godzilla had burned a hole into my heart that would never be replaced. From that moment on, I had forgotten about the gorilla I had just gushed over. That weekend, I got my parents to buy me everything Godzilla I could find. Godzilla toy? Got it. Godzilla bed sheets? Took some work, but got them. Magazines with Godzilla inside? My collection was impressive. Even took some old green pants I had, covered them with construction paper, along with a camo t-shirt and started wrecking my own brand of havoc on the Hot Wheels and G.I. Joe figures I had in my toy room.

Since then, I think I have seen just about every incarnation of Godzilla there has been. I remember going to the see the film Hope Floats with my girlfriend at the time, only to sneak out mid-film to go see the 1998 release of Godzilla (she was not a fan of my idea). I entertained the idea of building my own suit after watching Stan Winston Studios videos. And somewhere in this house is a copy of the Godzilla video game on Game Boy. I am one huge fan of the super lizard!

I was asked to find and review of copy of Shin Godzilla, which was released in 2016. This is the 31st film in the Godzilla film franchise (29 of which came from the same movie studio, Toho), and is basically a reboot of the lead character’s origin story. It was directed by Hideaki Anno and Shinji Higuchi, and stars Hiroki Hasegawa, Yutaka Takenouchi and Satomi Ishihara. Oh, and the beast incarnate, Godzilla.

In the film, a large aquatic creature is seen via viral video moving inland past Tokyo Bay. The Prime Minister of Japan reassures the public that the creature is harmless, but soon it develops legs and begins moving onto land, destroying towns and killing many citizens. Unable to ignore it anymore, a task force is created to come up with a solution to this gigantic radioactive monster, given the name Godzilla.

As the death toll rises and Tokyo is next in his path, the task force, with aid from the United States, attacks Godzilla. Upon wounding the beast, they are horrified to find that he can emit a nuclear blast from his mouth and fins. The beam destroys a large portion of Tokyo and the forces against him, including most members of the Japanese government. As a side effect, the attack leaves Godzilla in a dormant, recharging state.

With little time to come up with a new solution, the United Nations authorizes nuclear force, should Japan not find a way to kill Godzilla. Scrambling for solutions, the remaining members of the task force determine that the fins on Godzilla’s back are used to help him recharge, and if they can stop that from happening, he would become dormant forever. It is determined that a blood coagulant can cause the desired effect.

Before they can inject the sleeping beast with the serum, he awakes and attacks the team. They provoke Godzilla into unleashing his nuclear beam again, and once he is immobilized, attempt to administer the weapon. However, Godzilla awakes and destroys the military vehicles. With only one last dosage remaining, a train filled with explosives hits Godzilla, weakening him enough for the coagulant to be injected. Godzilla freezes up and the day is saved.

All in all, I have to say I am not a huge fan of Shin Godzilla. The acting in the film was decent, but I expected a lot more from a major motion picture company. The conversations in the film felt forced and unbelievable. I never got involved with the characters, and just could not care less if they saved the day or not. The special effects, while reminiscent of the ’80s, really failed. I may be comparing it too much to more recent films like Pacific Rim, but I really wanted to see more.

I know this film did great in Japan. In its opening weekend, it raked in more than $6.1 million USD, and beat out Finding Dory for the No. 1 box office position and stayed in the Top 10 for several weeks. It won countless awards, including Picture of the Year, Director of the Year and Best Cinematography at the 40th Japan Academy Awards. So, when I give these scores, I know I am going against the grain.

I give Shin Godzilla two out of five stars, mainly due to just getting bored with the overly long dialogue, lack of action and lackluster special effects. I know Toho can do better.

I still think you should take a moment and watch this film, if you can find a copy. But there are many other films that I feel beat this one out in the “Giant Monster Destroys Everything” genre of films. Do I think you should “Shun” Shin Godzilla? No, but realize the film feels about 15 years behind modern cinema.

Until next time we meet, enjoy the #HauntLife.