Social Reflections of The Force Awakens 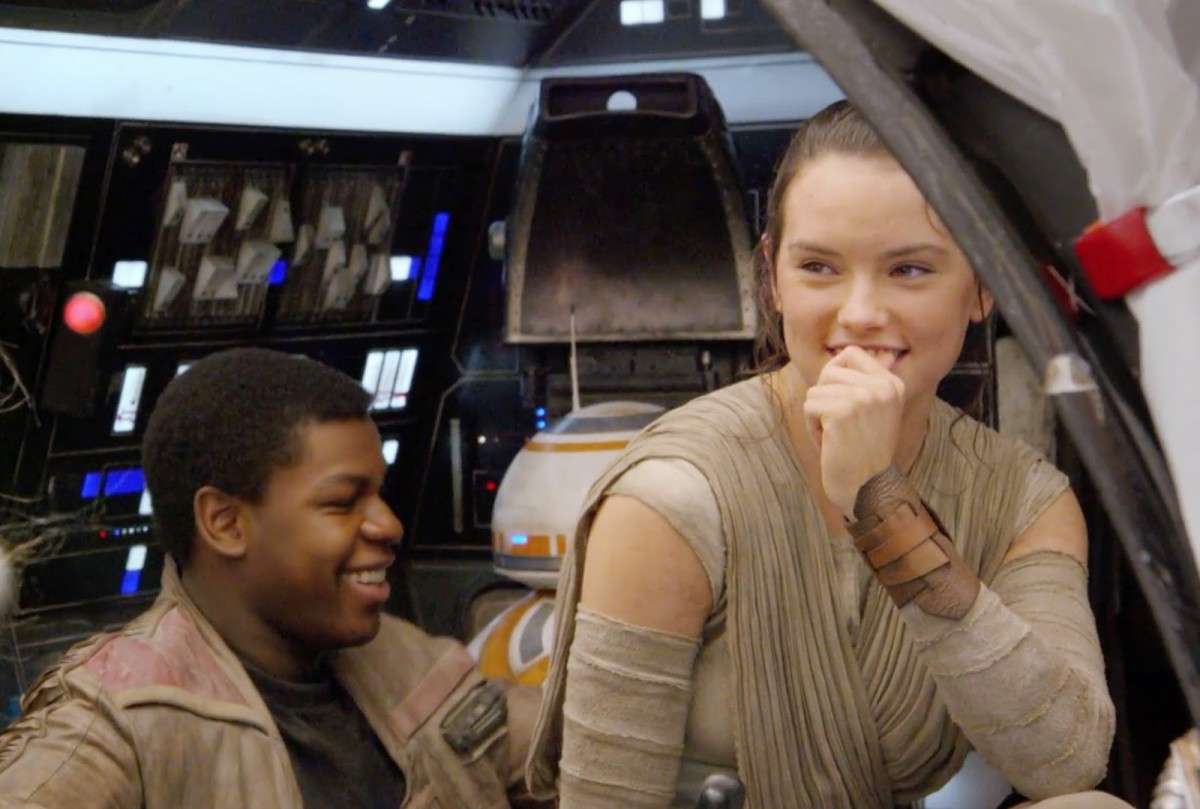 It has often been said of the Star Wars films that they tend to reflect the times, to some extent. Volumes have already been written on the topic, so we won’t rehash here why the cautious optimism and sticking-it-to-the-man motif of the original trilogy, or the sinister government rumblings and questions surrounding the meddling in genetics or technology dependence of the prequels were applicable to their times. What stands out now, in the lead roles of J.J. Abrams’ The Force Awakens, is the presence of two characters who might have been very differently represented just 10 years — and certainly 30 years — ago. (If you’re super-spoiler paranoid, then maybe you should abandon ship now, but there will be no pivotal plot-points revealed here.)

Everyone who has read a movie poster, seen a trailer or turned on a device with a screen in the last year knows the newest addition to the Star Wars film galaxy features our old favorites: Han, Chewie, Leia, Luke, R2, Threepio and so on. Among the central characters are also those to whom the torch is being passed: The mysterious Rey, the AWOL Finn, daredevil Poe, and everyone’s new favorite walking tantrum, Kylo Ren. It is in the young leading lady and man; however, where we find this modern tale exhibiting what is still a bit rare, even in the enlightened realm of sci-fi: A non-patronizing empowered young woman and a young black male who is just a good guy all on his own.

Sure, the films of the ’70s brought us the plucky challenger to galactic oppression of women in Princess Leia, and we endured the Chaotic-Good alignment of Lando as an all-too-typical early ’80s “black friend.” Now; however, the stories of our times are much further along the path of what “our times” are, and The Force Awakens portrays the key examples of that fact, Rey and Finn, quite well.

Rey is a young woman of fierce independence. Not in the ferocity with which she pursues or insists upon it, but in the outright ass-kicking self-sustaining way she lives within it. She’s been abandoned on a planet by someone who was once a caretaker, placed into poverty and desolation, and has survived on her own for quite some time through hunting, exploring, tinkering, scavenging, trading, bartering and so on. She’s clearly not had — or needed — a man managing her in any way. All she knows is the life of an empowered young woman and it is portrayed with a matter-of-fact subtlety that most films are still struggling to muster.

Gone is the painful exposition of spelling out the concept of, “Hey, see this young woman? She’s empowered. How do you know? Because she just spelled it out in pedestrian dialogue for all you slow types.” Abrams and his team simply allow her to exist in it. The closest we come to anything expository is her comical running gag regarding Finn repeatedly attempting to take her hand to run from the enemy — which is played into the action so well that it merely offers a chuckle among the otherwise intensity and not so much a forced lesson in feminism.

Not far into the story, she encounters the legendary Han Solo — the sci-fi universe’s original misogynistic icon (second only to James T. Kirk). Now an old man, weathered by the smuggler’s life, loves, losses and lessons, Solo’s initial reactions are somewhat incredulous. This “girl” can fix things, knows ship tech, is a great pilot and speaks up like any of the boys. Everything that got her (and Finn) this far has basically been her doing. It is not long before the wise old smuggler accepts her self-actualized presence and concedes what he’s learned after all these years: Times have changed and so must he. All of this is written, directed and performed with a realistic believability that is still all too rare. 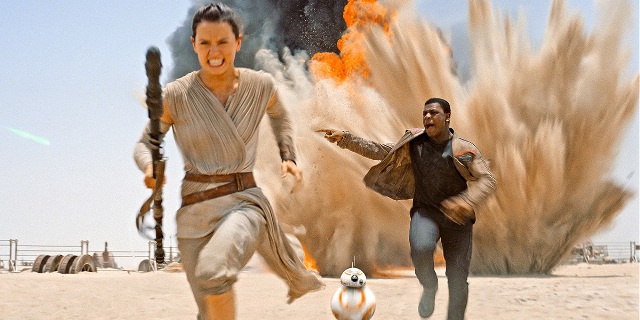 Many observers have expressed how much the Disney acquisition of Marvel and Star Wars adds a more balanced population of women to their previous lineup of always-controversial princesses. While Rey is not royalty (that we know of…) she joins Leia in the crowd of leading ladies working for The Mouse, just in time to help Cinderella shop for a sensible pair of flats.

As an adventure companion, Rey is paired by the story’s line of fate with Finn — a self-liberated Storm Trooper who happened to have too strong a conscience for the First Order’s brainwashing program to stick. The remarkable fact about his character is that he is an extremely rare young black man in film. One that’s already just a good guy.

All too often, the potential role model black male in popular culture is inherently flawed in some great way, requiring a redemption story. He’s come from an impoverished background. He’s been stuck in a gang and needs a new mentor. He’s been arrested by the one good cop who is determined to reform him. He’s had no father figure and sought out the comfort of drugs. The list goes on. We rarely see a young black man portrayed in film who just comes out of the gate as a good guy. Already good. Already doing OK.

Finn is just that. He was already a good, average, lovable guy who was nabbed as a kid by the oppressive First Order (the film’s evolved version of the now-defunct Empire). His existing sense of right and wrong would not allow him to kill for the regime and he quickly sets off to make an exit from their bad influence. He does this on his own, even rescuing a dashing and accomplished fellow cast member along the way. (Admittedly, because he needs a pilot, but he leads this effort on his own accord. Self-liberating the entire way.)

In this age of nearly constant debate on mainstream media and blogs about the concept of “agency” among those who have been historically struggling for equality, the placement of two empowered characters — a young woman and a young black man — front and center in our pop-culture landscape is an extremely positive development. The bar has been set for other films to match step and march forward with these sorts of portrayals.

In the ’70s, Star Wars changed everything we thought we knew about special effects and big-budget blockbusters. In this new era, will the franchise be credited with a landmark shift in the portrayal of women and minorities? Possibly. At least two sequels to go, but they seem to be off to a good start.