The Force Awakens: A New Chapter to an Iconic Saga 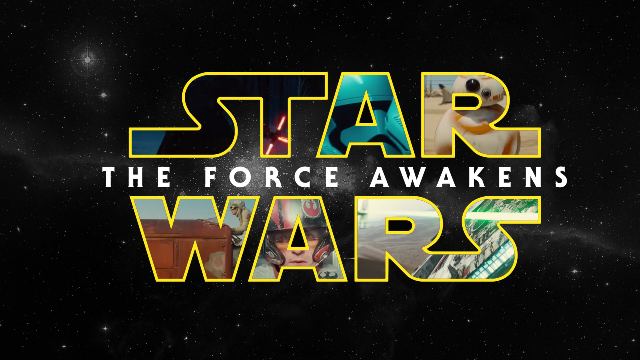 I’m going to say it: If you are a long-time Star Wars fan, there is as good a chance that you will love The Force Awakens as there is you won’t. Coincidentally, fans will revere or revile the franchise’s new installment for the exact same reason. For the first time in more than 30 years, Star Wars gives you the same feeling as it did when audiences first fell in love with the originals, so much so that some of the plot points feel like rehashed stories that have already been told. Of course, this is likely what writer-director J.J. Abrams had in mind when creating his version of the tale that adds to, arguably, the greatest franchise in movie history. What better way is there to continue the story at this point in the series, which first backtracked to the years before Vader, than to give us something familiar?

The movie undoubtedly makes a point of easing into the new trilogy slowly. We see a good balance between familiar characters and new ones as the torch is passed from one generation of heroes to the next. Many of the fans who want to nitpick this installment would argue that the new characters are just carbon copies of Luke, Leia, Han and Darth Vader, but I disagree. Sure, some characters grew up impoverished on a planet known for junk trade or are charming fighter pilots or an independent female that can handle whatever she has to, but those traits do not define them.

Really, the characters and the actors who portray them are the strongest aspect of The Force Awakens. Unlike the last films that cast top-billed actors such as Liam Neeson, Natalie Portman and Samuel L. Jackson, most of the movie’s talent have been in few big-budget productions, so far. One such star is Daisy Ridley, who portrays Rey. She’s a good blend of being a lovable loner and also tougher than she seems. She lives off the land in a post-Empire universe, scrapping old AT-AT parts or any other valuable items she can exchange for food. Her life struggles make her defensive and distant sometimes, but ultimately, she is desperate to find belonging and support and starts to put her trust into others along the way.

Probably the most intriguing and dynamic character in the bunch is villain Kylo Ren, portrayed by Adam Driver. He is mysterious and fearsome, hiding behind a black mask that shrouds his voice in a chilling monotone much like Darth Vader before him. Beyond that, he doesn’t share many other similarities. He is emotional and uncalculated many times. Even his lightsaber is unstable and wavering. His bad temper and impatience makes for a real wild card that would forego diplomacy in order to fill his ego.

Since there is no more threat of the Empire, another faction emerges as a new galactic menace. They call themselves The First Order and resemble what would certainly have been the Third Reich, had the Nazis found a way to oppress billions of entities across the galaxy. Between a 30-year gap, starting from the destruction of the second Death Star, their origin likely consists of former Imperials who went into hiding. Though, they are much more vicious and loads more incompetent. One enhancement that strengthens this generation of the Star Wars story is the upgrade of Stormtroopers. They are now diversified and can even shoot their target on occasion.

Droids also have a bit of a transformation. The cute and lively BB-8 is faster and more maneuverable than previous R2 units, while also being less than half their size. Throughout the movie, the rollerball droid expresses itself through a great scale of emotions that are surprisingly human, despite only being able to communicate through movements and beeping noises. It embodies what The Force Awakens set out to convey, which is just a restructured modernization of the Star Wars Universe for today’s audience.

When the dust clears and everyone is over the hype of the release, The Force Awakens will be ranked somewhere near the middle of the franchise. It isn’t as underwhelming as the prequels and won’t be as iconic as the originals, but it holds its own and tells a good story. On top of that, it is moving toward the most profitable film ever, across theaters worldwide. As long as Star Wars makes money, the story of Star Wars will continue, perhaps outlasting our own lifetimes. If the following films can reach the potential of this one, then Star Wars will continue to be adored by fans both old and new.