Star Trek: Discovery Begs You to Join CBS All Access 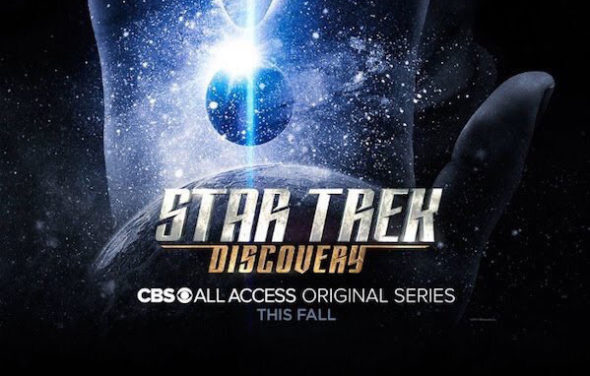 As of this writing, it has been almost a week since the premiere episode of Star Trek: Discovery (titled “The Vulcan Hello”) aired on CBS. I didn’t get to pump out a full review in a timely manner due to some personal automobile-related issues, but I can’t really go into any more depth here without addressing at least a few pros and cons up front.

First, the series is beautifully shot, with some tremendous special effects. Essentially, in this department, it is the anti-Orville. Every frame is sharp, with interesting color choices. The uniforms are well tailored and have an interesting design. Even though I am not a fan of the Klingon redesign, it is some impressive prosthetic work.

But being a long-time Star Trek fan, there are always going to be things that I can nitpick: Clunky expositional dialogue that is at home in most pilot episodes. The aforementioned Klingon redesign. And, most egregiously to me, the technology level of the series. If this is supposed to be a pre-Original Series setting (in the non-reboot movie universe), how is holographic communication technology a thing? That was brand new technology at the end of Deep Space Nine, which is over 100 years later… Like I said, we Trekkies can nitpick anything.

I liked it, but I didn’t love it. I am interested to see where it goes. So, why have I not subscribed to CBS All Access, where the second episode is already available?

All the signs are there. “The Vulcan Hello” ended on a massive cliffhanger. The second episode was immediately available, but still, I haven’t gone to CBS.com, put in my credit card info and continued watching. I have watched two more episodes of The Orville, a show that is arguably inferior in every way, in the time since.

I can think of at least two primary reasons.

First, CBS All Access was always a risk. Star Trek: Discovery was supposed to premiere last year, and be the flagship program for the service. Instead, Discovery was delayed over a year and All Access launched earlier this year, along with The Good Fight (spin-off of your mom’s favorite show, The Good Wife). Losing this simultaneous debut synergy probably sapped a lot of momentum out of All Access as a service. But even then, launching a streaming platform with only one or two exclusive series? What else am I going to watch? Reruns of CSI: Miami? Tempting, but no.

By splitting the premiere episode in half, the massive cliffhanger was intended to draw audiences to All Access to see the finale. Instead, I don’t even know if I care enough about what happens to these characters to tune in for the second half. It feels like CBS is blackmailing me to find out what happens next. I’m on the very edge of being a millennial, and one thing millennials don’t like is people trying to sell us something. This cliffhanger is trying to sell us on CBS All Access. And because we’ve only just met these characters, it doesn’t necessarily feel like the risk is worth the reward yet.

Second, as well-polished as “The Vulcan Hello” is, it also doesn’t necessarily feel much like Star Trek. It’s a bit darker, and more combative. We don’t know the characters yet, and despite some obviously massive decisions being made in the pilot, there isn’t any characterization to drive audience investment. “The Vulcan Hello” felt more like a season finale than a series premiere. If I had taken the time to know these characters, I would be more interested in this situation they have found themselves in. And that is why I have watched more of The Orville. It is a slower burn. And it is definitely more rough around the edges, but is also developing its characters; putting them in situations that aren’t immediately dark and hostile. Comparing the two pilots, The Orville feels more like what I expect Star Trek to be.

And when CBS All Access was banking on Star Trek fans to flock en masse to their new platform, they should have taken that into account. In trying to appeal to everyone, they have sewn seeds of discourse amongst their built-in audience.