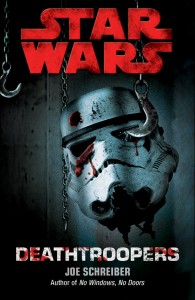 Star Wars plus Zombies? I’m there! Picking up Death Troopers was an easy choice. It is actually my gateway into the Star Wars Extended Universe — one which George Lucas has approved, but has stated it isn’t necessarily canon. Although I’m a HUGE Star Wars fan, I’m not a big fan of the EU.

This isn’t my first venture into the Star Wars galaxy. I’ve seen all the movies. I’ve played with my brother’s action figures and playsets. I’ve watched most of the TV series. I’ve played the video games, ranging from Rebel Assault to X-Wing vs. Tie Fighter to The Force Unleashed II. I’ve been looking for an entry point which I’d enjoy without a heavy backstory. Enter: Death Troopers.

This story focuses on the Imperial Prison Barge, Purge, which has been making routine sweeps to deliver the galaxy’s most ruthless convicts, most likely to be dropped off at Detention Moon Gradient Seven. Along the way, the prison barge’s thrusters break down, and docks with a drifting, derelict Star Destroyer to scavenge for parts near the Unknown Regions.

The majority of the scouting party does not return. However, Captain Jareth Sartoris does… along with a quickly spreading infection that results in creatures’
lungs filling with fluid, drowning from the inside and violent puking of blood (thus, the name of the ship, Purge, is appropriate on several levels).

The ship’s population is instantly reduced from 522 inhabitants to only six active life-forms, who happen to be immune to the outbreak. Of those, are brothers Trig and Kale Longo, Dr. Zahara Cody, Captain Sartoris and a couple of well-known characters (who shall remain unnamed for spoiler purposes). In fact, it was somewhat disappointing to have said well-known characters in this story, and prevented a more detailed story arc for the newly created characters. 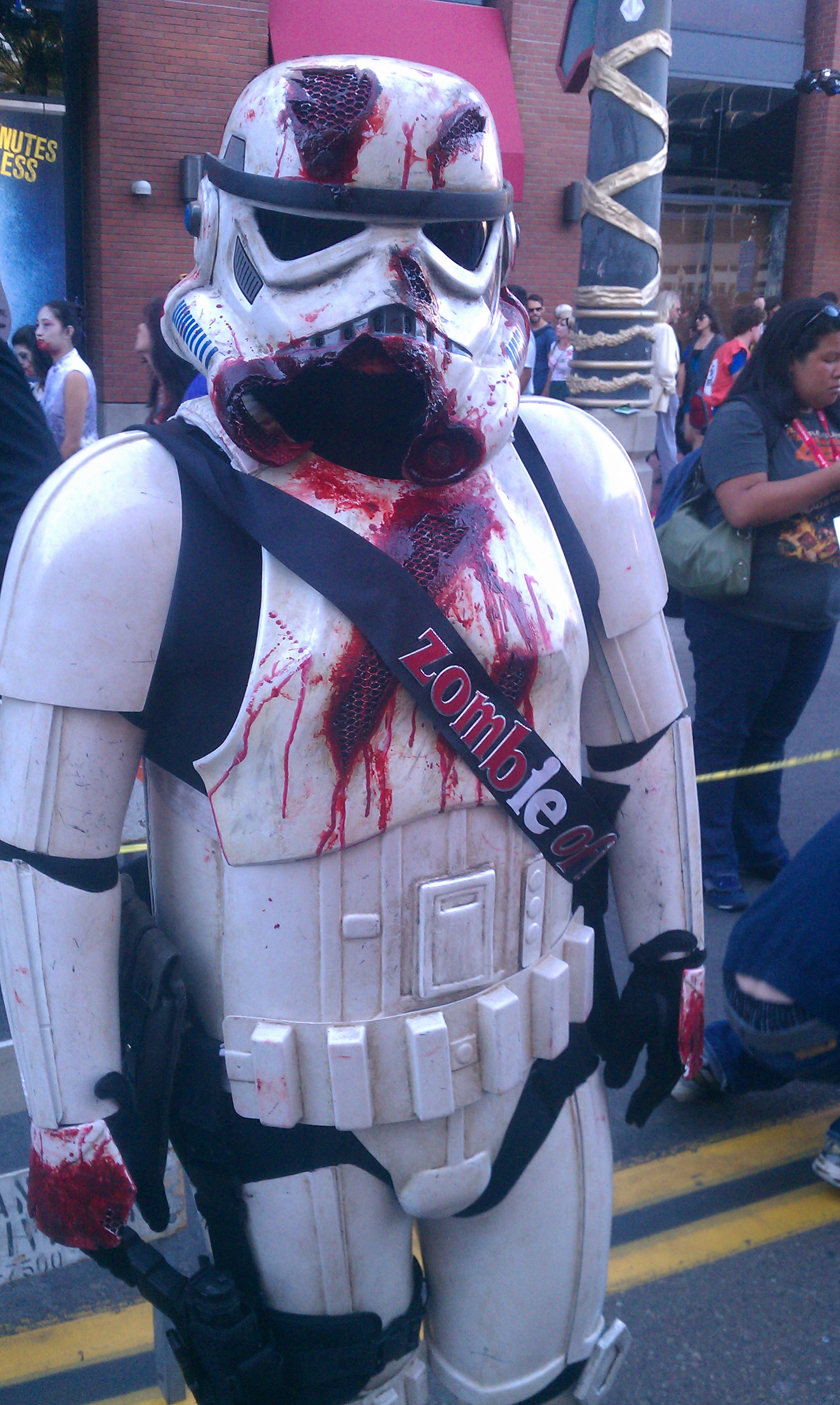 Eventually, it is revealed the “infection” is actually a top-secret weaponized experimental military-grade ordinance that destroys the host, before reanimation. These undead creatures communicate and think in a mass collective, much like the Borg. It’s a race against time to escape the quickly spreading undead forces within a cramped setting, as well as each other, clearly worthy of a movie adaptation. And speaking of movies, with Disney’s recent purchase of Lucasfilm and announcement of many Star Wars films to be released on a regular basis, there’s a decent chance this film could actually see the light of day!

Author Joe Schreiber did a valiant job of creating this atmospheric and violent novel, but he does not solely focus on one protagonist. There are too many main characters, and it feels like too many ideas are crammed together. His plot jumps from character to character, which bogs down the book. But once the survivors are alive and kicking, the storyline gels and picks up quickly. It’s a shame the story wasn’t totally coherent from the start. Schreiber has a flair for detail and writes great descriptions. I believe the word “zombies” was only used once in the book, and even then it seemed out of place. When the plot winds down to main characters placed within cramped environments, flashbacks to the Alien saga is inevitable. Having a horror book and inevitably a movie based within the Star Wars universe was a perfect pairing. I look forward to reading Schreiber’s follow-up book, Red Harvest, with anticipation.

Strength:: Zombies in the Star Wars universe!
Weakness: Pick a character, any character, as your main character.
WTF Moment: Zombie Wookies? Really? This needs to be an R-rated film, ASAP!

Notable Quotes:
– “With every passing meter, the musty fug of bile and stale sweat hanging in the air grew more oppressive. He had never smelled anything like it.”
– “Webs of sticky fluid dribbled from his nose and chin.”
– “The universe has a sense of humor, just not a nice one.”
– “You might want to work on that bedside manner, or has blasterpoint medicine become standard operating procedure for the Empire?”
– “The silence was a black cloud that hung above them.”
– “Find the karking syringe.”
– “They woke up! They just… eat.”
– “A rich smell of decay blew in over her shoulder, like wind from a grave.”
– “The ripe, feral stink that Zahara had caught a whiff of earlier was back, stronger now, almost overwhelming, as if some aggression gland inside his metabolism had started spurting violent hormones through his brain.”