Stranger Things Have Not Happened 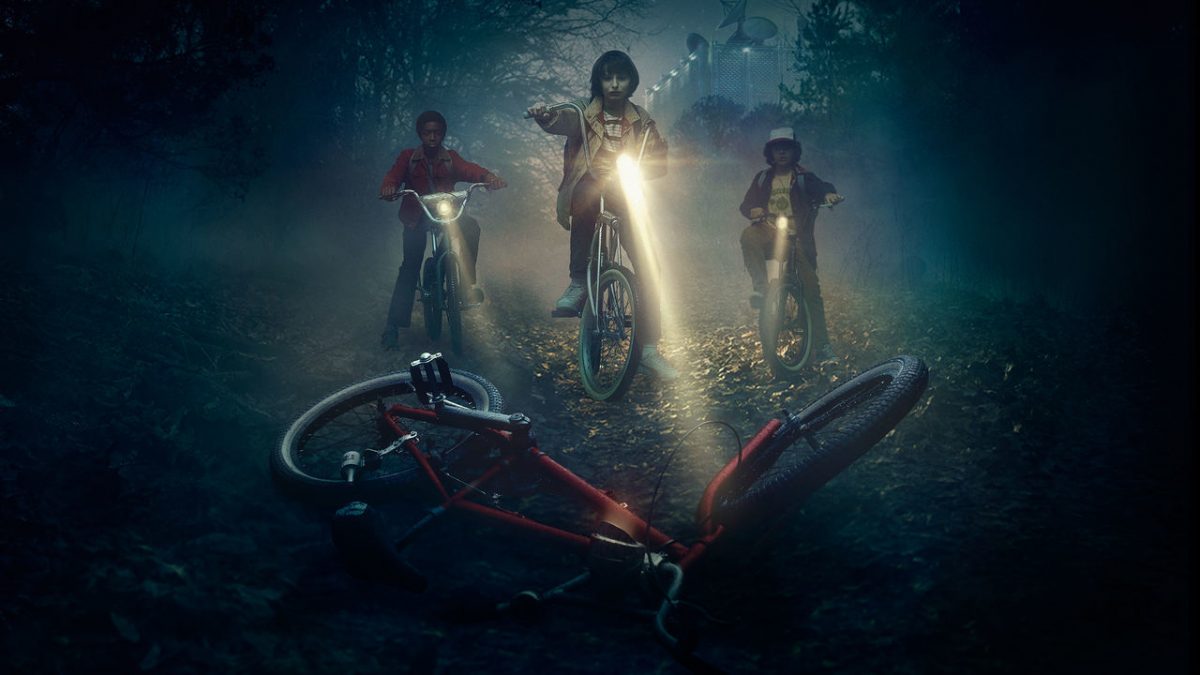 Many of the things we enjoyed when we were younger bring us feelings of nostalgia. Just remembering what once was, what shaped us and the cultural reflection of the time can be uplifting. But now, for fans of ’80s sci-fi and horror, Netflix’s Stranger Things can bring those feelings back again.

The eight episode original series released in mid July has been garnering lots of acclaim from fans and critics. Created by the Duffer Brothers, Stranger Things is practically an homage to classic Stephen King movie adaptations and the like. It has all the tropes of a small town high-school drama from the ’80s. There’s the cute, naive pretty girl and her nerdy friend, the slick-haired, cool-guy boyfriend and his goon-like friends, the creepy-but-sensitive loner, and the four young geeky boys who are academically gifted and really into Dungeons & Dragons. Many scenes flood the senses with period-appropriate aesthetics. Whether it’s big hairdos, classic movie posters or the incorporation of synth-fueled hits of the decade, everything just screams ’80s. But it isn’t just about the culture of the time. The TV show is consistently rife with mystery and terror. It is as binge worthy a series as I have ever seen. There is always a bit of intrigue with science fiction that is disappointingly not as prevalent and mainstream a genre as it should be.

The gist of the season’s story is that Will Buyers, a young and promising boy, disappears while riding his bike home from his friend’s house at night. At the same time, a young girl escapes from a government facility located on the outskirts of town. She is interesting in many ways, most remarkably her ability of using telepathy. Her hair is trimmed to the scalp, her only identification is the number 11 tattooed on her arm, and she hardly speaks. Simultaneously, while the Hawkins, Indiana Police Department searches for Will, the government suits search for their little girl-turned-science experiment.

What’s remarkable about Stranger Things is the shift in tone the show takes throughout the season. At times it feels like a happy-go-lucky coming-of-age story with little malice. Other times, it feels more sinister and foreboding. Also, for once, a TV show displays young tween boys cursing like sailors in a natural way.

The compelling nature of the show is that it doesn’t outdo itself too quickly. The intrigue is nuanced and creates a slow burn that tugs at the viewers’ curiosity. Every time something gets answered, more questions arise. Compare that to the quick-paced shows and movies of our generation. It’s easy to admire Stranger Things when the writers take the time to set up plots. There are honestly instances that are quite head scratching, as well. Sometimes the antagonists of the show are thwarted in puzzling ways that make you wonder how competent they really are. But regardless, it’s all part of the show’s charm. There is a mysticism present that creates more wonderment than flaw.

A full month later, Stranger Things is still generating buzz. It’s the new cultural following of our time and yet another reason everyone should invest in a Netflix account. Where the series goes now is still undetermined. It could seemingly work as either an anthology series or a continuation of Season 1. Either way, it has set the bar for its own success.