Stranger Things has been a breakout success in every way imaginable, as it’s created a unique and engaging story with deep, fully realized characters and a style like nothing we’ve really seen before. Coupled with a healthy dose of ’80s nostalgia, the series has been everything fans of horror and the bizarre have been waiting for.

Character-driven stories with a healthy mixture of terrifying, otherworldly frights and an even more terrifying dose of real-life drama and situations that almost anyone can relate to, have made this must-watch television for Netflix viewers. But the best part of this series has genuinely been the sort of performances being brought to us by the cast, as they step back in time and into the Upside Down. Let’s look at a few of the stand-out stars that have come from the first two seasons.

Winona Ryder made her debut in horror-comedy as the one and only Lydia Deetz in the 1988 Tim Burton masterpiece, Beetlejuice. Barely older than Nancy in Stranger Things, it solidified Winona’s place as a horror icon and opened the door to other roles in classic — and in some cases disastrous — bizarre, horror-adjacent flicks, including Edward Scissorhands, Bram Stoker’s Dracula, Alien: Resurrection and Black Swan. As Joyce Byers in Stranger Things, though, she has had a chance to explode across the screen in what my fiance calls “Crazy Winona at her best.” Joyce refuses to accept that her son has died so suddenly and tragically in Season 1 and, as the first eight episodes of the series explore the frightening reality of life in a small town, we see Joyce descending into a desperate sort of madness. Of course, we all know that she wasn’t nearly as crazy as audiences were led to believe. 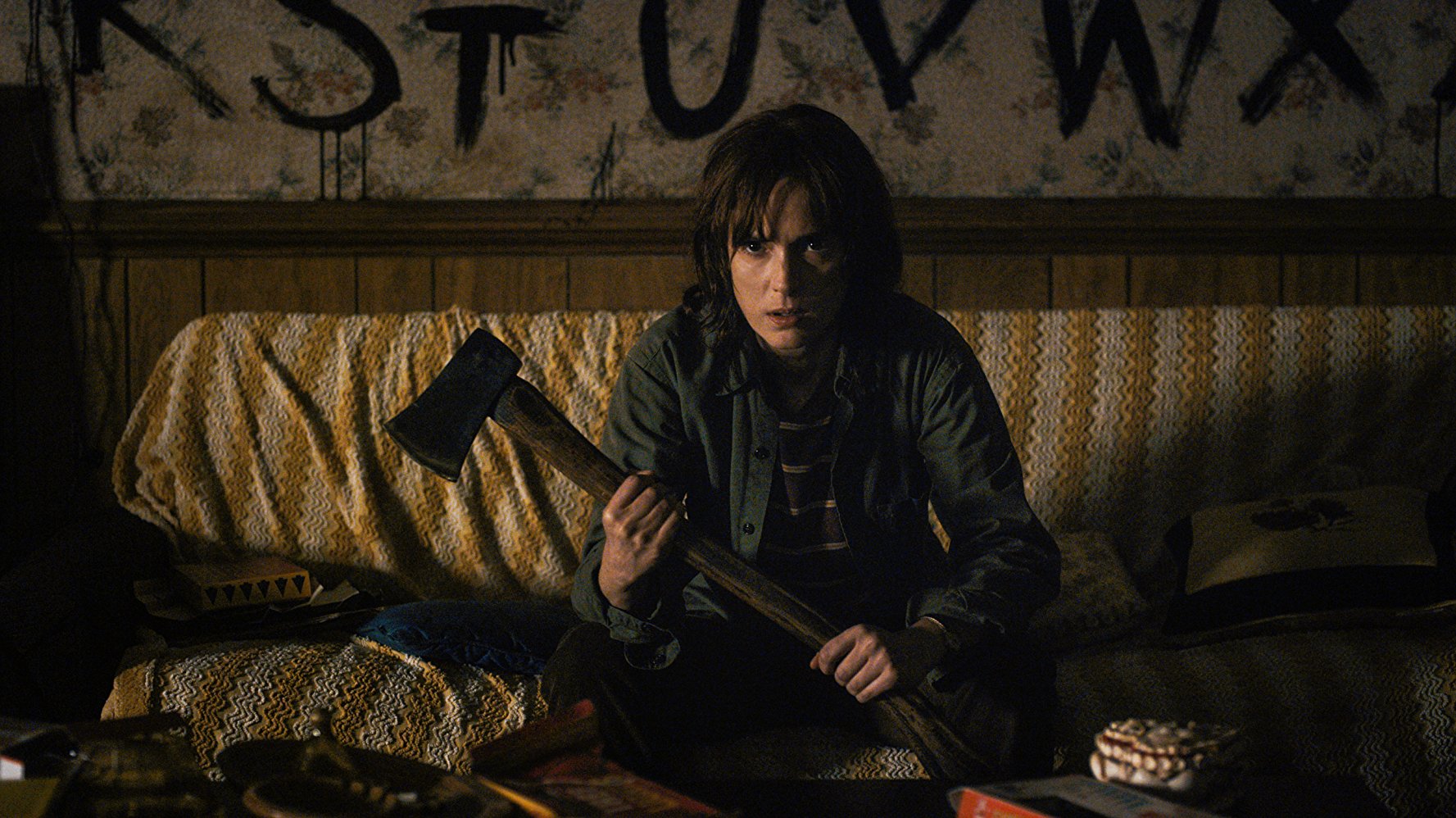 Already a star in so many ways, Stranger Things gave Winona Ryder the chance to really bring all of her talents and skills to a role. The wild-eyed desperation of a single mother trying to hold onto her sons could easily fit the character into any Lifetime movie of the week, while the struggle against an otherworldly evil and the battle to save not only her family, but her own sanity gives this character so much depth and relevance. My hope, as a horror fan, is that this will be the encouragement and boost Winona needs to come home to the genre that has, through her career, tried to desperately to make her a star. She could play anything from heroine to monster and really write her own ticket in the various subgenres that exist from Zombies, to slashers, to psychological horror. Will she use this return to stardom as a chance to crawl back into the A-lister cess-pit of Hollywood, or will she finally heed the call to join the horror industry that has always called to her?

Only time will tell.

Since we’re talking about some badass, talented women in the show, let’s talk about Millie Bobby Brown, for just a second here. She may not be old enough to drive yet, but she’s already able to outperform actors twice her age with a lifetime of experience. Getting her start in horror on the short-lived series, Intruders, she has proven herself to be one of the most versatile and talented actresses on screen today. She has an intense passion that she brings to such a well-written and tormented character like Eleven and, as Season 2 hit Netflix, expanded that story to make herself more than just an escaped laboratory experiment. Suddenly, the troubled, psychic, Demogorgon-slaying kid becomes a young woman trying to sort through the physical and emotional trauma she’s undergone, not to mention the traumas that being a middle-school-aged kid can cause. Appearing in 2019’s Godzilla: King of Monsters, I’m excited to see her career grow and expand in the years to come. 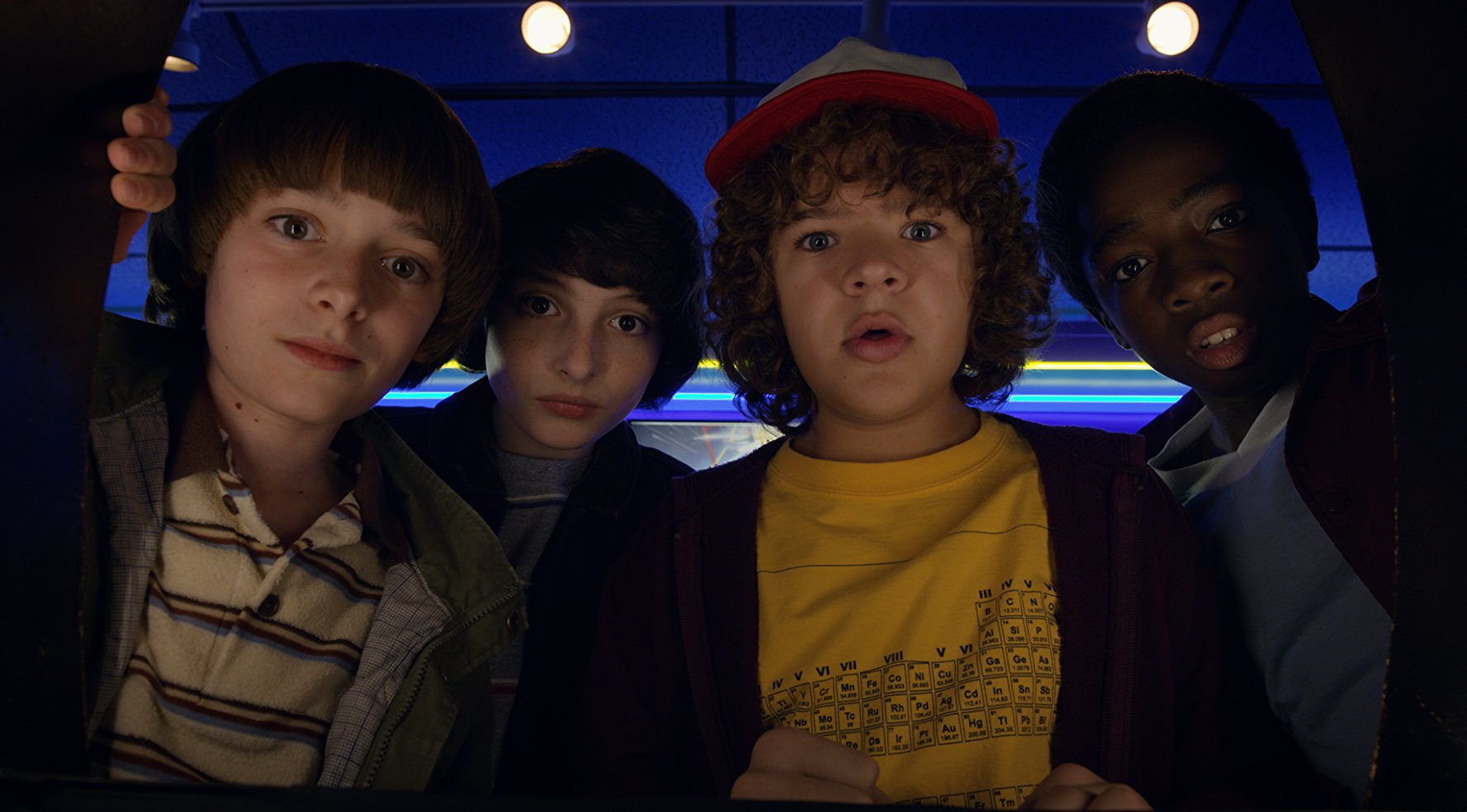 This kid is going places. Dark, frightening, hopefully horror-related places. As the leader of the party in Stranger Things, Mike refuses to give up hope on saving Will or Eleven from the dangers of the government and the horrors of the Upside Down. As Richie Tozier in Stephen King’s It, he provides more than a few smart-ass quips and some comical, rational relief, as another group of prepubescent monster slayers battle an immeasurably evil monster in a small town. The kid doesn’t have a lot of credits to his name yet, but he’s already becoming an icon in a genre that will always embrace him, as he brings these monster-fighting badass kids to life on screen. Just a thought: As long as we’re pulling out the stops with the late ’80s and ’90s remakes, Finn Wolfhard in The Monster Squad. Just, you know, consider it, OK.

I saved my favorite for last.

David Harbour’s Sheriff Jim Hopper is a salty, disgruntled, half-drunk mess of a man who tries on a regular basis to put aside his own self-destructive tendencies to save the day. Sound familiar? Well, in my opinion it’s a set of prerequisites necessary for playing Mike Mignola’s phenomenal demonic superhero, Hellboy. And what a coincidence it is that not only do we have someone other than Ron Perlman who could portray the character, but one who is currently filming the all-new Hellboy film, slated for release late next year. I mean, like it or not, Hollywood is determined to remake everything we know and love in a never-ending circle of creative stagnation. If Hellboy has to get lumped into that meat grinder of originality, I’m at least happy that someone who can pull off not only the look, but the personality of our favorite rock-fisted hero is going to be in front of the lens. 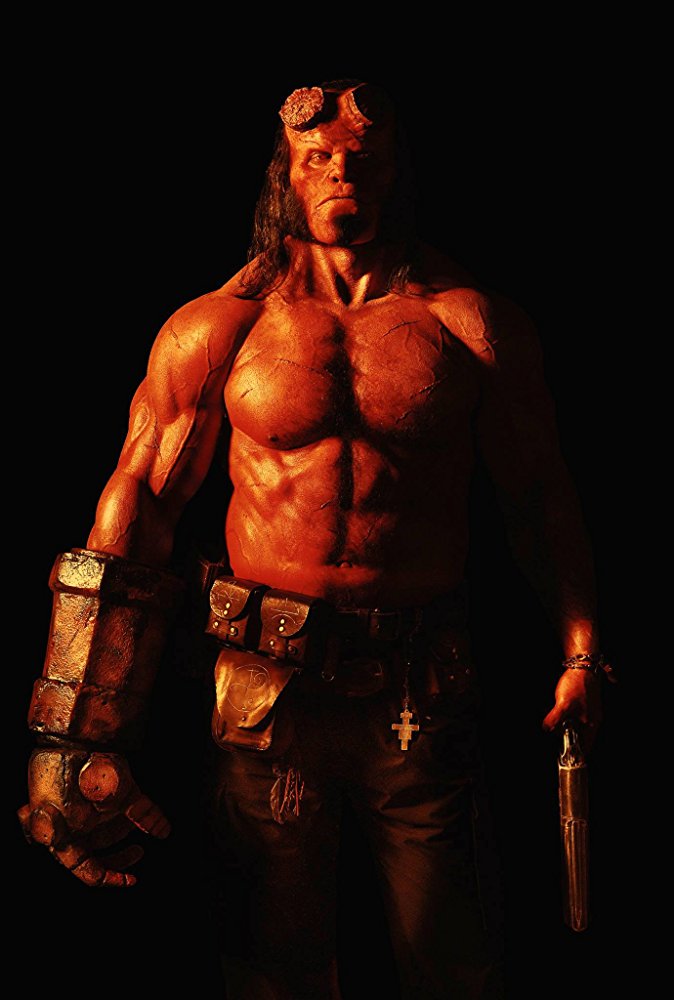 The entire cast of Stranger Things is beyond talented with writers and direction from the Duffer Brothers and others that can only be called genius. In an age suffering from superhero burnout, with dozens of films and television shows about super-powered badasses kicking ass all over the multiverse, it’s been amazing to see something that brings back some of the wonder and imagination that still exists in the hearts and minds of us all. I can’t wait to see what the future holds for our favorite Demogorgon slayers.