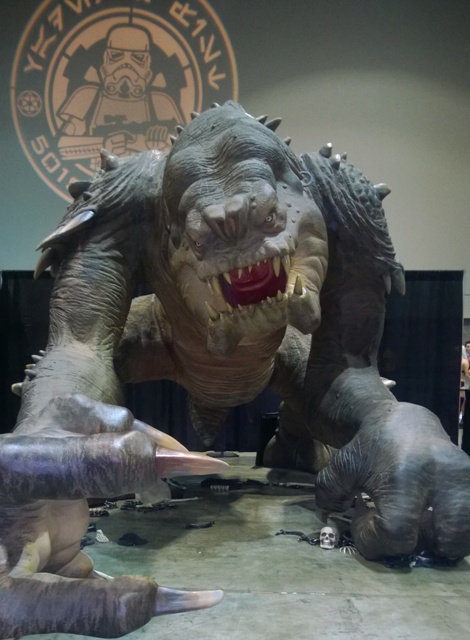 Orlando really knows how to throw a great convention!

MegaCon is one of the largest pop-culture and geek-culture conventions in the Southeast, covering anime, comic books, video games, TV shows, movies and more… if you can imagine it, you will find it there! While there seems to be an endless number of celebrities on hand for panels, photo ops and autograph sessions, the biggest attraction — and I mean biggest — is the vendor room.

In what feels like miles and miles of space for vendors selling and displaying an infinite number cool items and promoting various wares, this is where I spent the majority of my time during the three-day convention! 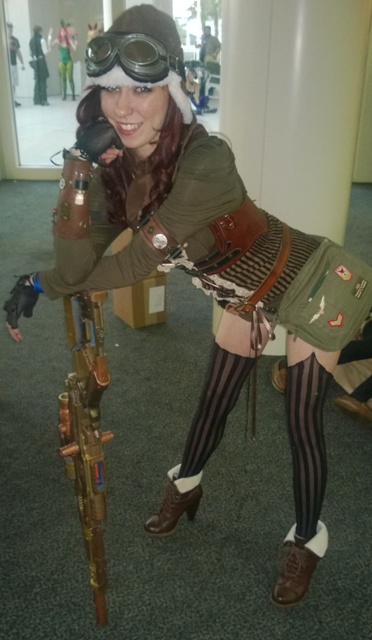 MegaCon is a really great early-season convention, one that is already popular, but doesn’t seem to get enough publicity. The reported attendance for the 2014 convention was more than 80,000 attendees, making it a very full Orange County Convention Center to navigate.

Although I recorded quite a few video interviews of guests and attendees throughout the weekend; unfortunately, I experienced video camera problems. I spent quite a bit of time trying to recover the videos, having nothing but bad luck. Good thing I used my digital recorder as a backup! 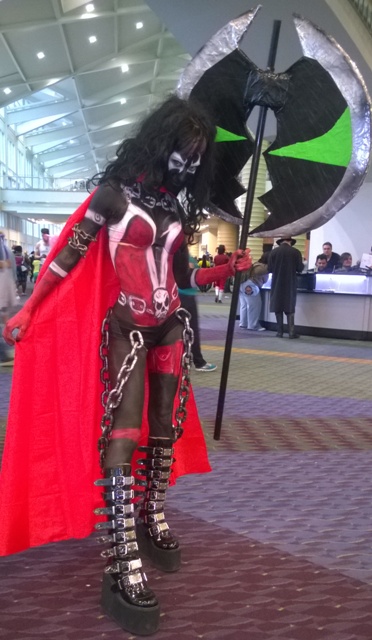 In my interview with Callie Cosplay, she discussed her art, photography and cosplay costumes.

I spoke with Marvel Zombies artist Arthur Suydam, who discussed his collaboration with George Romero for the ongoing graphic novel, Empire of the Dead.

There was a TON of great Star Wars display items, including original trilogy replica movie props, photo-ops (I LOVED the garbage-compactor room) and various costumes and robots from the 501st Legion. 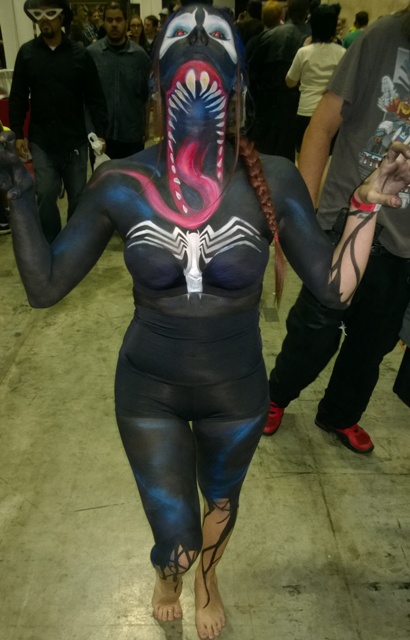 Roxy the Rancor was a definite highlight, which is a 700-pound, 17-foot-long replica, as seen in Return of the Jedi, that was painstakingly sculpted by Rick Bohler and Pizzazz Scenic Contractors, consisting of 2,000 cubic feet of expanded polystyrene foam. It’s a beast!

There was a huge presence of cast members of The Walking Dead, who appeared at a maxed-out panel room, but I couldn’t really find many other Zombies at the con (other than a vendor selling items covered with actual TWD comics).

With so many great cosplayers walking around the convention, I was really encouraged to attend the 2014 Costume Contest. There were many great costumes on stage I know the judges’ decision to award the best one was very tough. There were some awesome superheros in attendance, some super huge Warhammer costumes and many, many women wearing very skimpy women outfits who felt right at home in the humid Florida temperature.

The grand-prize winner was a wounded-war veteran who tricked out his wheelchair as a great Gears of War-inspired cosplay. Pictures do not give him justice. This is one amazing costume that must be seen to be believed! 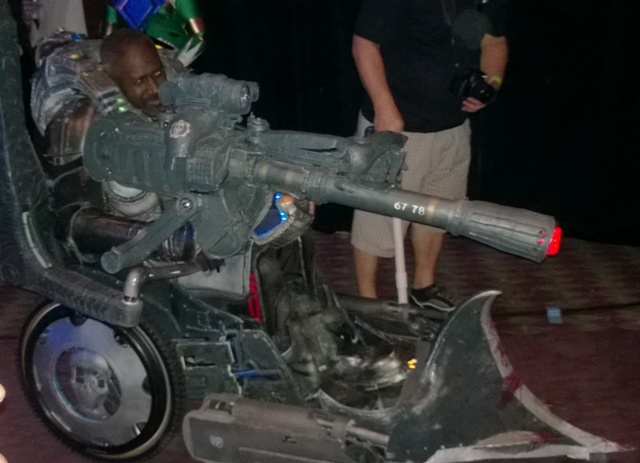 Each day, tons of great cosplayers hung around the convention center long after the vendor floor closed to visit with each other and pose for many, many photo-ops.

Before attending this year’s show, I hadn’t been to MegaCon in at least 10 years. It’s nice to know the show has only gotten bigger and better within that time span. I very much look forward to attending MegaCon 2015! 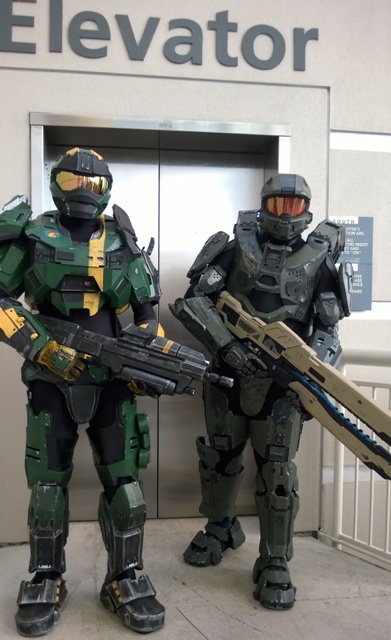