Per Matt
Everyone was full of spirits at two incredible festivals hosted by Taste of Tennessee in conjunction with the grand opening of the 2014 Tennessee State Fair.

On Friday, September 5th, more than 55 microbreweries participated in the 2nd Annual Taste of Tennessee Craft Brewers Festival. There were many great craft beer selections on hand — all of them brewed within the Volunteer State. Many were based in Middle Tennessee, but there were some from the greater Memphis area and even a few ventured over from the Smoky Mountains of East Tennessee.

One of the most impressive aspects of the beer festival was sampling the variety of beers on hand. With each brewery coming from a different landscape, many of the ingredients that were used in the brewing process varied. Also, the style of beers varied with each brewery, so no two beers tasted the same.

Saturday, September 6th featured the inaugural Artisan Distillers Festival, which featured Tennessee Whiskey, gin, rum, rye, vodka and moonshine all distilled in the Volunteer State. I was surprised at how many companies were representing East Tennessee, but in hindsight, I should have expected that, since the pure mountain water from the Smoky Mountains has been a go-to ingredient for moonshiners for hundreds of years!

Larger companies like Jack Daniel’s, George Dickel and Ole Smoky Tennessee Moonshine had a firm presence, but I enjoyed getting introduced to some smaller companies, including Corsair Distillery, Old Forge Distillery and Doc Collier Moonshine. 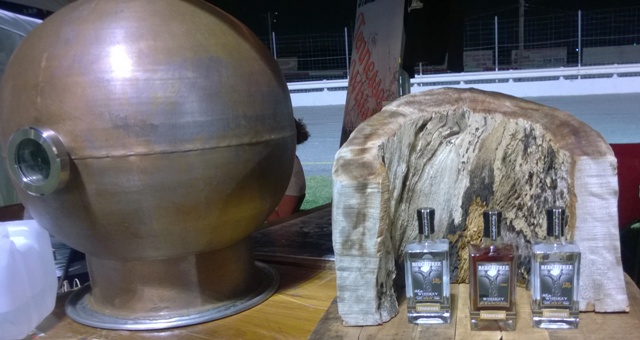 Although I’m more of a craft beer connoisseur, there was a lot of tasty liquor on the premises. I really enjoyed tasting various moonshines, Apple Pies and spiked lemonades. In fact, I was really impressed with Walker’s Southern Bloody Mary Mix, which was on hand to make one of the greatest Bloody Mary’s I’ve ever tasted!

Some of the breweries and distilleries only distribute in their home counties, so this was a great opportunity to sample beer you might not otherwise try. 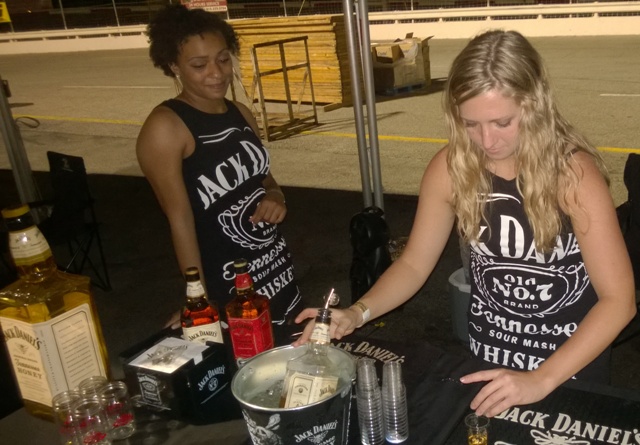 Throughout both nights, there was plenty of entertainment, including live music, Beardforce Films showing its award-winning film (Straight Up: Tennessee Whiskey), a paper-rock-scissors competition netting a year’s worth of free beer by Kay Bob’s Grill & Ale and souvenir pictures taken at Photo Boot.

There were many local food trucks on hand for both events, but I was attracted to some carnival food. Although I didn’t get a chance to experience the Ferris wheel this year, I was ultimately drawn to the Krispy Kreme Burger. This is a sweet sandwich that could only be created at local carnivals. Take your Krispy Kreme glazed doughnut, slice it in half, insert a bacon-cheeseburger (with or without the onions, jalapenos and plenty of hot sauce… just like I like it!) and you’re swimming in flavor town!

I’ve had a similar sandwich at the L.A. County Fair (although it was a Krispy Kreme Fried Chicken Sandwich with honey) and really enjoyed it!

I really had fun over a two-night span at the Tennessee State Fair. There were a lot of samples from great craft beers and artisan liquors, making my very-first visit to the fair a memorable one! I can’t wait to see what next year brings! 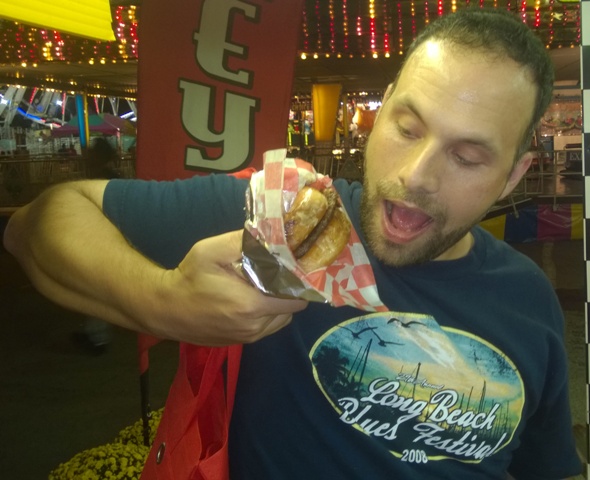 Although both festivals have ended, the Tennessee State Fair continues through September 14th! Make sure to try the Krispy Kreme Burger! I recommend it!