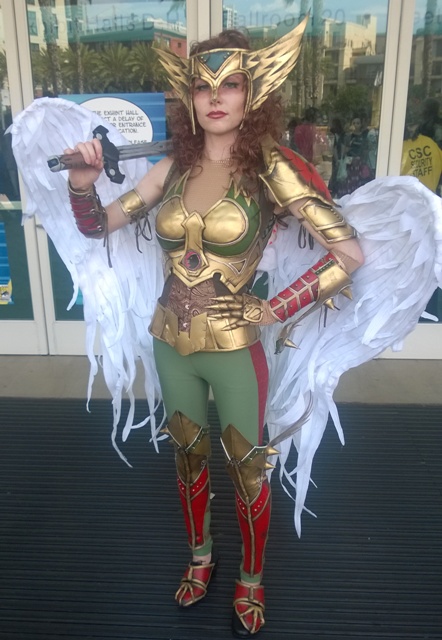 Per Matt
Ever wonder if it’s possible to attend San Diego Comic-Con International and have a good time… without ever setting foot inside the Convention Center?

Well, I’m living proof that you can have a week-long party without spending much money (including food and drinks) at SDCC!

Initially, I was supposed to be working as a vendor inside the convention for the fifth year in a row, but when those plans changed, I had to change the overall way I looked at the convention.

While it’s not breaking news that Hollywood has practically taken over the convention since Los Angeles is little more than two hours away, the fingerprints of multiple production companies and TV/film studios can be found all over the city (including ads at the airport, on taxi and pedicabs, even buildings).

That being said, they sure know how to throw a mean party!

When I arrived at San Diego, I immediately noticed the heat. In all my SDCC visits, this must’ve been the hottest one yet. I felt pity to all my cosplayer friends who wore full costumes throughout the week. I stopped by Gam3rcon to chat with my friends who throw a great offline party, including tabletop games, CCG tournaments, video game tournaments, art shows, Gam3rs: The Play, rooftop concerts and an overall fun atmosphere.

I spent the better part of two days at The Simpsons exhibit, soaking in all its promotional goodness as long as I could take the heat (it was located just outside the Convention Center). Nearby was The Godzilla exhibit, which featured many souvenir green-screen photos to go with the green-scaled creature.

Later that night, I attended Video Games Live performed by the San Diego Symphony and discovered an unknown gem: Lifetime’s Witches of East End party. The TV show featured magicians, tarot card readers and models dressed in full costume. Did I mention they were all serving a wicked amount of free drinks throughout the weekend? It’s an easy guess where I could be found each night! 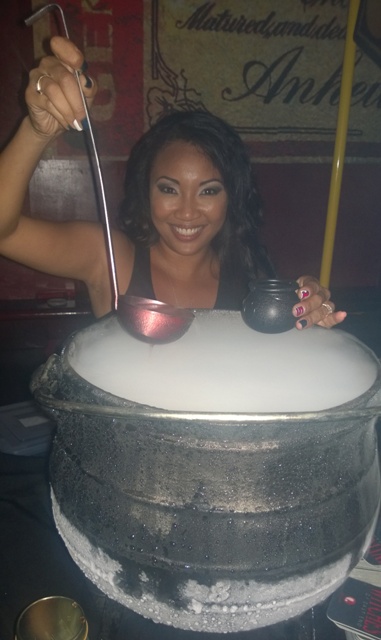 The next day I swung by the XBOX Lounge. I’d been really looking forward to trying out the latest games to my favorite console and reporting on the upcoming documentary uncovering all the unsold E.T. Atari games somewhere out in the desert. I was very upset to find out I needed a badge from the convention center to attend an off-site event. That doesn’t make any sense, especially when the Nintendo Lounge doesn’t require a badge for entry! Boo, Microsoft! I spent the remainder of the day walking around and looking at all the outdoor exhibits before swinging by the Tipsy Crow for more witchy partying! 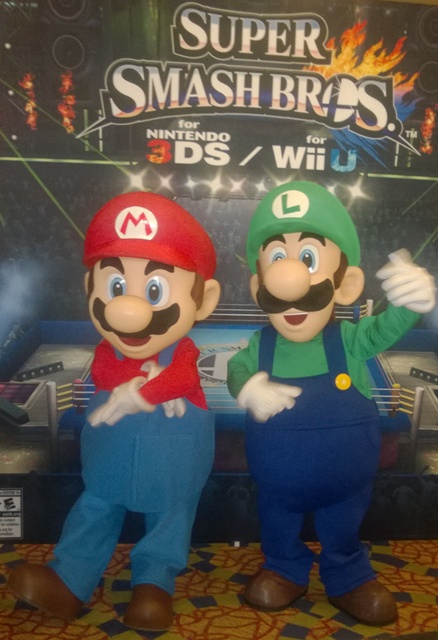 After waking up, I went wandering through the Gaslamp District, stopping by a few microbreweries for some great craft beer and then heading out to Heroes Brew Craft Beer Festival. I absolute loved the atmosphere: combining cosplayers and craft beer, with a slight breeze blowing in from the bay! I hope other beer festivals adopt this great concept! Late night was back at the witches party!

The following day, I visited Nerd HQ, which has grown in just a few years to be a very popular offsite independent con outside the Convention Center! There were all sorts of promotional booths handing out freebies and offering free photo-ops, including two upcoming video games by SEGA (Sonic Boom and Alien Isolation). On the second level of Nerd HQ was an extra-huge area devoted to the upcoming Telltale Games offering, Borderlands: The Pre-Sequel. Roaming the floor was an impressive creation of Legacy Effects and the Stan Winston School named Giant Creature. On the opposite end of the area, I participated in Nerdist’s Zombie laser tag with the group from We’re Alive (a tale of surviving the Zombie Apocalypse). 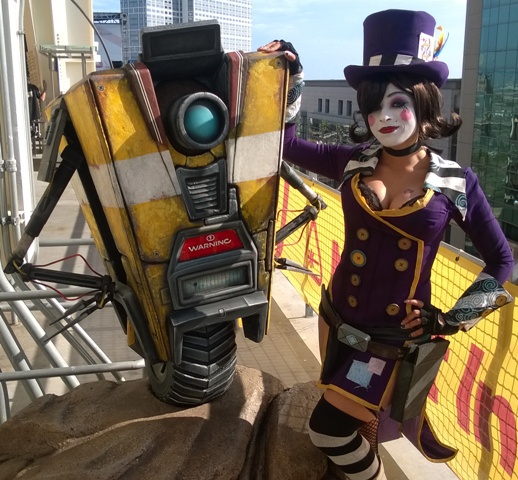 As if I wasn’t already getting tired (and needing an adult beverage), it was time to journey through The Walking Dead Escape. I can safely say, for the third year in a row, I really enjoyed attending the event. After all this physicality, it was time to cool down at The Tipsy Crow again (are you sensing a pattern, here?).

I managed to check out the Gotham zip line and the Assassin’s Creed obstacle course (which was similar to TV’s Ninja Warrior), but both of those lines were way too long for me to consider throughout the hot days. With so many great events happening throughout the week, I had to make some tough decisions on what to see and what to skip. Unfortunately, I missed out on the Adult Swim funhouse, Adam Savage’s Cosplay Party, The Last Ship party on an actual aircraft carrier, the Hitfix Star Wars: Rebels party and the Entertainment Weekly party at the Hard Rock Hotel. I even had tickets to attend the last three events, I just couldn’t work them into my schedule. Sadly, there was an accident at the San Diego Zombie Walk. I was glad I missed this one. Supposedly, a car ran into the parade’s crowd and several people had to be rushed to the local hospital.

Wrapping up my stay, I checked out the classic animation and art on display in the Chuck Jones Gallery — which I always enjoy — and I did attend a cool Marvel’s Agents of S.H.I.E.L.D. fan party as well.

Each day was a totally different experience outside SDCC. At times, I had no clue what to expect or what might happen, I just enjoyed myself wherever I went and kept going with the flow. I’m not sure if I’ve totally recovered from the trip, even though it’s been almost three weeks since it ended, but I had a blast regardless. Not sure if I’ll be returning, but hopefully I can make it happen! I wouldn’t want to make Baby Predator upset and miss the convention next year! 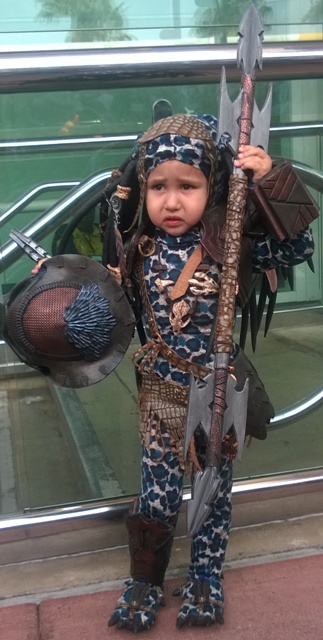