Per My Brother
We attended the video game convention, ScoreCon 3 in Nashville, TN recently and had a blast. Any time you can attend a family-friendly convention that features industry speakers, panels and video game competitions, you’re in the right place for a lot of fun!

Opening Ceremonies was hosted by Vice President of Score Holdings, LLC, Bradley Metrock, who introduced the audience to the convention. 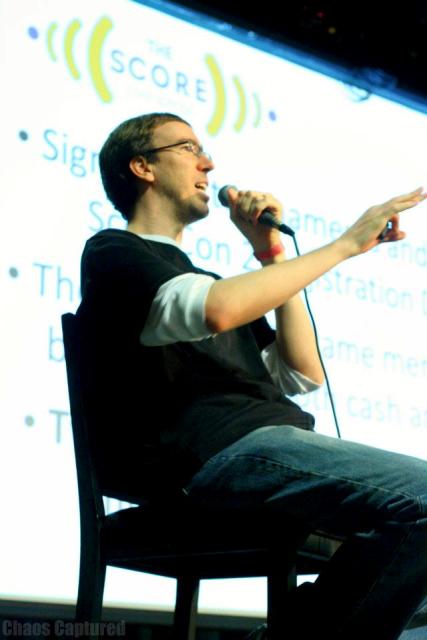 The first speaker of the day was Senior Vice President of Government Affairs for the Entertainment Software Association, Erik Huey. He discussed the video game industry under attack and what gamers can do to offer support.

The next guest speaker was Composer Austin Wintory, who discussed working on the Playstation 3 game, Journey. His musical work on the video game led to a Grammy nomination — the first for anyone within the video game industry.

Actors Dave Fennoy and Gavin Hammon were the next Featured Guests to speak about their roles on Telltale Games’ The Walking Dead. Their excellent work on the video game has led to more than 80 Game of the Year Awards.

Neurologist Dr. Gaurav Guliani spoke about how video games affect the development of our brains and how they influence our understanding of the world.

Evan Metrock spoke about what it takes to create a best-selling Android and iPhone app, and there was a Software Development Roundtable discussing how to create your own video games. Later on, there was a Super Mario Bros 3 Speedrun Competition, 2013 Video Game Olympics, Tennessee State Championships in Halo 4, and an overnight PC LAN event. And best of all, all of this happened on the jam-packed day of Saturday!

Unfortunately, we were not available to participate on Sunday, due to flash floods in our area, and the four-inches of standing-room water in my house. Sadly, we missed the second day of panels and video game competitions. Trophies were awarded to the various competition’s winners and fun was had by all. 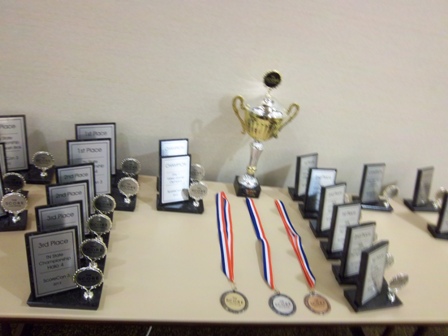 ScoreCon 3 is a great video game convention and recommended to fans of all video games, great or small. I look forward to attending this convention next year and hope the weather’s a little better, so we can enjoy even more!