Per Matt
The Wizard has officially arrived in Music City.

The last convention I attended by Wizard Entertainment was Wizard World Los Angeles, 2007, featuring Ed Brubaker (who had just killed off Captain America). A lot of things have changed since back then! 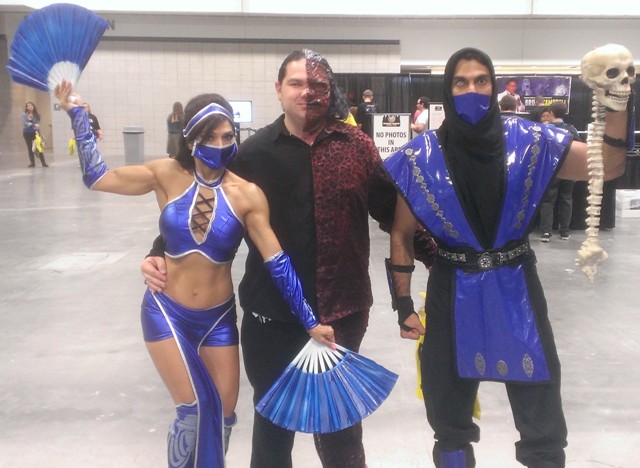 For the first-ever Wizard World Nashville Comic Con 2013 in Nashville, TN, I had a busy, busy weekend. This convention took place in the recently completed Music City Center, located in downtown just blocks away from Broadway (a very busy area). Apparently, the convention center takes up several complete downtown city blocks and is crafted in the shape of a guitar (naturally). The Music City Center is beautiful and enormous.

Friday involved a ton of crazy opening-day jitters, complete with a ribbon-cutting ceremony Mayor Karl Dean surrounded by celebrity guests and a ton of cosplayers. After I settled in, there was a lot of walking around the vendor room and autograph alley taking place. I ran into a few of my friends, who were both manning their booths and wandering around as fans. I managed to pick up a couple of items to complete my very first cosplay outfit at a discounted price, so that made me pretty happy. 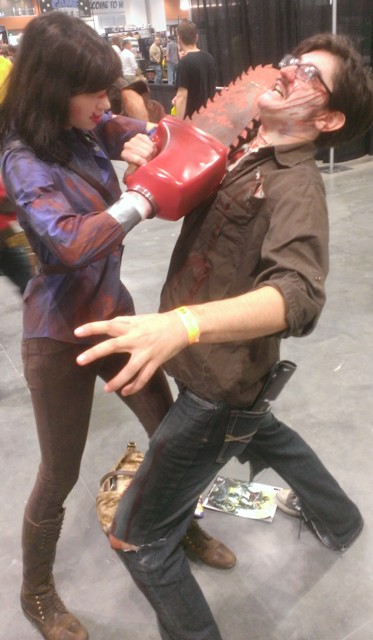 Later that night I attended the Bruce Campbell panel (Bruce Vs. The Fans), which somehow involved a lot of insults, venom and fanatic rants. A few times, Bruce, looking incredibly dapper in an all-white suit, even paid off fans real money. It was a little bizarre, to say the least. Afterward, Army of Darkness was screened and I finally watched this cult classic for the very first time. I enjoyed it. Many recent rumors are swirling of a sequel. I don’t know about all that. We will see, I guess. 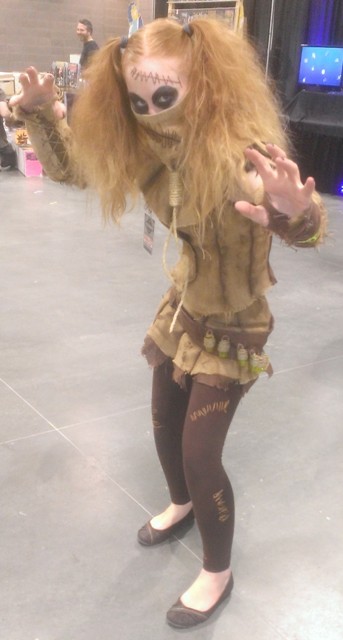 The majority of Saturday was spent in the Vendor Room again. Many celebrities were in attendance, including the always-swamped Norman Reedus (Daryl Dixon of The Walking Dead), Bruce Campbell (The Evil Dead, Army of Darkness, Spider-Man), Stan Lee, Billy Dee Williams and Henry Winkler (Happy Days, Arrested Development), among others. 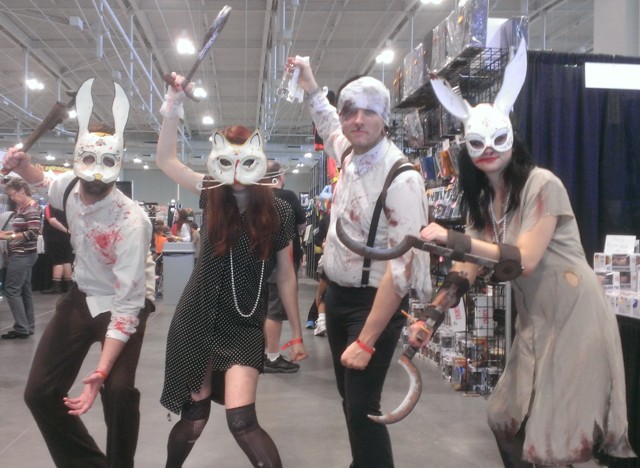 I managed to reserve a few minutes to quickly visit Rick Prince at the Nashville Nightmare booth, Jason Kittrell at Monster Mountain booth and James Roquemore (Marvel Comics) in Artist Alley. There were many great cosplayers and costumed characters in attendance, as well.

Later Saturday night was the Wizard World Costume Contest (the top winners were a couple of playful Minions from Despicable Me). Afterward, I met up with the Geek Media Expo crew at the Rock Bottom Brewery rooftop overlooking Broadway, which is a great location to party.

Sunday was devoted to children and many were attending in costumes. I attended the fun Children’s Costume Contest and returned to wandering around the Dealer’s Room. After introducing myself to artist Arthur Suydam (Marvel Zombies, The Walking Dead), I got a great interview with him and even learned of his upcoming project with Director George Romero. 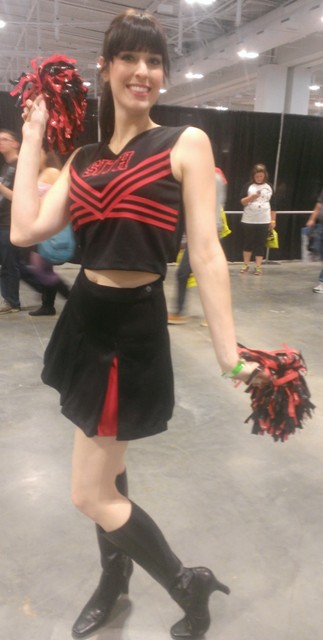 I also interviewed Filmation Animator-Director Tom Cook, discussing his work on He-Man and the Masters of the Universe , She-Ra: Princess of Power and King of the Hill.

Wrapping up the day, I got a great interview with the incredible cosplayer, Riddle. Her costumes were intricate and intense and to top it off, she’s a very nice person.

I enjoy seeing Nashville grow by leaps and bounds in the convention scene, but I do not want each one cannibalizing each other, because it’s the fans who are ultimately the losers. Next year, Wizard World will return to Nashville at a different date and I hope it grows, just like I hope the Geek Media Expo prospers, as well. I’m a big fan of both. But with these conventions taking place in back-to-back weekends, some fans who have a limited income had to choose one or the other. I hope this trend does not continue and many more cons will appear in Music City, because Middle Tennessee is definitely geek friendly.

I look forward to attending next year’s Wizard World! 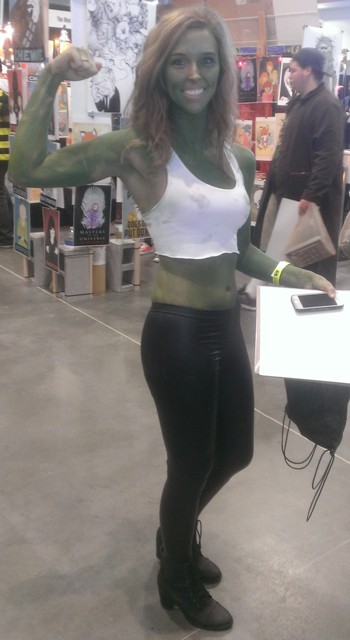