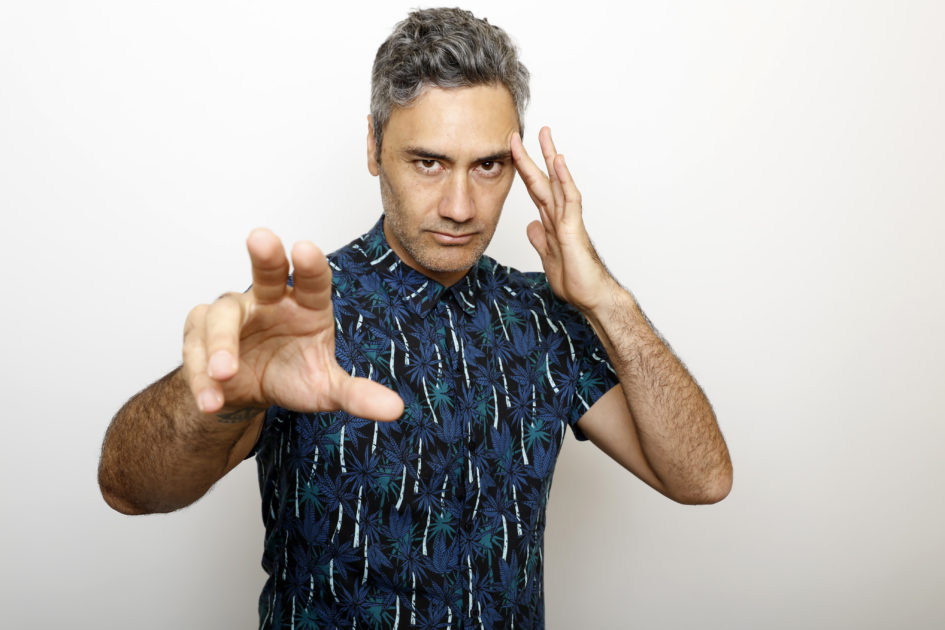 It takes a special type of filmmaker who’s as adept at writing and directing a hilarious original script and appearing as one of its main characters (What We Do in the Shadows), as giving new life to a Marvel film franchise that was previously teetering on life support (Thor: Ragnarok). Since becoming an incredibly valuable asset to the Marvel Cinematic Universe, Taika Waititi — along with the assistance of Jemaine Clement — has spawned a new life for the indie vampire movie as a TV series, appearing on FX. Recently, it was announced that Waititi will soon adapt Akira, the 1988 anime classic that inspired The Matrix, into a live-action blockbuster movie. In addition to appearing as a very funny CGI rock monster (Avengers: Endgame), is there anything this filmmaker can’t do?

As I was watching Funimation’s 25th Anniversary Edition of the cyberpunk cult classic not too long ago, I just happened to be watching the remastered version, dubbed into English. I was actually wondering what a true live-action adaptation of Akira would look like — not an Americanized version, unlike what seemed to happen to the Ghost in the Shell adaptation, and to an extent, Marvel’s Iron Fist. I want to see something that’s not ground out of the Hollywood machine, but something that can challenge a variety of moviegoers into believing what they’re seeing is something unlike anything else ever appearing on the big screen. Then, the Taika announcement was made, and it all seemed to make sense. He’s the perfect filmmaker for this project.

While Disney farms their animated catalog for live-action adaptations, Taika brings a unique outlook to the big (and small) screen. His personality seems to shine through everything he works on, whether it’s dry, witty vampires, an Asgardian of the Galaxy with a new purpose or it’s his upcoming adaptation of Terry Gilliam’s Time Bandits. I’ve become a very big fan of the filmmaker.

So, what will he bring to Akira? For one thing, having an all-star cast of Asian actors wouldn’t be too much to ask (see the success of Crazy Rich Asians and its upcoming sequel), since the storyline is based in Japan. There will be civil unrest, mutants, biker gangs, street wars, evolution, shame and honor that will be dealt with, along with a lot of politics. For a groundbreaking movie that’s already 31 years old, I’m hoping for better story development, as the anime is a little slow, but that’s to be somewhat expected, coming from an older film. I’m guessing he’ll bring some humor to our heroes, who happen to be childhood friends in a biker gang. And I’m hoping there will be plenty of spectacle, as the cyberpunk world of Neo Tokyo is built not far from the war-torn remains of Tokyo, which was devastated in World War III.

According to Variety, Akira will be produced by Leonardo DiCaprio and Jennifer Davisson through their Appian Way production company and Warner Bros. plans to release it on May 21, 2021, facing off against John Wick 4. Akira will generate an estimated $92 million in qualified spending and receive an $18.5 million tax credit by shooting entirely in California over the course of 71 days, but in order to receive the tax credit, production must commence by October. From that provided information, it sounds like the film is already behind schedule. Hopefully, that won’t negatively affect the production.

I’m OK with this post-apocalyptic adaptation… as long as there aren’t any characters pronouncing Kaneda as “Canada.”