Spider-Man: Far From Home Brings the Multiverse to the MCU 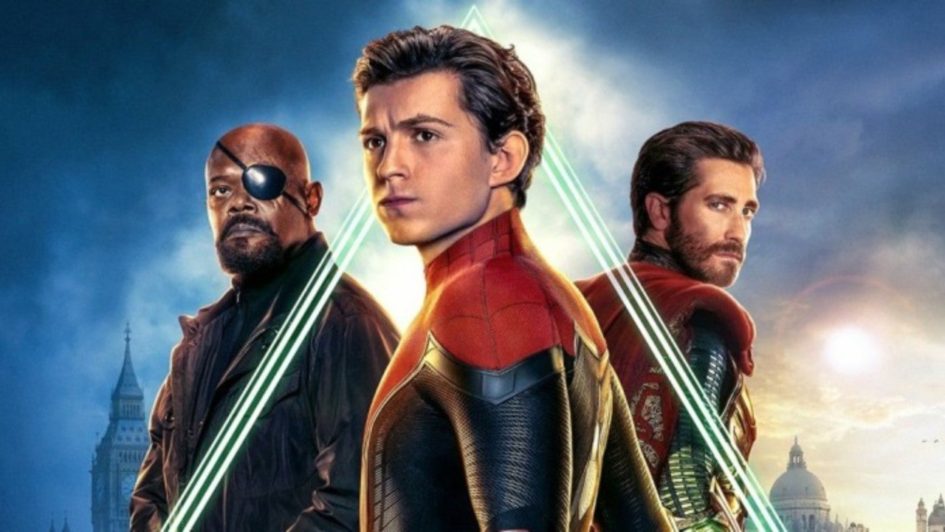 Spider-Man: Far From Home hints at something bigger for the Marvel Cinematic Universe than even an Infinity Gauntlet can create. The new Spider-Man film teases a multiverse that could break the limits for anything and everyone to enter the MCU.

The final trailer for Far From Home, while breaking the spoiler silence from Avengers: Endgame, features its own understated, yet blaring spoiler for those paying attention.

“Beck is from Earth, just not ours. The snap tore a hole in our dimension,” says Nick Fury.

And with that plot hole or plot device, every character, plot line, resurrection, paradox, you name it, can be incorporated into the MCU.

Think back to Avengers: Infinity War, when Doctor Strange said there were 14,000,605 potential outcomes in the battle against Thanos. While that is a large number, imagine infinite possibilities, possible through the use of multiverses. Each multiverse is created upon every decision made, branching out further and further. In one universe, Peter Parker’s Uncle Ben is killed by a criminal Peter refused to capture earlier, the impetus to become Spider-Man. In another, Peter stops the crook, Uncle Ben survives, and Peter becomes a vain celebrity superhero. Yet in another, the radioactive spider bites Gwen Stacy.

We’ve seen this multiverse concept in the most recent animated film, Into the Spider-Verse. Sony managed to introduce a few Spider-Men. It also allows for Spider-Man to be more than just Peter Parker. The mantle of “Spider-Man” can be worn by Miles Morales, Gwen Stacy, a mech from the future, a gangster from the past or a cartoon pig.

Apply the infinite spectrum of Spider-Men possibilities from poignant to absurdist and apply that to the entirety of the MCU. Now anything, and I’ll use caps, ANYTHING can happen. There is nothing to prevent live-action Tom Holland from fighting side by side with a cartoon Spider-Ham, or a newly cast live-action Miles Morales and Gwen Stacy.

Nor does it prevent the X-Men and Fantastic Four from entering the MCU with little need for explanation. This is probably the reason Marvel wrote the idea into Far From Home in the first place. Let’s take a look at the series of events that led to a universe-changing concept being introduced in a Sony product.

Far From Home is the last entry in Marvel’s Phase 3, although it was originally supposed to be the first film in Phase 4, following Endgame. Whatever place it holds, it stands at a point in the MCU not driving a bigger storyline, whether it be the formation of the Avengers or the Infinity War. And what better way to start or end the Infinity Saga with Marvel’s other lost franchises?

We’ve reached a peak in Marvel movies, but have yet to see a commitment to many newer characters, probably as Disney/Marvel was hoping to and eventually acquire the remainder of the Fantastic Four and X-Men Universes from Fox, sealing the deal on March 20, 2019. Until the buyout was secure, Disney was never going to greenlight the eventual franchise movies. It doesn’t help that Fox has been milking the X-Men franchise on a near yearly basis as of late, delaying the hopes for a sooner but inevitable reboot from Marvel. Far From Home finished production in October 2018, much too early to add a Human Torch cameo to the movie, but early enough to see the writing on the wall and lay the foundation for an easy way to introduce the concept that will bring Charles Xavier’s crew and Reed Richards’ quartet into the MCU.

There’s always the possibility of a double cross. Quentin Beck, the Mysterio in Far From Home, is being portrayed as a hero from the alternate Earth. In the comic book, Mysterio is one of Spider-Man’s oldest and less-powerful villains. He mostly played a two-bit crook, due to his silly fish bowl-like helmet and a true lack of special abilities. The comic villain is a special-effects artist who makes his feats seem like magic or superpowers.

Is this Mysterio really a hero from his dimension? A dimension where the villains are heroes and vice versa?

Far From Home lacks a definite supervillain, like the Vulture from Homecoming. We’ve seen some elemental monsters that might be Hydro-Man or another variation of Absorbing Man. Or will Spider-Man and Nick Fury be played by one of the world’s greatest con men and special effects master in Mysterio? When Spider-Man: Far From Home hits theaters on July 2, 2019, we’ll know for sure whether the MCU will expand beyond our dreams or if it will be just a bunch of smoke and mirrors.