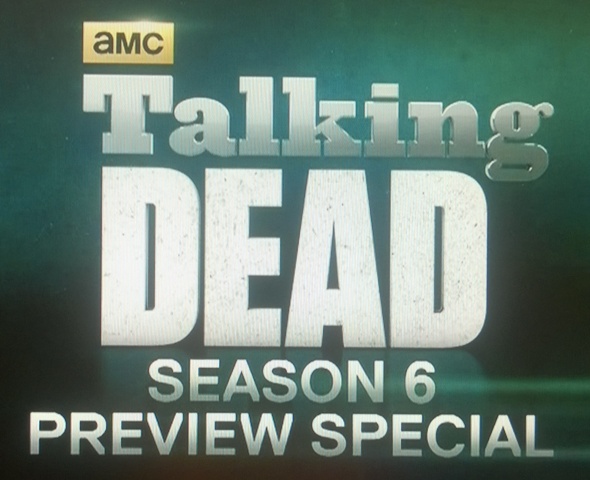 Looking ahead to Season 6, AMC used some summertime hype to help promote The Walking Dead.

According to Gimple, “It’s the biggest season yet,” along with “the biggest premiere, yet.” So, what does it mean?

There will be more walkers this season than in seasons past, with the most filing into the season-premiere episode, along with even more deaths of major characters than have taken place in the past, as confirmed by Gimple (along with Greg Nicotero, who did not attend the taping). The storyline of Season 6 will get a little bit closer to the comics than has happened in seasons past and the survivors will face threats at every turn, from both outside the gated community (Wolves) and inside (tension between the two groups).

Three new characters were introduced by Costume Designer Eulyn Womble: Carter (construction), Keith (runner) and Dr. Denise (always indoors, hidden away). Gimple confirmed two of these are beloved comic-book characters, while a third is an amalgam of two different ones.

In an online poll, Talking Dead polled viewers if Morgan and Rick will be friends or foes (85 percent voted them as being potential faithful friends) and trivia from Season 5 was given (including a reference to The X-Files). The past year’s Kill of the Season was also revealed.

No true spoilers were given, although Gimple made a few passing references at the Wolves. Who are they? What kind of drama will they create? The answer will be revealed this season.

Practically burying the lead, the Season 6 series premiere episode of The Walking Dead will be 90 minutes long, airing on Sunday October 11th, 2015.