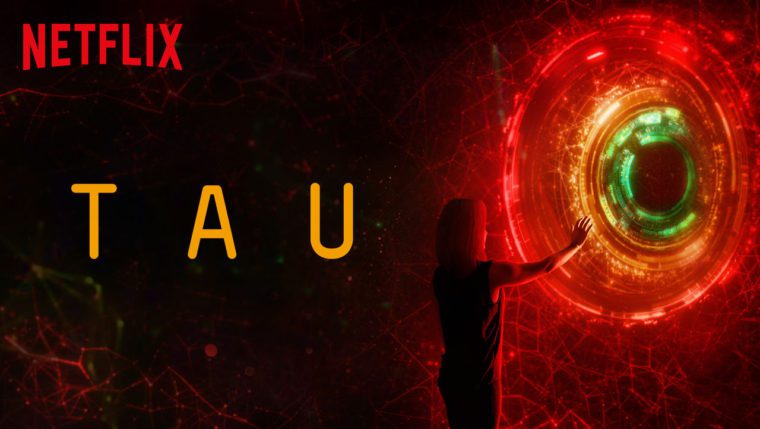 Tau is Netflix’s latest film to hit their virtual shelves. A sci-fi horror B-grade movie, Tau is best watched once you have hit that “I can’t find anything else to watch” place. Tau reminded me of VHS finds from my childhood. It had a certain pre-teen horror movie feel to it. It’s the kind of film fellow horror fans probably watched when they were 10 or so and had friends over for a sleepover. The movie managed to somehow remind me of a horror version of Flight of the Navigator, due to the relationship between the woman, Julia, and the computer, Tau, in the film.

In the movie, Maika Monroe plays Julia, a petty thief who’s kidnapped and taken to an underground experimental facility. Two other people are kidnapped with her and, between going through painful experiments, let her know that no one is coming for them. Julia then decides it’s time to escape on her own, which almost works. Julia is then moved the quarters of Alex (Ed Skrein) — her captor — where she is told that if she behaves, she can have showers, clean clothes and decent food. Otherwise, she can continue to try and escape, but she has to get past a huge killing robot, bee-like swarming drones and, of course, a house that has a complete security A.I. system. All the technology is controlled by Alex’s digital assistant, Tau, played by Gary Oldman. Tau and Julia become friends and allies over the course of the film, which makes for a Frankenstein’s monster type of horror story, where the creator is the actual monster, and not the creation.

So, let me make something clear: This isn’t a film that’s trying too hard to say anything about the new relationship developing between humans and technology. Instead, it’s a nuevo retro, sci-fi film, short on political and contemporary issues, but long on escapist action. There were plenty of places the film could have picked up a deeper story. There was more to be said about Julia and her parents’ relationship, more information needed to flesh out Tau’s creator, Alex, just for starters, but all of this is quickly glossed over. Once the film finally hits the half-way mark, we start to see conversations about what it means to be human and it’s here that the film becomes what I assume the director wanted the movie to be. It’s here the film is hitting all of its marks, so to speak. The central theme of the film is freedom, Julia’s craving for freedom from captivity and Tau’s desire to free himself from his mechanical existence and become “a real boy,” so to speak.

Tau doesn’t have anything original to say, if that is what you are looking for. You have seen every idea this film exposes before — Short Circuit, Frankenstein, even The Terminator has more original ideas. That’s OK, though. The film is interesting and has its emotional moments. Not every film has to be a thought-provoking answer to every new problem society comes up with. Sometimes a film can just be an entertaining couple of hours. Federico D’Alessandro, who worked in the art department of most of the recent Marvel films, directed Tau. Due to this, the movie looks well shot with creepy lighting and an odd set — exactly what you would expect from a Marvel alumni. The casting of Oldman as the voice of Tau was obviously perfect.

Tau is a good late-night summer film to stream. Horror and sci-fi fans will find the film worth watching, if perhaps not very memorable. I give Tau three stars for… Gary freaking Oldman. He, alone, makes the film worth streaming.