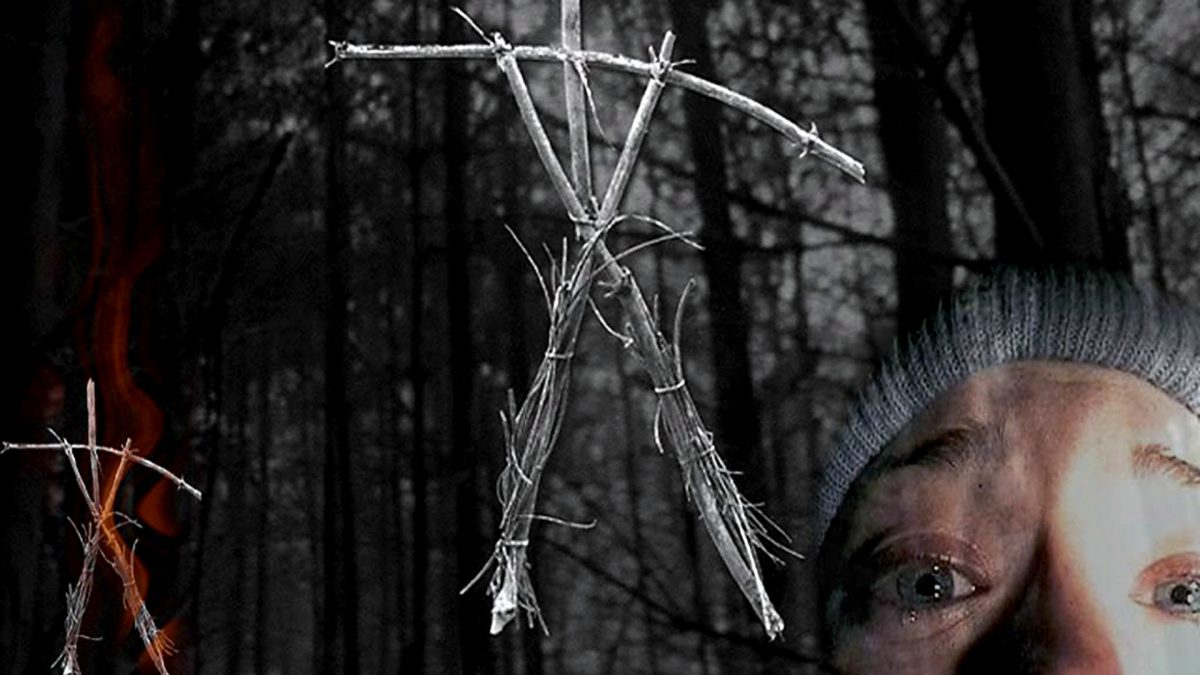 A little over 17 years ago, The Blair Witch Project hit theaters and went on to earn more than 330 times its sub-million-dollar budget at the box office. The movie has become a standout success in the horror genre.

When audiences think of the found-footage genre, The Blair Witch Project is what commonly comes to mind. What made it so brilliant was that it impacted audiences in a way that could have only worked in the time period in which it was released. A decade earlier and audiences would have had a hard time accepting found footage at all, as camcorders were bulky and had just recently released for the average consumer. Though, had the filmmakers released the movie just a few years later, the wide use of the Internet would have debunked the story, too. Since the marketing campaign that launched the movie touted it as real found footage discovered in the isolated woodlands of Maryland, it was genuinely one of the most unique movie-going experiences, ever.

The Blair Witch Project, despite its success and critical acclaim, is polarizing for audiences. It’s either considered a terrifying masterpiece, or a boring and overhyped movie. One thing seems clear to me. To enjoy it, you must be somewhat immersed in what the creators are selling, and the thing they are selling is a glimpse into the last few days of a small documentary crew’s lives. The repetitiveness and lack of up-front scare tactics are what makes the movie work. Any inclusion of a face-to-face encounter with the witch would effectively render the found-footage aspect laughably unrealistic. Where The Blair Witch Project gets its scares from is the psychological terror. Being lost in the woods is scary enough. Seeing and hearing things that cannot be explained or understood in a vulnerable state, is terrifying.

In essence, the build up begins with the lore behind their project. The interviews of townsfolk and their knowledge and experiences of the Blair Witch set up the backstory. Some of the tales are plausible and skeptical. Others are outlandish and a bit hard to swallow. From there, the movie ceaselessly builds tension and never lets the viewer off the hook. The characters getting lost, breaking down and the way they handle their situation up until the very end creates an anxious atmosphere all around.

The mythology behind the story is also quite disturbing in its own right. The stories of Rustin Parr bringing children into his basement two by two to murder them is chilling. Perhaps even more frightening is the history behind Coffin Rock, which the characters come across early into the film. The story goes that, while looking for 8-year-old Robin Weaver, a search party was discovered tortured and bound naked in a pagan formation upon the rock, back near the turn of the 20th century. Even more strange is when another team returned to gather the bodies, they had all vanished. Even Robin’s account of the witch was unsettling, claiming a woman she encountered in the woods moved about without her feet ever touching the ground.

What also excels the movie into a classic is its ambiguity. The less a horror film spells out for its audience, the scarier it becomes. Many theories about how the characters met their fate have created many plausible and terrifying conclusions. A more obvious one claims that the disappearance of Josh was him succumbing to the witch and then luring the others to their deaths. Some more in-depth theories suggest that the trio got lost in time and were caused to circle back where they started because of witchcraft.

To top everything off, the acting skills of Heather Donahue, Michael C. Williams, and Joshua Leonard, who all used their real names for the sake of the found-footage illusion, is remarkable. Everything in the plot is just plausible enough to not be readily dismissed, and the trio act it out in the most human and realistic way possible.

Looking into Book of Shadows: Blair Witch 2 is a completely different movie experience. It doesn’t try to be another documentary-style movie, but rather presents itself as a recreation of events that took place after the original’s timeline. What the original Blair Witch delivered in subtlety was completely flipped in Book of Shadows. While the lore behind the plot still remained canon, the events that unfolded were bold and contrived. The characters all seemed like extreme caricatures instead of real people. All the while, they were put into bizarre situations that were overtly outlandish until all the unexplainable things happening to them were presumably put upon them by the witch to kill or frame them for killing one another. The title is also questionable, as nowhere in the movie is any Book of Shadows shown or spoken of, but rather seems to be in place to sound cool and menacing.

Though the last Blair Witch movie came out a decade and a half ago, the third installment is ready to be released next month. This one seems to be directly connected to the events of the first movie, and also looks to have the found-footage handycam aesthetic. The initial trailer makes the movie seem more like a jump-scare horror than a psychological thriller. If it can garner half of the fear-inducing elements of the original film, then it should hold up.