Where Season 4 Stands With Agents of S.H.I.E.L.D. 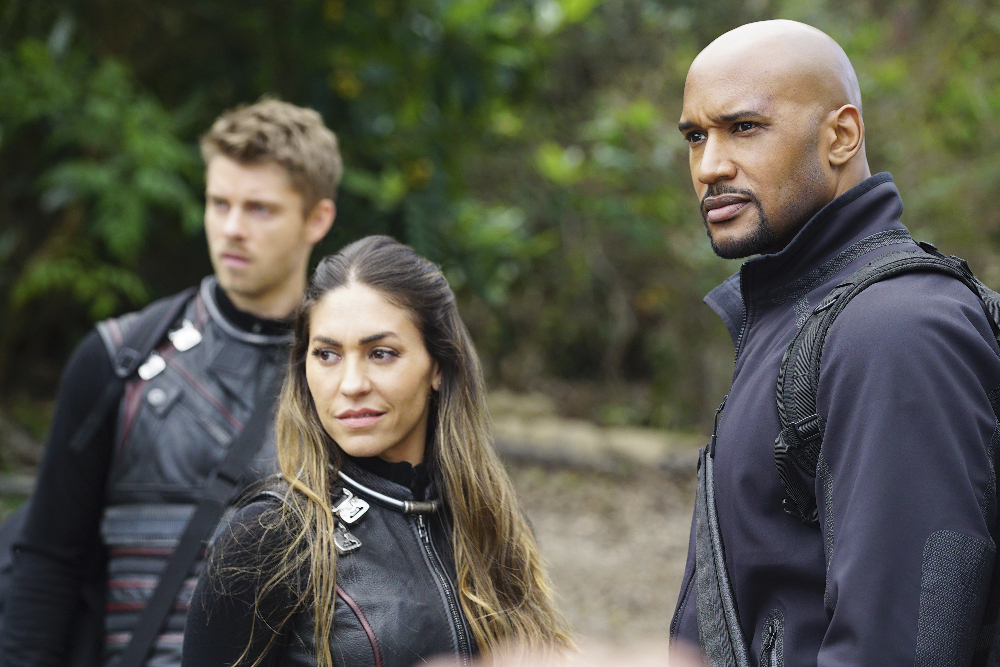 Marvel’s Agents of S.H.I.E.L.D. has had an interesting road. Season 1 was practically hobbled out of the gate by having to wait for the release of Captain America: The Winter Soldier. Season 2 was a big step up, slowly unraveling the mystery of Skye’s heritage, while also expanding the MCU.  Season 3 put a capstone on Hydra, but again felt hobbled by corporate dictates regarding the Inhumans. Dictates that probably did more harm than good, especially since the Inhumans film has been indefinitely postponed.

S.H.I.E.L.D. also has a reputation as the younger, underappreciated sibling of the Marvel Cinematic Universe, despite being older than any of the Netflix TV shows. It sometimes feels like it plays things safe and can be a bit sanitized. But.

But that doesn’t mean that Season 3 didn’t shake things up. The treacherous Grant Ward finally died, only to be resurrected as Hive. Hydra appeared to take its last breath with the death of Gideon Malick. Mockingbird and Agent Hunter rode off into the sunset and into a separate Marvel pilot that didn’t even get picked up.

There were lots of big ideas in Season 3, especially in the second half, but the show never really seemed to be able to make these big ideas pay off. Lash was a letdown and the much touted “Agent who dies” was more of an “Agent who cares?” were two examples.

That didn’t stop the last five to 10 minutes of the season from setting up some interesting plot threads for Season 4, however.

It looks like the MCU will be getting its first confirmed Life Model Decoy, and a lot of fans speculate this is how the show will keep Brett Dalton around, since his character has already died twice. Fitz also looks to have left the team to work with the LMD inventor, Dr. Holden Radcliffe.

Skye, AKA Daisy Johnson, is now AKA Quake. Following her loss at the end of Season 3, it looks like Daisy has gone rogue. She doesn’t really appear to be “bad,” but she is no longer with S.H.I.E.L.D. and is being hunted by her former compatriots.

Speaking of those former compatriots, Phil Coulson is back in the field and no longer the Director. This fueled early speculation that perhaps Cobie Smulders’ Maria Hill would be returning to the show, but that has since been squashed by the casting of Jason O’Mara, who is playing a character that is still unknown.

None of this, however, really compares to the big news that came out of San Diego Comic-Con a few weeks ago. Joining the show will be none other than the Spirit of Vengeance himself, Ghost Rider.

The Ghost Rider that will be on AoS is not going to be the classic character of Johnny Blaze, but rather one of the newer incarnations, Robbie Reyes, to be played by Gabriel Luna. This follows suit with the way past seasons of AoS have worked, with tying into the big-screen Marvel outings. Ghost Rider will enable the series to tap into the more spiritual/magical aspect of the MCU, while the upcoming Doctor Strange will be introducing the mysticism on the big screen.

All in all, it looks like a big shakeup is in store for the next season of Agents of S.H.I.E.L.D., especially since it looks like they are abandoning some of the world building that had been done in preparation for the defunct Inhumans movie. And it may not seem like a lot, but we actually know a bit more about this new season, up front, than we have in the past.