Trying to Make Sense of The Orphanage 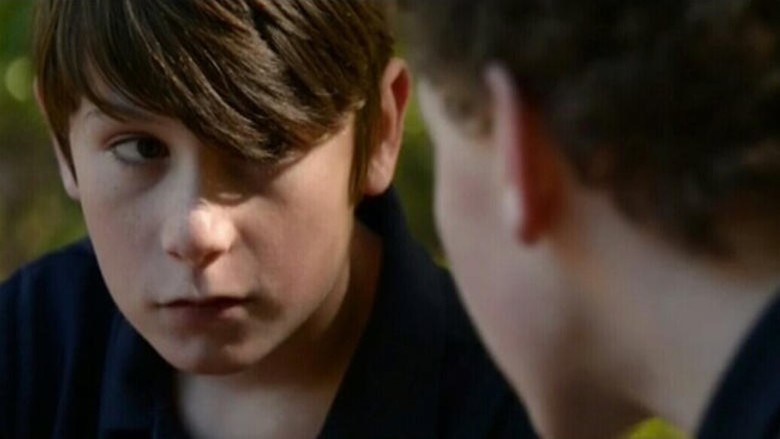 Some low-budget films are hidden gems that take us by surprise. Unfortunately, many are clunky and poorly conceived.

To my dismay, my latest Redbox rental was a gamble, which culminated in such a film. The Orphanage, which is not to be confused with the 2007 Spanish horror film of the same name, was advertised in a similar way. For the layman, The Orphanage’s description and cover art would lead them to believe it is a supernatural scare fest. The DVD cover pictures a child with pupil-less eyes holding a large knife in a washed-out tone that is tinted green. Apply this to the new horror fad that children — and orphans, specifically — are all the rage now, and you could expect the movie to have ghosts or paranormal activity of some kind. Though one of the film’s characters flat-out states that part of the facility is haunted in the first act, there is minute evidence to show that anything about the movie is supernatural.

So, what is the movie actually about? It follows Nathan, a young boy who is sent off to the all-boys orphanage/boarding school Milwood facility, after the loss of his parents in, what is presumed to be, a car accident. After settling in, he is treated with low regard from both classmates and instructors alike. Throughout his time there, he is haunted by dreams of his parents, which always quickly turn sinister and morbid. All the while, the looming fear of being sent to the ominous Ward B is an eminent possibility.

The character of Nathan is the only one in the entire movie that has any depth, whatsoever. That depth though, is still quite shallow. He likes dogs, enjoys drawing, and that’s really all there is to know about him. When looking at every other character, it is clear that they serve only as one-dimensional plot devices to reflect the situation Nathan is in. There’s Judy, the behavioral councilor in charge of making evaluations for new students. She is the loving mother figure in his life who does everything in her power to make his situation at Millwood remotely bearable. This is only because Dean Clemens and his goonish staff members are the antithesis to her character, in every way. He doles out punishment in the most abusive manner, often belittling and cursing at the children he scolds. He is only around to give Nathan, and anyone on Nathan’s side, as difficult an experience as possible. These characters are so unreasonably inept at their job that anyone who stands in the way of their insane power trip is treated without the slightest bit of respect or sympathy. All the while, Nathan’s experiences are framed with the constant flashbacks of life before Milwood in such a sappy and hollow way that it is hard not to feel comical toward them.

It is not just the characters that are ill conceived. The writing and dialogue is contrived and forced. In one scene, a teacher instructs her class on the history behind Abraham Lincoln asking questions like, “Who shot Lincoln,” and “What forms of currency is he on,” as if she is spewing questions for Jeopardy Junior instead of actually teaching anything of substance. While scenes like this can be mulled over, the fact that the filmmakers seemingly didn’t attempt to make the film scary, cannot. Aside from almost creepy moments that are completely ambiguous, like pale feet seen coming out from under a bed or stepping down from a bathroom stall, the plot is devoid of horror elements. What’s left is something between a thriller and psychological horror with no real identity. It’s like writer/director Jimmy Scanlon understood the meaning behind his story without including enough evidence for the audience to understand.

The remaining premise shows the immanent fate of unruly kids who end up being lobotomized and left to sit on a playground in a catatonic state for absolutely no reason. In any kind of reality, an institution like Milwood would be shut down and subject to weeks of news coverage, considering adults working there have any level of awareness and responsibility. Included in the remainder of the movie are instances such as a random label in the bottom right hand corner explaining where a scene is taking place (the only instance of this in the whole movie), the fact that audio and visuals often don’t sync together, that edits aren’t smooth, and that the plot stagnates the entire time, and it is clear to see that the production value is amateur at best. To top everything off, after the closing events of the plot unfold vaguely, Nathan goes on to narrate everything that just happened, spoon-feeding the bits of detail the audience needed to piece together the ending.

After watching The Orphanage, the only minuscule positive I can find, whatsoever, in the entire production, is a mediocre score and a decent acting job by the young Christian Goodwin. Upon further research, trying to find anything about this movie online goes to show that it had previously been released three years ago under the title Milwood, and somehow got rebranded and sent out into the world again. I cannot understand how this production’s budget could reach $1 million, seeing as nothing within it is remotely complicated and could be passed off as a community college freshman’s video project he decided to throw up on YouTube. The Orphanage could be the gold standard for how to not make a movie. Scrolling to the bottom of its IMDb page shows the top review stating this “might be the worst movie ever,” which made me laugh and nod my head. I challenge someone to prove that statement wrong.