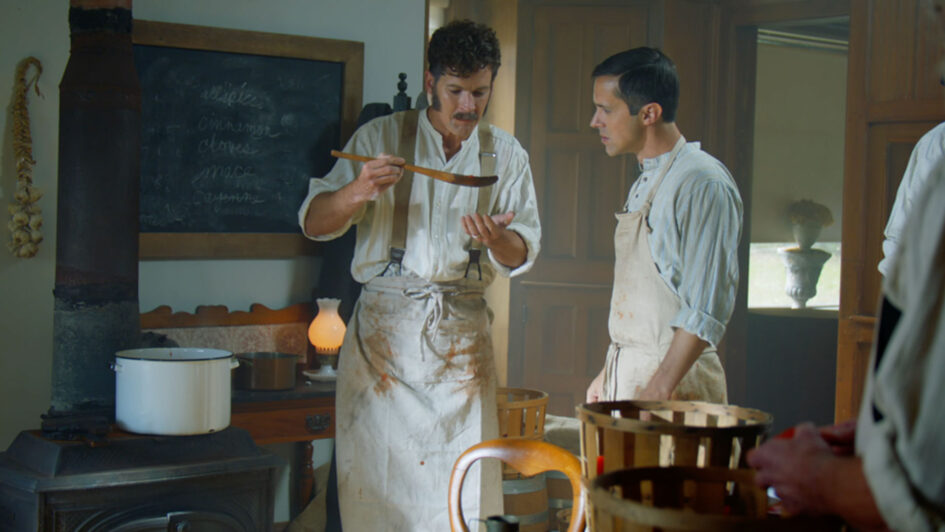 Per Matt
Independence Day conjures a variety of images in my mind. You’ve got your tired, your poor, your huddled masses yearning to breathe free. You’ve got food grilling and a variety of summer dishes to eat, while staying out of the July heat and humidity. And you’ve got Will Smith, overacting throughout an entire alien invasion, as historic landmarks are decimated (and the invasion is stymied with a Mac laptop, naturally). So, unless you’re paying attention to pre-recorded sports from years’ past, then watching a food documentary fits nicely into this holiday niche.

The Food That Built America is a three-part nonfiction miniseries that documents the country’s titans of the food industry, detailing the lost history and the background stories that made each one of them self-made millionaires — truly multiple rags-to-riches tales. And, just like the docuseries mentions, the quintessential American story… is the story of food.

Where would the country — let alone the world — be without the accomplishments of Henry Heinz, Milton Hershey, C.W. Post and Harlan Sanders? Their revolutionary products and innovative ideas have built their companies into household names that have thrived for many years. And rivalries tend to bring out the best (and worst) in people, when your livelihood is on the line, and there’s plenty of them here, between the Kelloggs brothers and the father-and-son fights at Mars. Then there’s the division from within, as close-minded founders get replaced by ruthless, power-hungry employees (or even outsiders) with grand ideas, who would later raise product awareness and build the brand via franchising, growing the landscape of American food worldwide.

Those products would go on to help the country’s world war efforts via rations, invent the frozen-food industry (as well as the freezer), bring the  assembly line mentality to restaurants, as well as create milk chocolate for the first time using fresh milk. Culinary historians, history professors and food-show personalities offer commentary to fill in the blanks of these stories. Very similar in presentation to Cola Wars, the History Channel has definitely created a great foundation for future documentaries.

“Milton Hershey was a lunatic — that was just sort of who he was. He wasn’t afraid of taking risks.”

In addition to creating ground-breaking products and services that fueled a handful of multi-billion-dollar franchises, companies also dealt with the creation of a minimum wage, labor unions and striking workers. These were definitely ground-breaking heads’ of business.

Every 4th of July, I eagerly watch Nathan’s Hot Dog Eating Contest (The Good, The Bad, The Hungry) and from time to time, I’ll participate in a food challenge or two, including the Hattie B’s Nashville Hot Chicken Challenge, as well as surviving McGuire’s Terrible Garbage Burger Challenge. But I tend to roll my eyes whenever people refer to themselves as foodies, because who DOESN’T like to eat?

Throughout the years, food as a subject has been a popular one at ZIMB, as we have attended the Music City Food + Wine Festival, the Nashville Wine & Food Festival, attended the Beer Bacon Burlesque (among ALL of the many craft beer festivals not listed). We discussed Halloween and the Food Network, wrote about Jim Gaffigan’s culinary comedy Food: A Love Story, couldn’t believe people actually consumed classic snacks in Eating History, charted a family’s geek tradition through dinners, planned The Art of Eating Through the Zombie Apocalypse, hung out with the New Wing Order crew at the Music City Hot Wing Festival and even attended the exclusive White IPA Brewmaster Dinner with Blue Moon’s Head Brewmaster Keith Villa.

Feel free to judge if we’re foodies or not, but it’s a detailed topic that we’ll never grow tired of discussing. Food innovation is definitely one of many ideals that makes me proud to be an American. Happy Fourth of July, everyone!