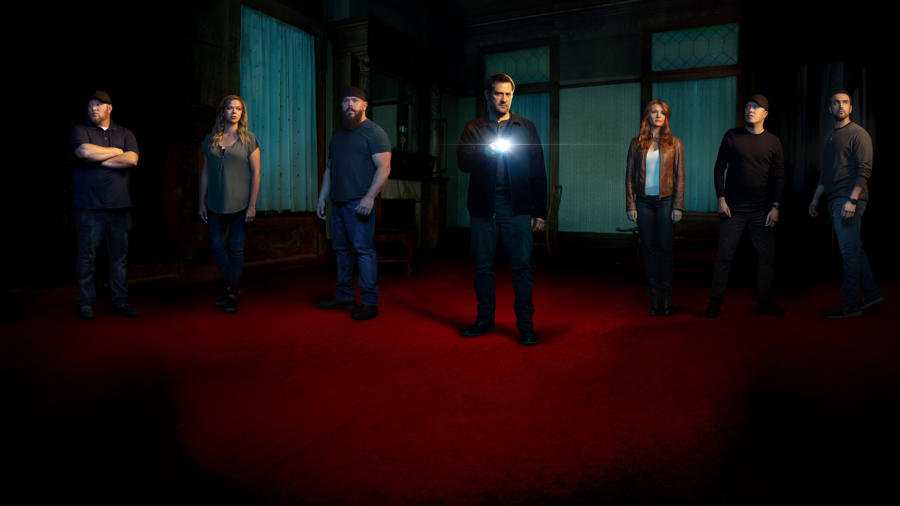 If you’re a fan of the paranormal, you know all about Ghost Hunters. Originally airing on Syfy, Grant Wilson and Jason Hawes co-founded The Atlantic Paranormal Society (T.A.P.S.), while creating a certain set of rules for fellow paranormal researchers to follow. The program became an instant hit and not long afterward, the copycat shows followed. At the conclusion of Season 11, the show finally ended its run, but this week, Ghost Hunters returned with an all-new cast, this time airing on A&E Network.

Not quite a total reboot, Ghost Hunters returns to reality TV. And while being a totally new experience, it feels just like old times, as Grant Wilson has returned to the group he helped create. Back to search for the truth, Wilson took a brief hiatus to spend time with his family. Now that his children have grown up, he’s back on the show to explore the unexplained.

Joining him are Daryl Marston (a podcaster of The American Ghost Hunter Show and “protector” of the group), Kristen Luman (a hypnotherapist and “mom” of the team), Brandon “The Alien” Alvis (tech manager), Mustafa Gatollari (“avid, rabid researcher”), Brian Murray (“expert debunker”) and Richel Stratton, who’s sensitive to spirits. Together, that’s a whole lot of people working together on each case.

In the preview show, Ghost Hunters: Back on the Hunt, each one was introduced, highlighting the latest and greatest in paranormal technology, while offering glimpses of their work in future cases. They also discussed the four types of hauntings, which include intelligent, residual, poltergeist and inhuman (angels, demons, elementals, etc.). In the first official new episode, “School Spirit,” the group visits a high school located in Pocatello, Idaho that’s more than 125 years old. With a building that old, there’s plenty of ghost stories and urban legends surrounding the location, including a chandelier hanging and a swimming pool drowning.

“I really feel like your school spirit is quite literally alive and well.”

Having watched practically every episode of the show’s previous incarnation, I was interested in seeing what a “new generation” could bring to the show, as co-founder Jason Hawes, Steve Gonsalves, Dave Tango, Joe Chin, Britt Griffith, Kris Williams, Amy Bruni and Adam Berry were not invited back, the reasoning being they’re off working on their own paranormal projects now.

Watching the new show was mostly a nostalgic experience. Not a whole lot was different from the original episodes to the new one, with the major exception being technology. A LOT has changed in the equipment sector from three years ago. The group approaches individual cases as mysteries that need to be solved, bringing empathy to their “clients,” while caring for the living and wanting to help the dead. Comparing other ghost hunting shows, the biggest difference is this group really does try to help out distressed people, while other groups out there seem to place the biggest importance on proving their evidence is real and not fake.

Speaking of faked evidence, I was really surprised to see Wilson actually returning to hunt ghosts once more, especially after the controversy surrounding him faking evidence on a live Halloween live show in 2008. Watching that incident, I noticed something strange happened and had to re-watch it a few times before declaring shenanigans. Wilson dropped out of the show not long afterward.

Along with the Ghost Hunters season premiere, A&E seems to be shifting its focus into exploring the unknown. Paired with the rebooted series Psychic Kids, A&E seeks to gain some serious paranormal street cred. And before you know it, the Hunters will surely spin-off yet another show, which will feature yet more of the same.