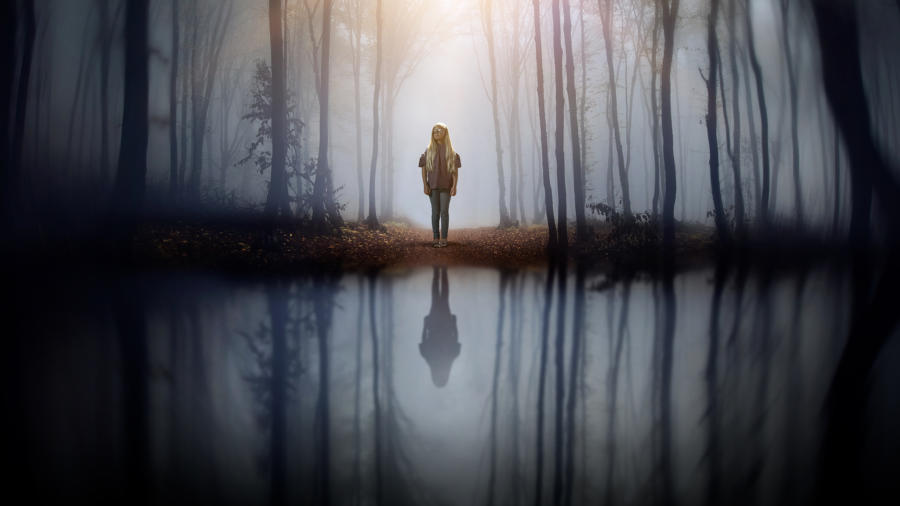 Per Matt
Young children can create a terrifying presence to some, but give them an unusual ability and they will quickly become supernatural superheroes… or perhaps one of the most powerful Big Bads around (ask anyone who’s seen one of the Children of the Corn movies). Psychic Kids isn’t exactly like that, but there are horror elements that can make some people incredibly uneasy by watching the paranormal series…

A&E has brought the TV show back from the dead, as it had previously aired for three seasons, with its final episode wrapping near the conclusion of 2010. No longer hosted by self-proclaimed psychic Chip Coffey, this version of the show has brought back previously profiled children as young adults who offer hope by sharing their experiences with others going through difficult childhood traumas.

In the rebooted season premiere, “The Ghost in the Bed,” Peri Zarrella, who had a near-death experience when she was younger that led to her unusual ability to talk to spirits, is armed with a Master’s Degree in Clinical Psychology, prepares to mentor a 9-year-old girl who is haunted by violent spirits. Ryan Michaels, another gifted child previously highlighted on the show, has given more than 6,000 psychic readings and works with the FBI on missing persons cases. At the age of 25, he is mentoring a 9-year-old introverted boy who’s withdrawn and overwhelmed by the emotions brought on by unseen phenomena. Together, these young adults attempt to empower the children by bringing them confidence and letting them know they’re not alone with these special abilities.

Both mentors visit well-known locations that have previously had paranormal incidents in order to hone the skills of the children. At the conclusion of the episode, there is a check-up by the producers two months later, in order to get an update on the situation.

Having watched episodes of the show’s previous seasons, I can safely say I like the new direction of the show. Paired with the network’s Ghost Hunters reboot, Kids definitely feels more intimate and more personal, as if the viewer can see an actual difference being made with the show’s spotlighted child, as opposed to actually witnessing lights going on and off and hoping all’s well that ends well. Future episodes of Kids brings about a skeptical father, a spirit possession and the fear of being killed by a threatening, evil spirit.

I’ll admit, the “reality” of reality TV is dubious, at best. So many shows in the past have amped-up storylines in order to showcase some sort of falsified drama, but that doesn’t feel like the situation in Psychic Kids. Some critics have accused the show of exploiting children — and they may have a point — but if the children involved with the show can be less frightened by the big, bad world out there, have the show’s filmmakers really done a bad thing? It really is hard to say one way or another unless you’ve been a part of the whole process, but seeing how these twentysomethings approach an unknown darkness with confidence and clarity is a promising sign… especially since the children are our future.

Much like the way I used to watch The X-Files when it originally aired on network TV, I also turn off the lights to watch paranormal programming. I totally recommend watching Psychic Kids in the dark. You might just get freaked out either way by these kids’ extraordinary abilities, but you’ll have to admit the show is absolutely creepy cool.