The Harder They Fall Aims to Revive the Western Genre 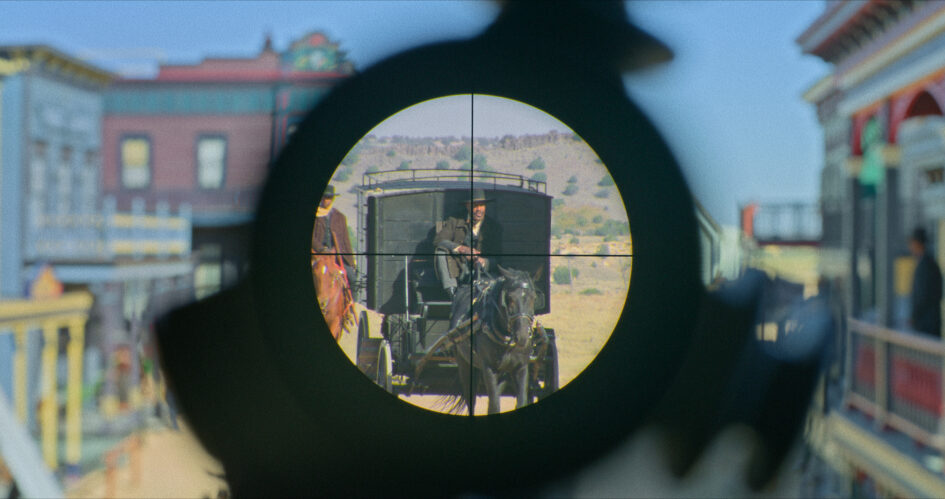 Per Matt
Western movies tend to follow tried-but-true tropes. I’ve enjoyed watching them throughout the years, but their storylines are often predictable. The good guys are often officers upholding the law, chasing down criminals or even Native Americans. Dances with Wolves, Unforgiven and No Country for Old Men broke the mold not too long ago, winning Oscar gold while Tombstone, The Assassination of Jesse James by the Coward Robert Ford, Django Unchained and News of the World proved popular. 3:10 to Yuma and True Grit were a couple of remarkable remakes that received positive word of mouth, as well.

The wild, wild west was brutal back in the day, but surely there were other types of stories that could offer a variation on the genre. Enter The Harder They Fall.

As a Revisionist Western, this movie doesn’t follow past story structures. Harder collects a handful of real-life historical figures and mashes them together, throwing them into an all-new adventure that’s tailor-made for the big screen. Or, since Netflix is the primary distributor, the small screen.

As Nat Love, Jonathan Majors portrays an outlaw who hunts down other outlaws. When his lifelong enemy (as played by Idris Elba) escapes custody, the whole movie boils down to the Nat Love Gang fighting the Rufus Buck Gang. It’s historical fiction that plays better as a revenge fantasy.

“Robbing banks is easy. The hard part is doing it without killing.”

What makes this movie different from all the others? Harder‘s claim to fame is that it’s a Western film with a mostly Black cast — for some reason, that’s incredibly rare. Back when production was ramping up for Black Panther, if you were Black and working within the industry, that was a major film to work on. This movie feels similar, but with far less grandeur as it’s released on a streamer.

Zazie Beetz, Regina King, Lakeith Stanfield, Damon Wayans Jr. and Delroy Lindo join Elba and Majors in this tall tale. All of the acting’s great and for the second year in a row, Lindo should receive major praise (even if he’s underused in this one). Great-looking sets, vivid colors and a sparse landscape should garner special attention to the Art Department, Production Designer and costuming departments.

I found it interesting that Elba, as the top-billed actor, probably has the least lines of dialogue of the primary characters. Inheriting the strong-but-silent role that Clint Eastwood popularized within the genre for many years, Elba appears here as the antagonist with a heart of gold. Buck tries to turn Redwood into a Utopian example for others to follow, in terms of progress, but he needs money to reach that goal. And he chooses violence as his means. While Buck wants the best for his community, even the wisdom of a madman can make a little sense (see Thanos‘ justification for The Blip).

Preparing for this film, which I’ve been looking forward to watching for a couple of months now, I finally made the time to re-watch Posse. A tale of Buffalo Soldiers-turned-cowboys featuring the talents of Mario Van Peebles, Blair Underwood, Tiny Lister, Pam Grier, Tone-Lōc and Big Daddy Kane, I realized I’ve been a fan of Revisionist Westerns — particularly Black Westerns — for a very long time.

This subgenre fascinates the cinema aficionado within me. I’m shocked there haven’t been more groundbreaking movies released throughout the years within this category. And since Hollywood production companies have publicly preached inclusion practices, this feels like an under-exploited genre that needs more attention.

Growing an audience for an emerging genre is helped with a banging soundtrack, which Harder definitely has. Tackling double duties, Jay-Z not only wrote original music for the film, but he also produced it. “Guns Go Bang” is an infectious single that’s featured throughout. I hope that the multi-hyphenate entertainer receives some nominations when awards season finally arrives.

The Harder They Fall brings frontier justice to small-town life. And maybe, just maybe, filmmaker Jeymes Samuel can help grow the emerging subgenre with its release.