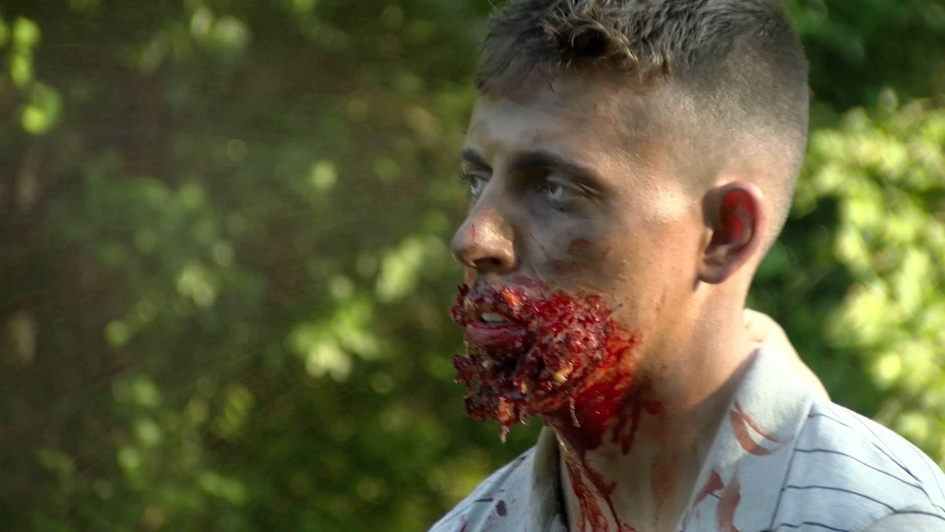 So, you are just in the backyard, enjoying a day with the family. Your wife is helping you plant some new items in your small garden, while your daughter is running around playing. The world couldn’t be any more beautiful. Just another happy, care-free day in the post-apocalyptic world.

Then it all goes to hell…

#HauntLife is back this week with a new review. This time around, I am reviewing the short film, The Horror Within, from Anthony Stephens and Mixed Up Pictures. It stars Lex Wilson, Christina Leidel and Hailey Neblett. If you have been following my blog here for any period of time, you know that I am a huge fan of indie horror films, so I was happy to hear from the head ZIMB guy that I had a new one to watch.

The Horror Within is set in a world much like The Walking Dead. It centers on a small family (John, Kristen and daughter, Sarah) during what looks like a typical day. A typical day, that is, in the Zombie-infested countryside. The tranquil peace is broken by an encroaching herd of undead. Doing what any father would do, John goes into full protector mode and tries to fend off the horde, while his wife and daughter flee into their home. All appears to be going well, until John trips and falls, allowing a Zombie to sink its teeth into his flesh. The intense pain causes John to pass out, just after killing his attackers. When he comes to, he tries to make his way into the house, but finds it incredibly hard to use his hands. Suddenly, the grim reality sets in: John is now a member of the flesh-eating ghouls he was attempting to save his family from. Even worse, his fresh corpse has its eyes locked on Kristen and Sarah, and there is nothing he can do to stop it.

What will happen once Zombie John finds Kristen and/or Sarah? I am not going to give away the ending. Just know, the title of this film explains so much.

I have to say, this film renews my faith in short films. In the past, I have watched thousands of 10-to-15-minute films. In fact, I have written a few myself (only one got to see the light of day). The hardest part of writing these films is trying to get the audience to emotionally latch onto your characters in such a short period of time. It takes a great writer to pull that off and Anthony Stephens was able to do it magnificently. 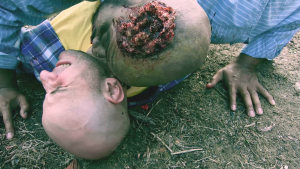 While a great writer can bring you into the world they have created, it takes a team to keep you inside this world. Bad cinematography, acting and special effects can ruin the moment. I have seen it too many times, but The Horror Within has the right mix of everything. The cinematography was great, quickly giving me the feel of a desolate world. The music set the mood. The acting was on point, and the special effects makeup, while subtle, was just enough to keep me trapped in the Zombie Apocalypse created. Everyone on this team of filmmakers deserves applause for that.

Now for what I didn’t like: I always seem to find something that I disagree with or felt was weak in the films I review. The biggest problem I have with this film is its length. It was too short! I found myself wanting to know what happens next! Maybe we will get a sequel soon!

I give The Horror Within a solid 5 out of 5 stars. Other film writers, including some of the elitists, could take a cue from this and understand that not only “less is more” in many ways, but you can come up with fresh stories that have not been overplayed in the theaters around the country. There are stories out there that have yet to be told. Hollywood could learn a lot from crews like this one.

Go check it out (link is above) and tell me what you think. I love hearing feedback from others. Fee free to speak your mind!

Until next we meet, enjoy the #hauntlife.