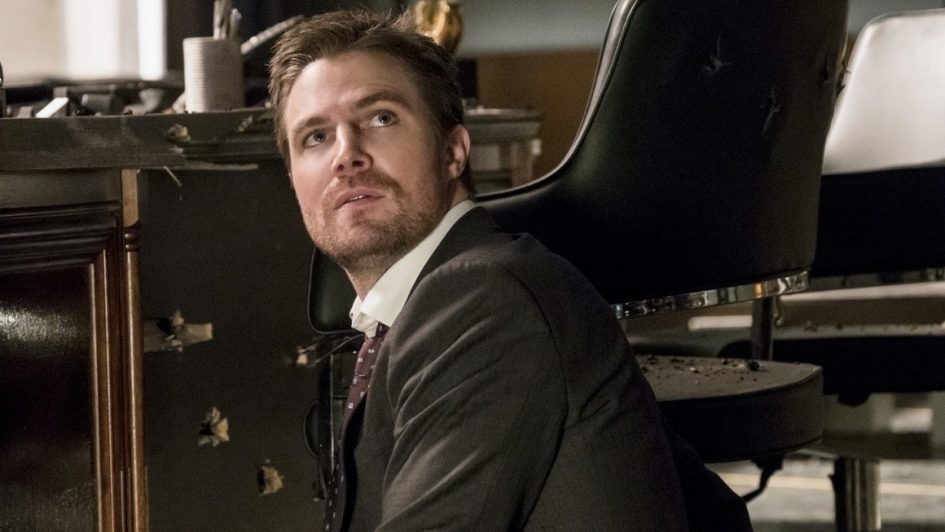 As you sit down to watch Arrow tonight, you’ll probably be glad the somewhat-random sidetrack of last week’s gun control episode is in the rearview. Regardless of which side of the issue you’re on, it was not likely what you expected from a comic book TV show, though with the amount of guns in these CW series, it was a topic that was bound to emerge eventually. Did you catch the most important political commentary, though? Here’s a hint: it had nothing to do with guns.The episode, Spectre of the Gun, (which may have been an homage to the original-series Star Trek episode of the same name) spawned its share of online buzz. The conversations sparked by this installment of the Green Arrow’s television adventures gave rise to a variety of banter, from well-reasoned critical responses to typo-riddled dumpster fires across the web. There is plenty to discuss without even discussing the issue presented by the moral dilemmas and current-event sand traps in the plot line.

Yes, the episode teetered clumsily into positions on both sides of its title topic. Yes, the true character struggle presented served to further a bit of the development of Mayor Queen, as opposed to Green Arrow. No, it didn’t offer a definitive stance on the topic of guns, and that should not come as a surprise to you at all. What TV writer in their right mind would take a side on that topic in such a general and escapist format as one of TV’s hottest superhero shows? In fact, managing not to choose a side is perhaps one of the only writing strengths in this installment, penned by series producer Marc Guggenheim. That’s not to say everything Marc writes is a mess, after all, he’s been behind the story of perfectly good Arrow episodes, as well as many of sister-show Legends of Tomorrow. He does, however, have the, uh, Spectre, of the Green Lantern film in his repertoire.

The Internet has beaten almost every horse concerning this episode, but one big factor has yet to be highlighted to a full enough extent. In a scene between Curtis and Felicity, her unwillingness to even witness a debate between members of her own team is called out. Curtis makes the point that we don’t allow for enough discussion and debate in our culture these days, and that’s how we’ve ended up so polarized.

This scene sets up Felicity as the poster-girl for what is, indeed, a detrimental political affliction in our nation: the non-stance. Already an excellent stand-in for the average, socially awkward geek, Felicity adopts the mantle in Spectre of the Gun of the typical 20-something refusing, not just to take a stand, but to bear witness to the debate. She pawns it off on a notion that nobody will ever agree anyway, so what’s the point, right? This is exactly the kind of notion that feeds into what Curtis was saying, and possibly the true take-away from an episode potentially designed to “get people talking.”

Of course, the disconnect Felicity maintains with an issue that directly affected her, as a shooting victim, is a little bit of an elephant in the room, but the tone of the entire story sets up a lot of space for her to still be in limbo on the topic, in keeping with the episode’s middle-of-the-road tracking.

The big takeaway from this one, folks, is that there is no takeaway, and that’s precisely what the showrunners and writers were likely aiming for (is gun humor OK here?). Creating an episode that makes no solid statement on a very divisive issue, other than the fact that we don’t discuss divisive issues enough, may have been a stroke of TV brilliance, even without the strongest writing and with occasional plot holes. There was enough added development of other characters like Wild Dog and D.A. Adrian Chase to keep this installment relevant, and when viewed with the aforementioned goal of inspiring conversation, Spectre of the Gun could be easily seen as a success.

(Go inside this episode and some of the character developments with the video below.)