The Power of Shazam!

I didn’t think this Shazam! movie would work. It has a horror director at the helm and up until now, the DCEU has been all gritty, all the time. I am not familiar with the screenwriter’s work and the story is based off one of the worst comic book re-imaginings of Captain Marvel’s origin. What’s more, I was sad to hear that Black Adam would not be in this feature, and instead The Rock would portray the antihero in his own stand-alone movie. I had also been scratching my head at the rest of the casting… until I saw the trailer.

I wouldn’t have thought that Zachary Levi would be the right hero to portray Captain Marvel (aka Shazam). I personally think that Patrick Warburton has the right look, from the physique to the face, down to the squinty eyes. But I can also get behind those fans who wanted John Cena in the role, although they probably wanted to see John Cena’s Captain Marvel vs. The Rock’s Black Adam. However, even though Zachary Levi looks like he’s wearing a padded muscle suit, he does have the right disposition and his on-screen comedic chemistry with his costar is… marvelous.

Zachary Levi has been quoted as saying that Shazam! has the feel of the Tom Hanks 1988 movie Big, but with super powers. Personally, this movie reminds me more of Will Farrell’s 2003 movie, Elf, but I could just be getting that vibe because it looks to be set near Christmas.

Is it weird that Shazam! is coming out in April and Aquaman is coming out in December? You’d think the studio would switch those two release dates. In either case, whether Elf or Big, Shazam! sees a kid who has a friend with the body of a grown up, but who is also a kid at heart.

Marketing this movie to both kids and adults, judging by its comedy and themes of family, is a smart move. This helps separate the Shazam! movie from recent, darker Superman portrayals; which is a good thing, considering how similar their powers are. Plus, kids who grew up with the live-action Captain Marvel television series in the 1970s probably have kids of their own by now and this movie might be something to take their own families to.

Captain Marvel has been in need of a return to live action, especially considering how prevalent the word “Shazam” still is in popular culture. You may remember Tobey Maguire shouting “Shazam” in Spider-Man (2002), when he’s trying to figure out how to shoot his webbing. I remember being surprised when Tony Soprano said it in an episode of The Sopranos. Apparently, Gomer Pyle also used to say it as an exclamation and catchphrase. I do remember one of the Herdmans yelling “Shazam!” in the children’s book, The Best Christmas Pageant Ever. I think it’s time for this exclamation to return to its rightful place in pop culture, uttered by Captain Marvel as a source of his powers, and not just in reference to things like music apps.

As a fan, the only downside to this film is that it will expose more people to Geoff Johns’ version of Shazam in recent comics — for which the film is loosely based. Shazam’s alter ego, Billy Batson, has been traditionally portrayed as optimistic, hopeful, respectful and embodying all the positive qualities that make him worthy to receive the power of Shazam. Check out the DC Animated short Superman/Shazam!: The Return of Black Adam for a spot-on portrayal of how Billy Batson should act:

However, Geoff Johns writes Billy as a brat. The comic had garnered controversy for its betrayal of the character. Billy is shown as brash, rude and a troubled teen (Must all heroes these days be dark and gritty?). Much like the portrayal of Kid Flash in Geoff Johns’s run on Teen Titans, it seems that the only way he knows how to re-imagine teenage characters is as moody and angsty. Anyway, the wizard only grants Billy the power of Shazam because he’s out of time to find a new champion and he sees the kind of hero Billy could become. Rewarding someone with poor behavior based on what they might accomplish is a horrible message to telegraph. Fortunately, it looks like the film is only loosely based off the recent comics.

Speaking of recent comics, Geoff Johns will be penning a regular series, thanks to the upcoming film. I cringe at the thought of him polluting the Shazam property further. I didn’t care for the collective of wizards in the Rock of Eternity or the new explanation for the powers for Shazam. I didn’t think the way the wizard went about selecting a new champion reflected his wisdom. Yes, it leads to Dr. Sivana being involved, but there are other ways the villain could have become aware of the powers of magic. Dr. Sivana also looks like a carbon copy of Lex Luthor, when he should be much shorter and have different facial features. Mark Strong (always a good villain) won’t have to worry about this too much, since Jesse Eisenberg is Lex Luthor in the DCEU.

I thought that Geoff Johns’ version of the Shazam kids as Captain Thunder in Flashpoint was a rip-off of Captain Planet. Their powers combined to make Earth’s mightiest hero. You can see what I mean, if you’ve watched the animated movie:

I don’t care for the Marvel Family in current continuity. I get that Geoff Johns is giving Billy Batson some new Lieutenant Marvels, but the team still looks like a knock off of The Planeteers.

Also, I’m going to be pretty upset if Mary isn’t revealed to be Billy’s biological sister, like in the old comics. For a fun look at the sibling dynamic and a great version of the Captain Marvel origin story, pick up Jeff Smith’s Shazam!: The Monster Society of Evil. I also think an accurate depiction of her attitude and character can be found in the graphic novels Formerly Known as the Justice League and I Can’t Believe It’s Not the Justice League.

I don’t like what DC did to the Mary Marvel character in Countdown to Final Crisis. I don’t understand the pop-culture penchant for a good girl gone bad. I would also caution against Geoff Johns’ and Jerry Ordway’s depiction of Billy and Mary in JSA #23 – #25. Having the pure-hearted siblings become so easily corrupted and becoming Black Billy and Black Mary is insulting to their characters. It also makes no sense as to why Mary Marvel would be shown in the same evil outfit from Final Crisis when Desaad possessed her, because this story takes place after Final Crisis and Darkseid’s minions have been defeated. I also rolled my eyes at their being a Rock of Finality and balked at the sibling’s dad as a ghost. The treatment of Black Adam and Isis also reads as more story-driven than character-driven, and felt like a square peg being shoved into a round hole.

That story also sought to undo what Judd Winick had written in Trials of Shazam. If you’re looking for a good graphic novel about Billy’s friend, Freddy Freeman, I’d recommend you pick up that book. Jack Dylan Grazer does make for an excellent half of a comedy duo with Zachary Levi as Shazam. I get that Billy needs a friend. But giving the name of Freddy Freeman to this kid is another way that Geoff Johns undid some of Judd Winick’s writing, as well as all Freddy’s character development in his appearances in the Outsiders, Teen Titans and all the comics from before.

Speaking of Judd Winick, if the DCEU ever wanted to adapt a good story featuring Captain Marvel and Superman, there’s Superman/Shazam!: First Thunder.

Hopefully, I’ve given you an idea of some Captain Marvel stories to check out and what to stay away from. You also can’t go wrong with anything done by Alex Ross. It’s really too bad that DC Comics never accepted Alex Ross’ 2005 pitch to take command of the corner of DC Comics that is the Marvel Family. I feel that he, more than anyone, really gets and respects the characters. Here’s hoping that one day there’ll be a DC animated version of Kingdom Come.

If you want to see how evenly matched Superman and Shazam are, then check out the end of Superman/Batman: Public Enemies or the Justice League Unlimited episode, “Clash,” for a veritable clash of the titans. More of Billy Batson/Captain Marvel can be found in episodes of Young Justice. You should check out that animated show anyway, since it’s really good and we finally got a new trailer for Season 3. It looks like Captain Marvel will at least have a small supporting role: 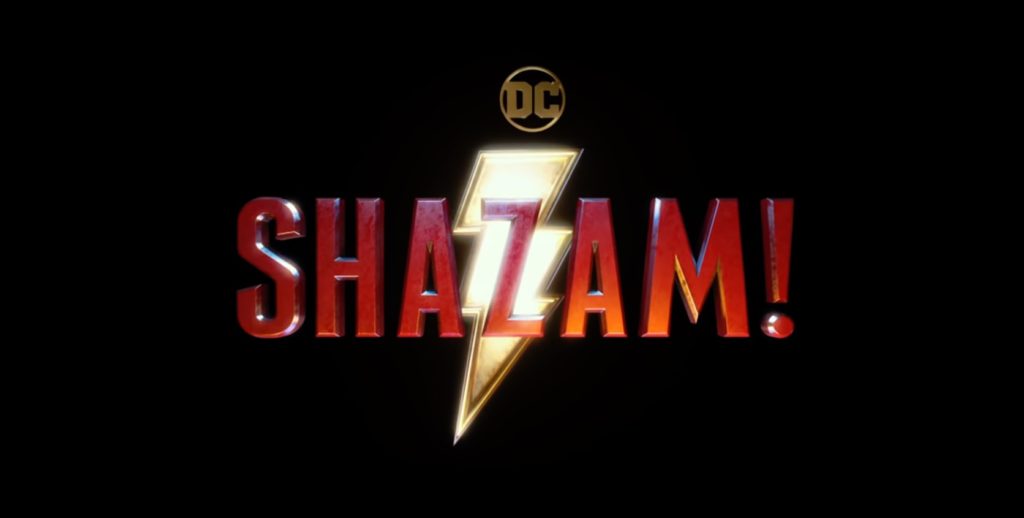