Good or Bad? Legion’s Second Season is Both! 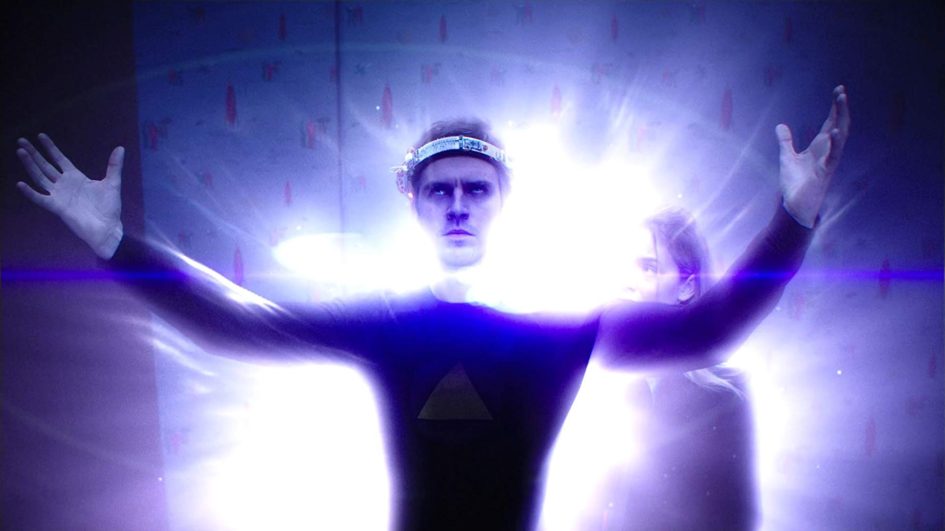 What makes a good villain? What happens when the hero turns bad and the villain becomes good? These questions are posed at different times during Season 2 of Legion, but good vs. bad can also describe the show’s second season, as a whole.

By the conclusion of the season finale, David Haller (Dan Stevens) isn’t exactly sure if he’s the good guy or the bad guy, but he does know that he’s got to escape Division Three in order to figure it all out. Ostensibly, the world killer has been waging an ongoing fight with Amahl Farouk (Navid Negahban), along with himself. In the eyes of some, he’s a psychopath, but among friends, David’s just got issues. While exploring madness was a major topic in Season 1, the second season has indulged in exploring the delusions of the main characters. The Shadow King spent the majority of the season hunting for his body, with David helping him (unknown to his friends) and later hunting him down for revenge. David keeps getting tested, although he does not fully understand the repercussions.

“Maybe we’re all the villains.”

When he’s not dealing with battling the major antagonist of the series (or himself), he’s also time traveling, dealing with Future Syd, who further complicates his life. Destiny and fate are discussed, but if someone is influenced into making a choice to prevent a certain outcome, is that really fate? It’s closer to a choice, instead of destiny.

The monsters are both real (a Minotaur, really?) and hidden below the surface (mental issues). Everyone’s got their own demons to hide in their lives and David is learning about them all, one by one. There’s anger, pain, fear, betrayal and treachery all on display, even time jumps, flashbacks and mind tricks intentionally done to mess with the viewer. See-sawing camera angles can get ya dizzy, so can the swell of storyline that seemingly bounces in all directions, but the biggest complaint of the season is the excess.

Excess by Showrunner Noah Hawley almost overran Season 2. As far as storytelling goes, his direction is award-winning caliber. He is prideful about giving the audience something they’re not expecting… instead of actually creating a comprehensible storyline that doesn’t make you feel tired just trying to concentrate fully on what you’re watching. Telling an out-of-the-ordinary tale led to an insanely ridiculous ride, including at least two entire filler episodes that had absolutely NOTHING to do with the overall storyline that should never have been filmed. There were song battles and cartoon imagery that existed for no other reason than wasting time. There were so many WTF moments strung throughout the narrative and never enough answers were given to the questions posed.

Unfortunately, the great supporting characters that previously made this the strongest Marvel TV show of the bunch last year are merely there along for the ride in Season 2. They are unfortunately wasted (with the exception of Lenny’s return to the physical world), when they should have received more importance in the storyline. The Mi-Go monks played a major role, along with their moving monastery, but we still don’t know why they were so important. David’s split personalities have finally taken center stage, so perhaps Season 3 will be more like Split and less like Agents of S.H.I.E.L.D.

The set design is incredible (and looks incredibly expensive), Kerry’s fight scenes are always great, but why is David always wearing high-waters? He truly is insane! With the generally accepted superhero tropes being flipped onto their heads, as villains are now heroes and heroes are now villains, can David (who was finally labeled “Legion” in the season finale) be both the good guy and the bad guy of the show, simultaneously? I say bring it on. More complexity to an already-complicated story is fine, but I intentionally took longer than normal to watch all 11 episodes, so I can fully focus on its themes. In fact, if ever there was a need for an After Show, it’s Legion, as I need go straight to multiple wikis to see what exactly just happened and what I may have missed in each episode.

“You think ghosts like living in a haunted house?”

Turning the team members of Division Three against themselves was more powerful than the Shadow King, himself, leading to a great cliffhanger to an already up-and-down season. Hawley’s gotten intentionally more confusing with his non-linear, style-over-substance storytelling full of bloated episodes (please drop the Minority Report plots, already), but there’s only one character who could bring balance to the show and possibly help David resolve this uneasiness teetering between good and bad: His father — Professor X! Bring him in for Season 3. Then the fireworks will really begin!