Even Chris Pratt Can’t Save The Tomorrow War 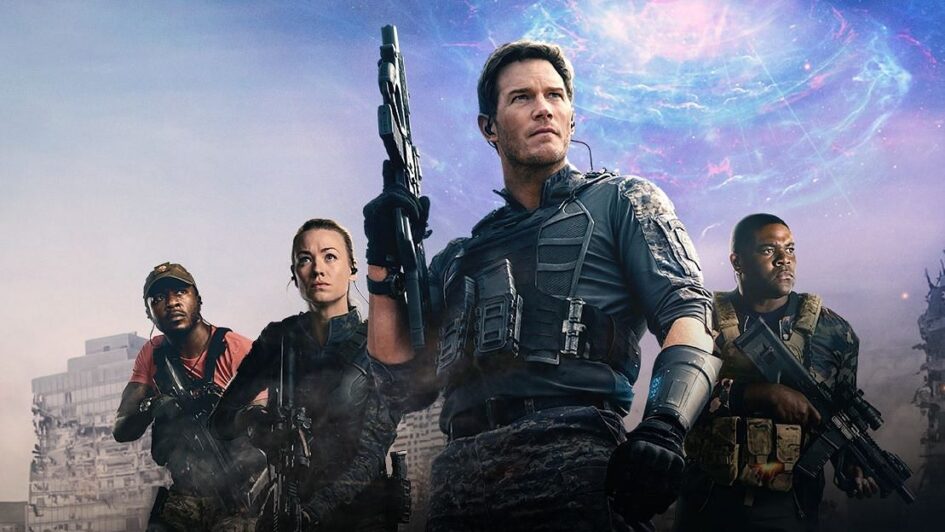 Chris Pratt may be one of the hottest stars in Hollywood right now. When you look over his resume, it’s not hard to see why. Movies like Guardians of the Galaxy, Avengers and Jurassic World immediately jump off the page and let you know he is an A-list celebrity. And even when he is not appearing in person in hit films, he lends his voice-acting talents to films such as Onward and The Lego Movie. It seems like almost anything he touches is a blockbuster hit. So, you would think that when Pratt was attached to a sci-fi war film called The Tomorrow War, it was a shoo-in for success.

Unfortunately, The Tomorrow War is anything but a good film.

The Tomorrow War takes every possible trope for sci-fi war films and mashes them with time traveling, hoping for something monumental. We have people traveling in time to fight insect-like alien invaders who have come to Earth. It’s like director Chris McKay spent a weekend watching The Terminator, Starship Troopers, Time Cop, Aliens and Edge of Tomorrow. After that bender, he sat back and said, “You know, I now have an idea for the most amazing film, ever!” Unfortunately, whatever drugs that may have been involved were not good enough to make a competent film.

In 2022, soldiers from the future come back in time to warn the world’s population of an impending alien invasion. Desperate for more fighters due to the massive onslaught, the soldiers enlist the aid of current-day civilians for the fight. Former Green Beret Dan Forester (Pratt) is drafted into the war effort. Dan is sent to the future via a Jumplink (locations that allow time travel), where he works with his grown-up daughter, Muri (Yvonne Strahovski), who comes up with a toxin that will kill the aliens, known as Whitespikes. As they overrun the final Jumplink, Muri sends her father back to 2023 with the toxin, leaving him the only hope for saving the future. 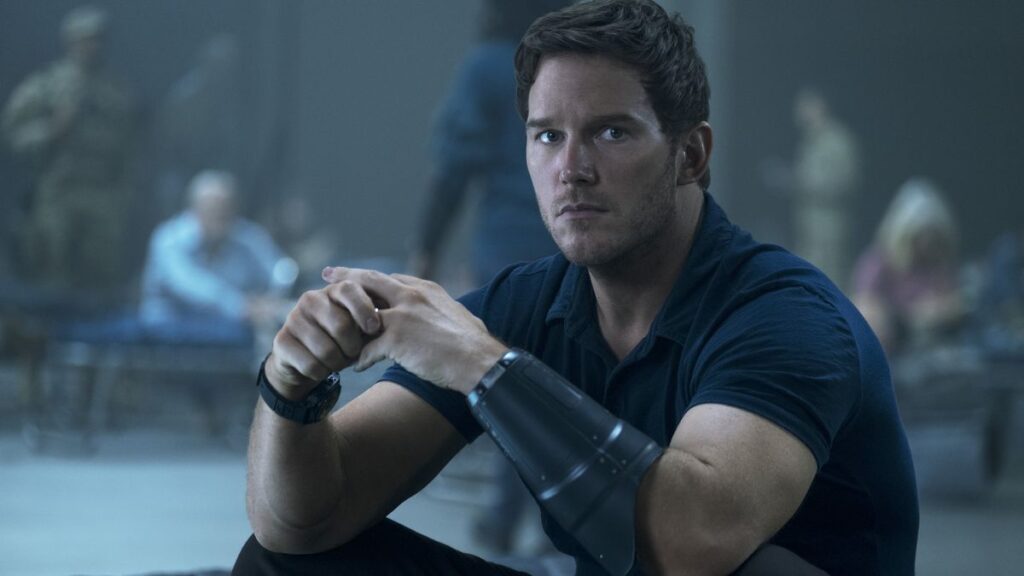 Beyond the star power of Chris Pratt, The Tomorrow War also features J.K. Simmons as Dan’s father, James. Betty Gilpin portrays Emmy, Dan’s wife, and as mentioned earlier, Yvonne Strahovski plays Dan’s daughter. Not a weak cast of actors, in my opinion. All of these actors have strong backgrounds in film and TV. Simmons has probably as many “big movie” entries on his roster as Pratt, if not more. You would and should expect big things from a cast like this.

Unfortunately, the storytelling fails miserably. Everything is completely cliché in The Tomorrow War. Within minutes of seeing where the film was going, anyone who has seen any sci-fi film knows what is going to happen next. There are no, “Wow…I didn’t see that one coming” or “Never seen this before” moments. Every single thing that happens in The Tomorrow War is predictable. This type of incredibly lazy storytelling ruins any chance of the film being salvaged from the pit of mediocrity.

For those who have seen the Starship Troopers film series, the Whitespikes are incredibly similar to the alien bugs. In fact, one of the main arcs in The Tomorrow War involves soldiers having to capture a single alien, so they can take it back to their labs and find way to kill them quickly. This is just too lazy for words to express. It’s like McKay said, “I loved that Casper Van Dien film, so let’s just do that again.” Everything about those aliens is pretty much the same.

Maybe he should have aimed his sights a little higher when it came to “good” films.

The Tomorrow War gets two out of five stars from me. This movie shows that no matter how much star power you bring, lazy writing and replayed tropes will lead to a bland and downright bad film. Director Chris McKay had a great opportunity to shine. He blew it.

With the rumors of him heading up a film based on the DC Comics character, Nightwing, I hope The Tomorrow War is that “one bad egg” every director is entitled to have.